The album consists of eight pieces of music that I have composed. Discover the great musicians who will be participating and how to help me

Contribute to the project
View project in Euskara and Castellano

Hi! I’m Eneko Azparren, trombonist and composer. I have studied at the Navarre and Paris' music Conservatories. We want to record the album Elements. This recording will consist of eight pieces of music that I have composed during the last years. They are written for different instruments of diverse styles.

Will you help us make this dream come true?

The main objective is covering the cost of the recording studio and the production of the CDs. The recording will be made in “Pottoko Studio” in Beasáin (Basque Country) and conducted by Fredi Pelaez.

In exchange of your help, you will have the possibility of receiving the following rewards: 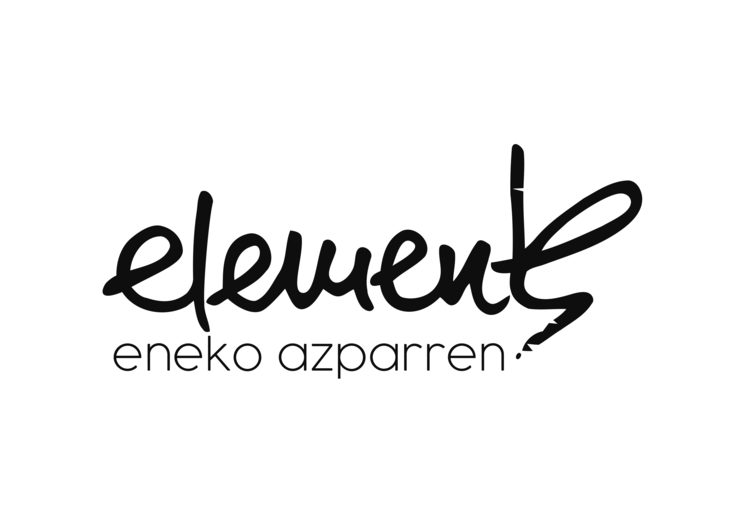 What will be the deadline of sending these rewards?

Although the current situation may delay the programmed deadline, the initial intention is to finish the recording around March 2021 and send the CDs before the summer of the aforementioned year. The pieces of music for the chamber music bands will be finished by the end of October 2021.

If we surpass our goal… We’ll make the project bigger!

The best thing about music is playing it and enjoying it live. That’s why if we surpass our first goal, we will set a new one consisting in making a presentation concert of the album in a concert hall in Navarre with all the musicians participating in the recording. If we also achieved this, we have more ideas on the table. As long as we attained our goals we would explain new ones in detail. Help us get this project off the ground! Be a patron of Elements! Follow our news about this campaign in my Facebook profile (if we aren’t friends yet, you can send me a request 😉):
https://www.facebook.com/eneko.azparren

What will you hear on the album?

- I obtained my Masters Degree in Trombone at Navarra Higher Conservatory with Miguel Sansiñena, completing the degree with honours and end of degree special distinction award (2002).

- After working on various compositional aspects with Gorka Pastor, Ion Celestino and Javier Olabarrieta, I started my Composition Studies at Navarra Higher Conservatory (2016), studying with Maxi Olóriz, Jaime Berrade and Joseba Torre, among others.

- Along with the Navarra Higher Conservatory Orchestra and under the direction of Jesús Echeverría, I premiered my work Tronboi baxua for bass trombone and orchestra (2004).

- I participated as a trombonist with the Euskadi Orchestra in the opening concert of Mike Oldfield's album Music of the spheres; held at the Guggenheim Museum in Bilbao, under the direction of Enrique Ugarte (2008).

- I performed under the baton of the conductors Krzystof Penderecki and Pierre Boulez.

- I made the arrangements for the concert Brass on Broadway, commissioned by the VI edition of Tubala Brass Week (2018).

- Commissioned by Euskal Herriko Txistulari Elkartea-Nafarroa (The Basque Country’s Association of Txistularis) I made two arrangements for the 60th edition of the Alarde de Txistularis in Pamplona (2019) and composed the piece Oroimenak for its 61st edition (2020).

- I composed the work Kolore Zortzikoa, commissioned by the VIII edition of Tubala Brass Week, which was released by the metal group Euskadi Brass (2020).

- I am a founding member of Pamplona Brass Quartet and of the group Superacid.

- At the present time I am a trombone teacher at the music schools of Berriozar, Ansoáin and Aranguren, Navarra. 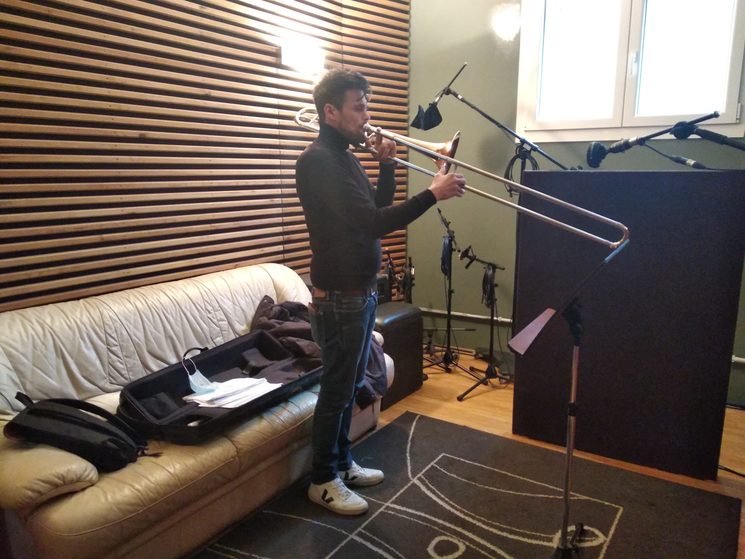 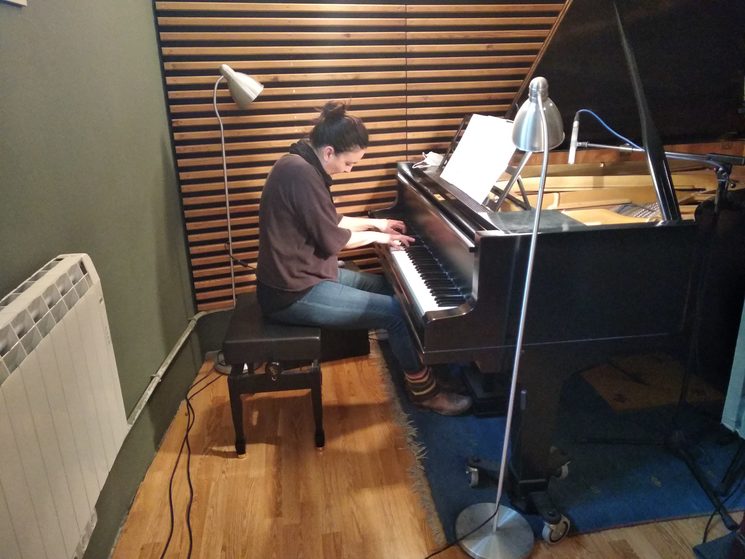 Pictures from the sixth recording session of Elements! Miguel Tantos and Endika Gutiérrez recorded “Eztabaida", a work for trombone and piano. 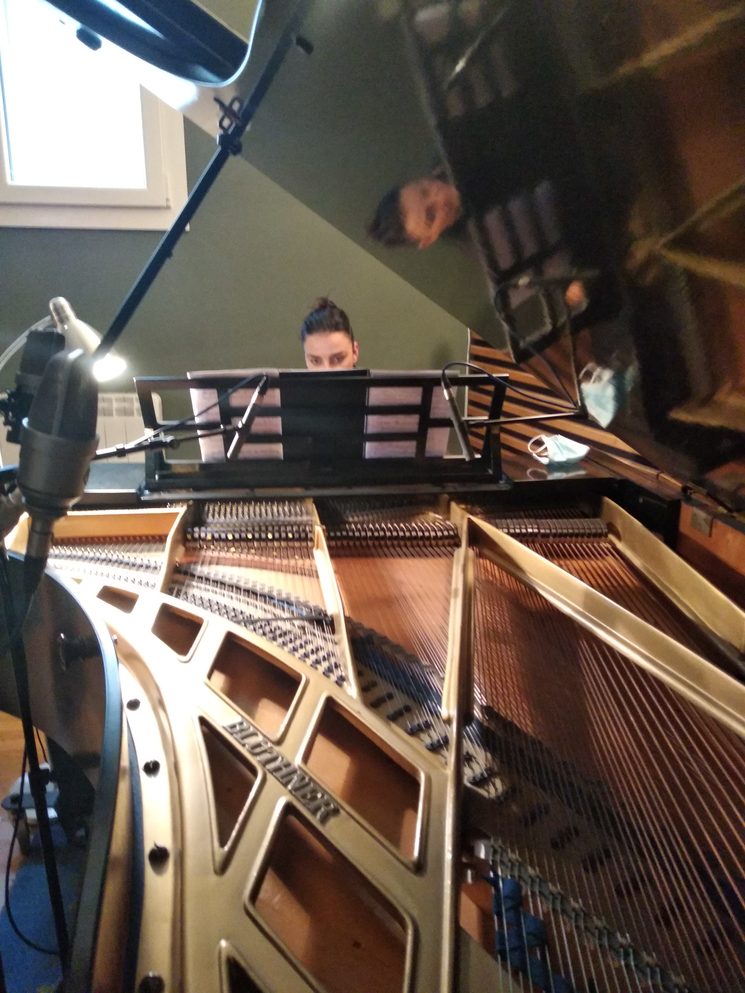 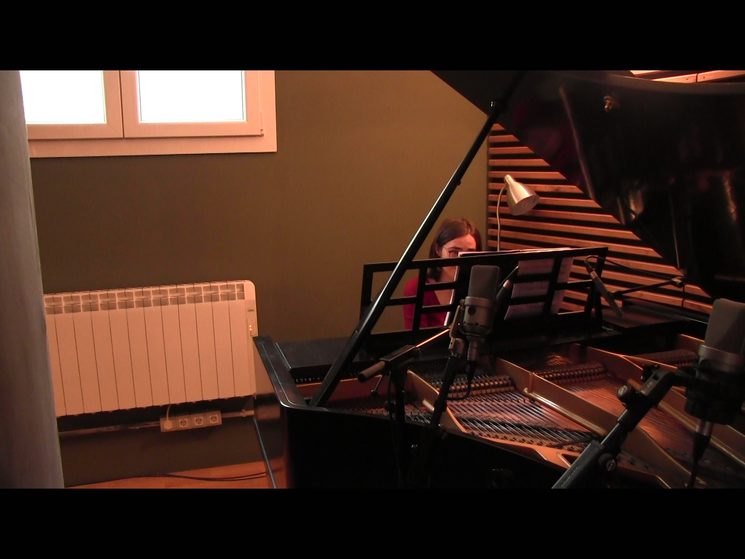 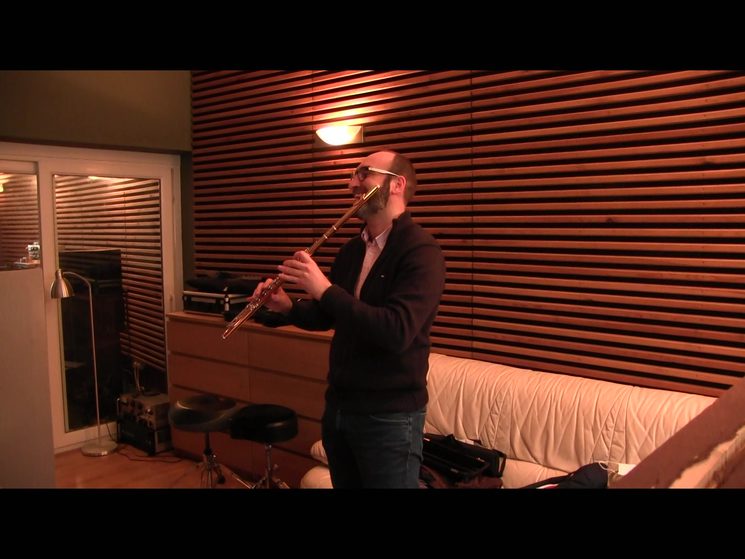 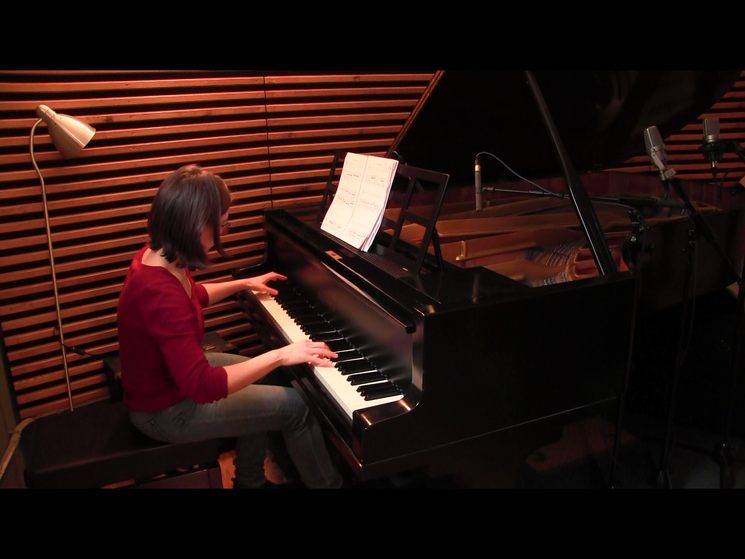 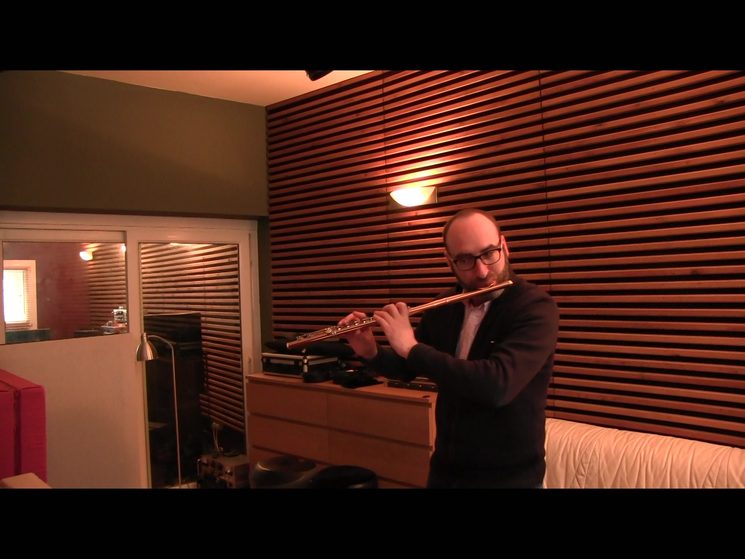 Pictures from the fifth recording session of Elements! Alicia Torrea and Óscar Catalán recorded “Elements", a work for flute and piano.

Last rehearsal before the fifth recording session of Elements ! 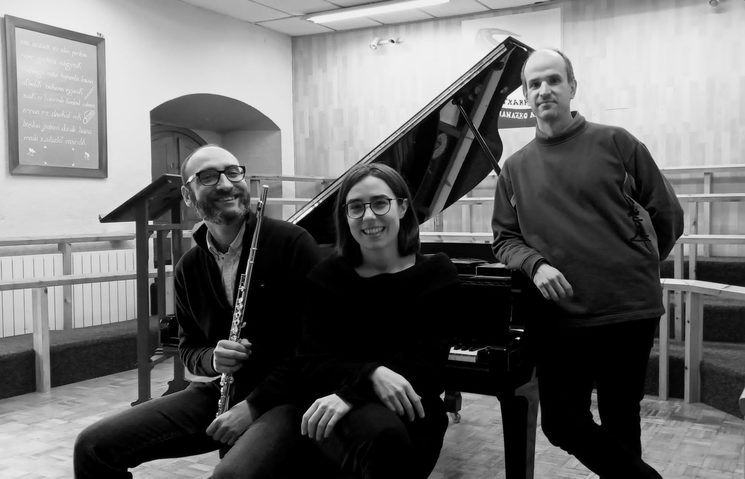 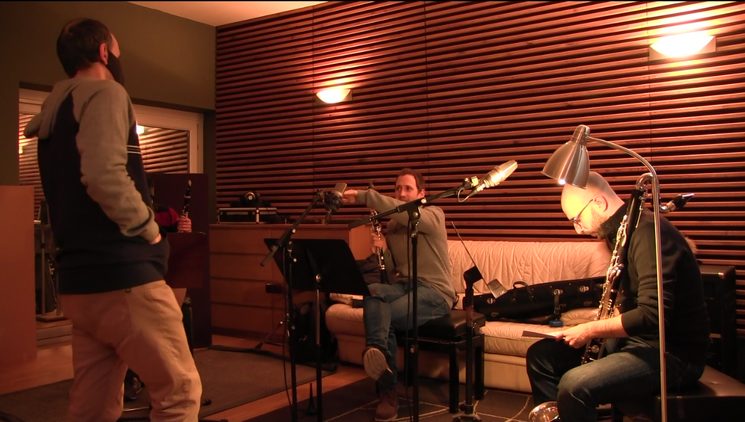 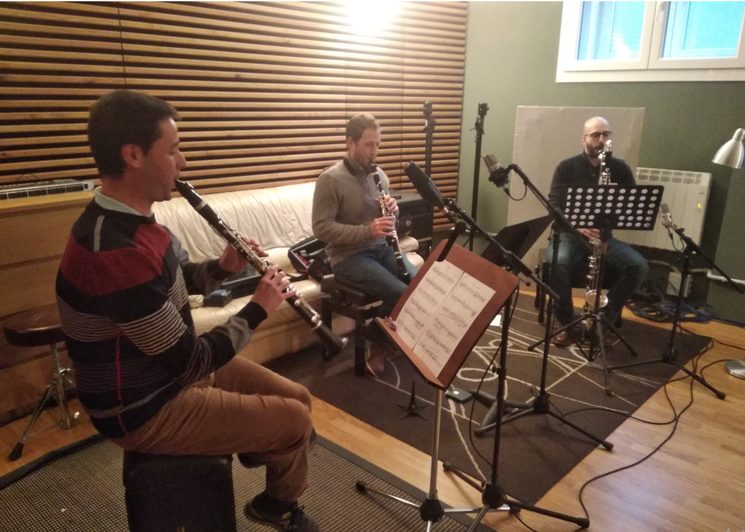 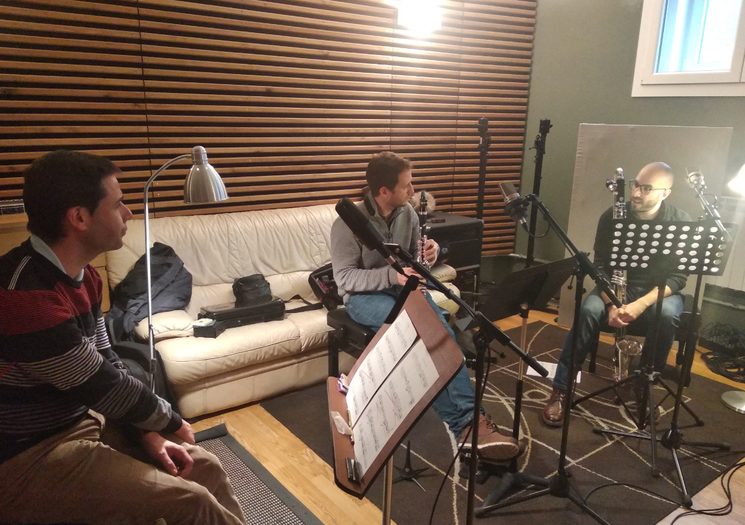 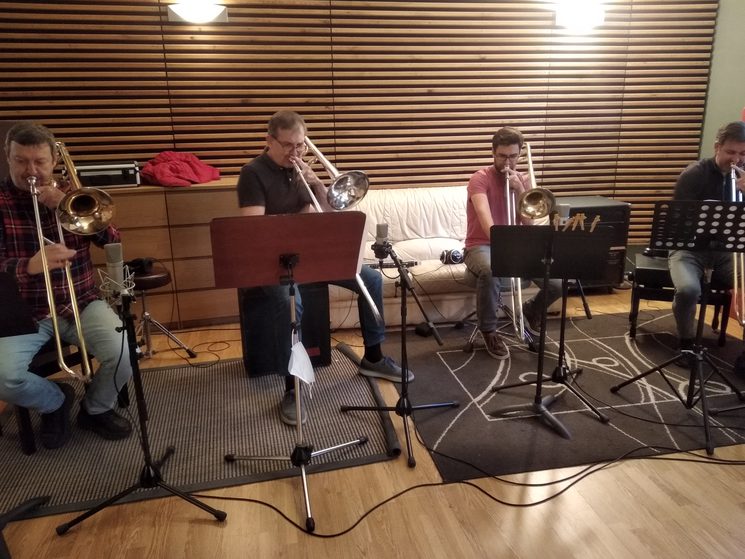 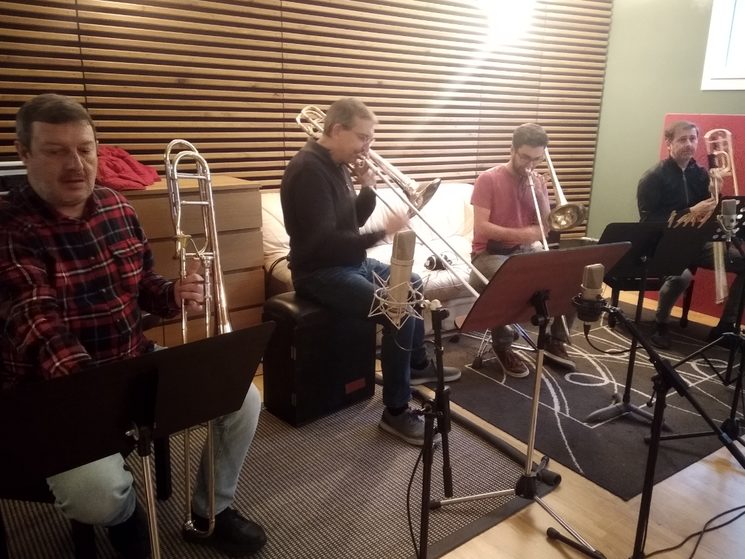 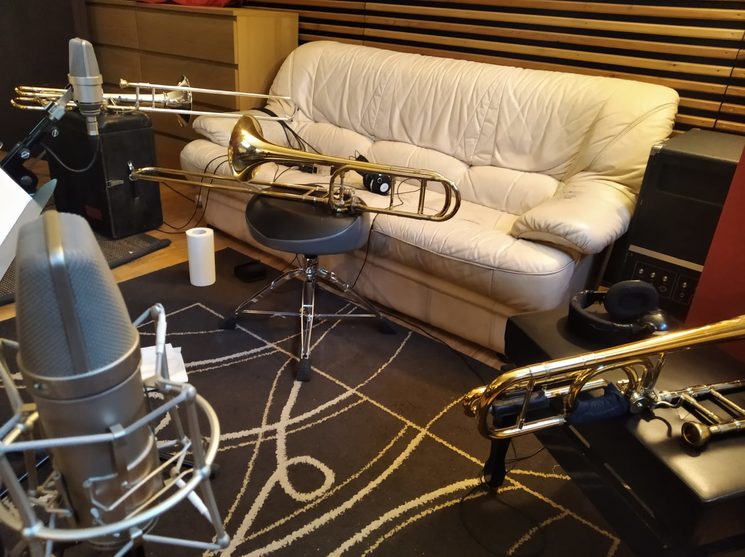