Support the recording of Lucho's first album "La Luz Que Nos Quema" which will be produced between the last week of March and the first week of April 2015 at the El Maco studio (www.elmacostudio.com) in Alzira (Valencia).

Contribute to the project
View project in Castellano, Català and Deutsch

CONCERT WITH LUCHO AND NATASHA

“La Luz que nos Quema” contains the songs that I have written and perfected throughout the past two years; most of them in 2014, the same year that Natasha joined the project. Within that year, Natasha and I performed in a variety of different places all over Berlin – the city in that we both live at the moment. The LP is, however, not just a musical project, but rather a cross-genre effort as we were supported by the artistic contribution of the painter Francisco Hernández Martínez. Not only did the Valencian design the cover of the album: He also created a painting for every single song that is part of the record. Thus, an artistic symbiosis of music and painting came about.

What your contribution will be used for

The total amount of money raised will be used for the recording, mixing, mastering and editing of the physical CD. The recording will be supported by a full band, including drums, bass guitar etc. I already invested my entire savings (approx. 2000 EUR) into this project, which unfortunately does not cover the entire costs incurred for studio and production. Thanks to Verkami, who provide me with this platform, and thanks to you I can shape and realize this project in the form that I believe it deserves. 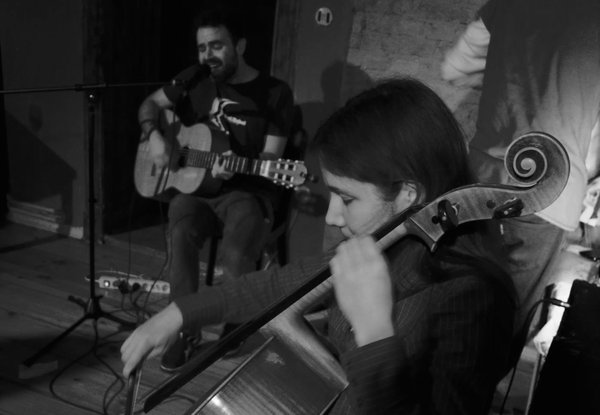 Don’t forget that your financial support will be compensated with a personal item of thank you. The rewards available include a digital or physical recording of the album, an original signed painting of the Spanish painter Francisco Hernández and a private (living room) show.

The recording will take place between the last week of March and the first week of April. The shipping of rewards will start in June. 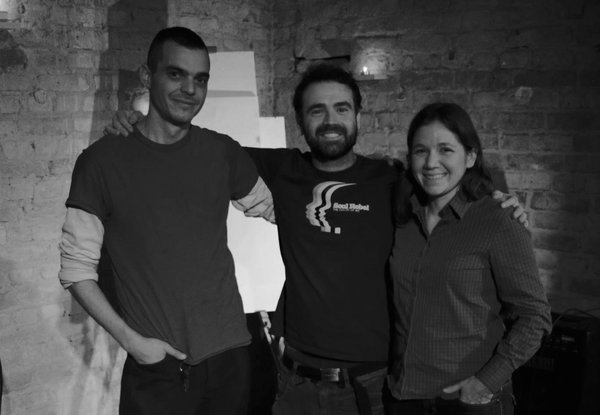 CONCERT WITH LUCHO AND NATASHA