It is a no-profit artistic-cultural event based on free expression. An unique, explosive and exciting experience that invites all the participants to open themselves to the others. The magic of collaborating, sharing and donating in a wonderful atmosphere where everything becomes possible.

Contribute to the project
View project in Castellano, Català and Italiano

Home-made lunch, drink and concert for two people in the opening of the festival
+ Festival postcard
+ Personalized festival program
+ Thanks in our web
+ Send us a photo for the thanksgiving picture

The Benimaclet conFusión festival is an artistic-cultural event based on free expression, it is free and no-profit. It tries to promote and stimulate collaboration and social cohesion among people by any kind of activity.

Anyone can be part of the festival by an open call in our web: it can be his/her art, his/her knowledge, his/her time or also his/her space. With the proposals received, we organize a program that during the 17th and 18th of October will transform the streets, the houses and the cultural centres of the charming Valencian neighborhood Benimaclet into a stage of concerts, theatres performances, circus shows, exhibitions, workshops and much more. 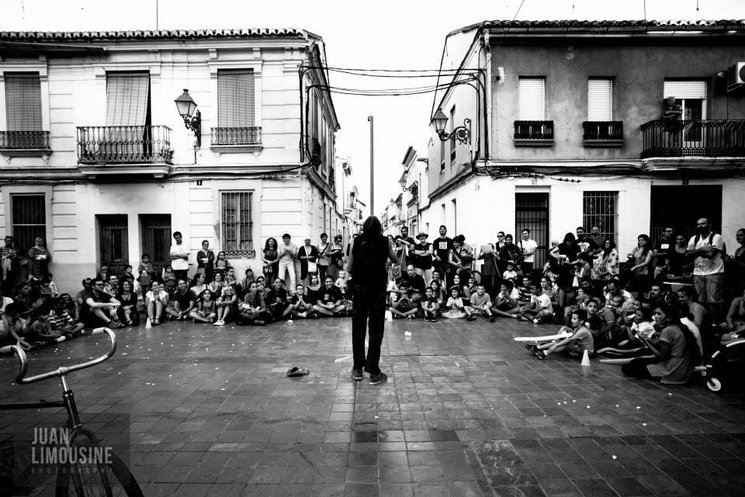 An unique, explosive and exciting experience that invites all the participants to be opened to the others. 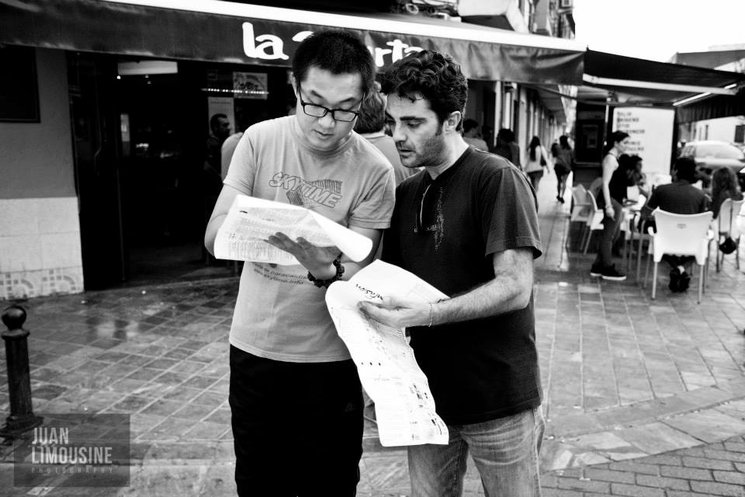 All the people will have the possibility to enjoy the festival for free planning their proper route.

Motivation and to whom the project is directed

Simply by being human beings, beings so complex who are able to think, feel emotions, communicate, grow day after day ... we all have an enormous potential. Behind each life there is hidden a so special and particular world that would be worth of being explored, which would surely teach us something new.

It is across creativity that people transmit their vision of these worlds and their way of estimating the reality in which everyone is a teacher. Creativity flows with more force when we do not put limits to what we can say or think, when we are free of expressing any idea. It is at that time when innovation appears, and from innovation there comes the change. 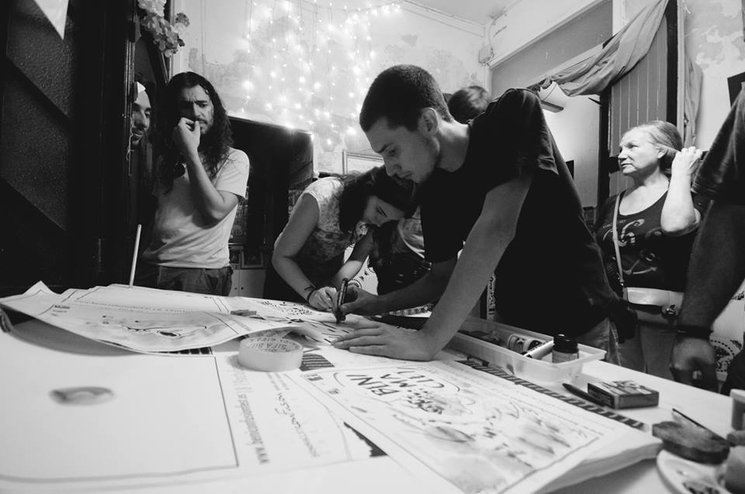 The Benimaclet conFusión festival is born with the aim to motivate any person to share his/her creativity with the others.

For whoever wants to take part, the festival can be an occasion for sharing arts and ideas. For the attendees, it is a possibility to enjoy different types of performances, workshops and exhibitions. For the neighbourhood itself, it is a perfect occasion for being valued in all its aspects.

This is the second edition. The first one, in October of the last year, had a great success since more than 130 artists took part in 40 different spaces among houses, cultural associations and points in the pedestrian street. During the two days of the festival, there came more than 5.000 attendees.

Our team is composed by dozen people, each one specialized in a different field and constantly compromised with the organization. 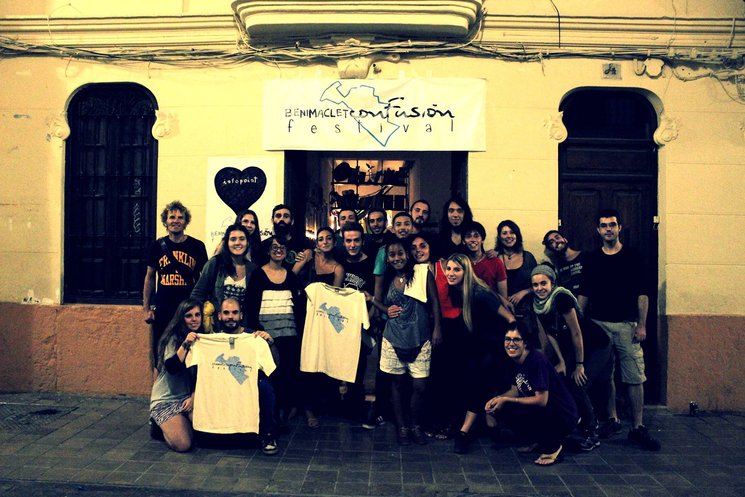 In addition, last year, more than 40 volunteers helped us and took part in the phases of management and accomplishment of the festival. We are a dynamic group, always open to the dialogue and to support forms of horizontal participation, without hierarchies or restrictions.

What we need your contributions for

The organization of a such kind of festival requires long time and many efforts. We do it because we strongly believe in the others, because we are sure that sharing ideas, knowledge and gifts is something which can make each other closer. We do not want to get any money return but we do have expenses we must cover:

If anyone who trusts our project contributes with a small drop, soon the glass will be full and nobody will be thirsty.

Any of our supporters will receive a personalized program of the festival and will have the possibility to send us a photo or an image that we will use to create a thanksgiving picture which will be showed during the event.

The shakers and the ocarinas are printed by Laboratorio de Fabricación. 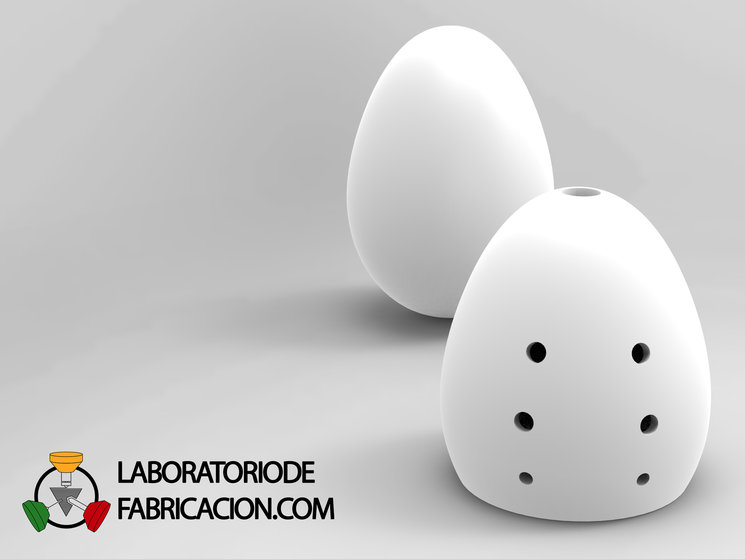 The T-shirts and the tote bags have been designed by Menta and printed by Goatxa. 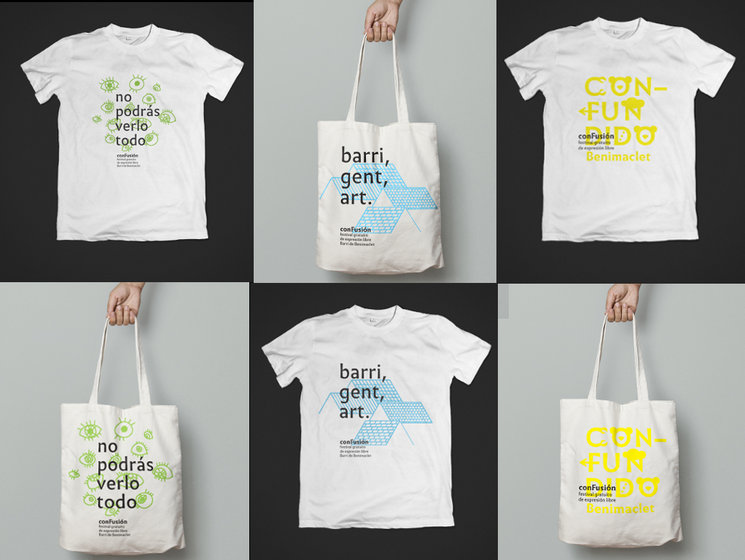 While the printmakings of Toto can be recollected starting from the first day of the event, the personal portrait will require some more days. Who decides for this reward will have to send a own photo or organize a personal meeting with Toto. 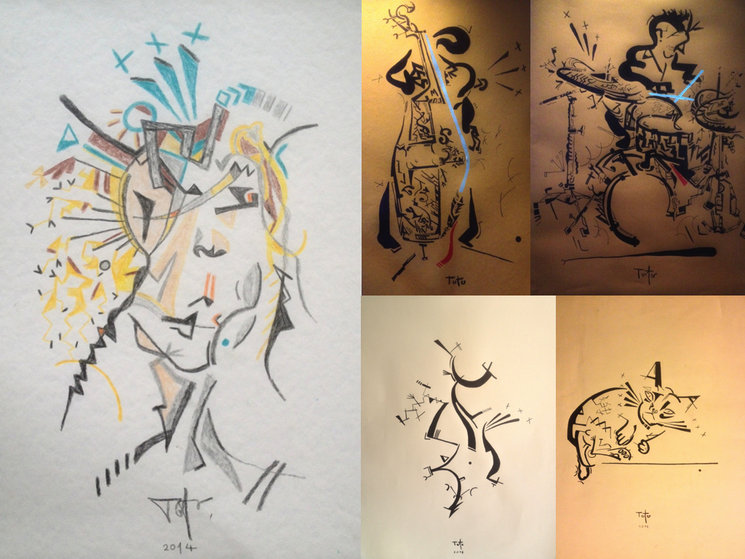 Finally, talking about rewards, it is important to remark the collective returns which are generated by the festival:

Other ways to collaborate

The more, the merrier. Be part!

During the two days of the festival, we need to borrow amplifiers, microphones, lights and everything that you could lend to the artists during their performances.

Stationery
For the workshops that will organize in the streets, we need stationery material of all kinds. Write us at contacta@beniconfusionfest.es

The festival will be in the weekend of 17th and 18th of October 2015, from 11.00 am to 10.00 pm. The idea is to deliver the rewards during the event and eventually to mail them by the end of November. 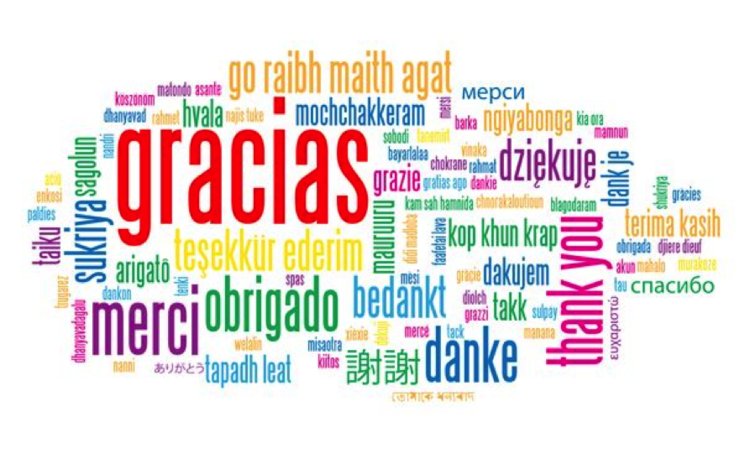 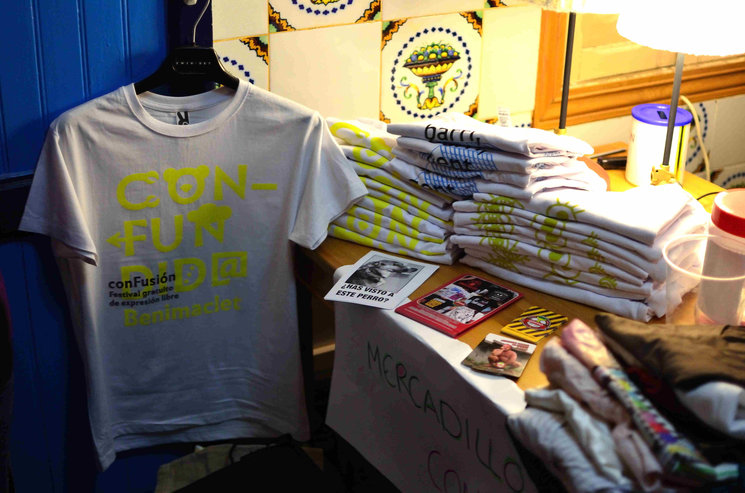 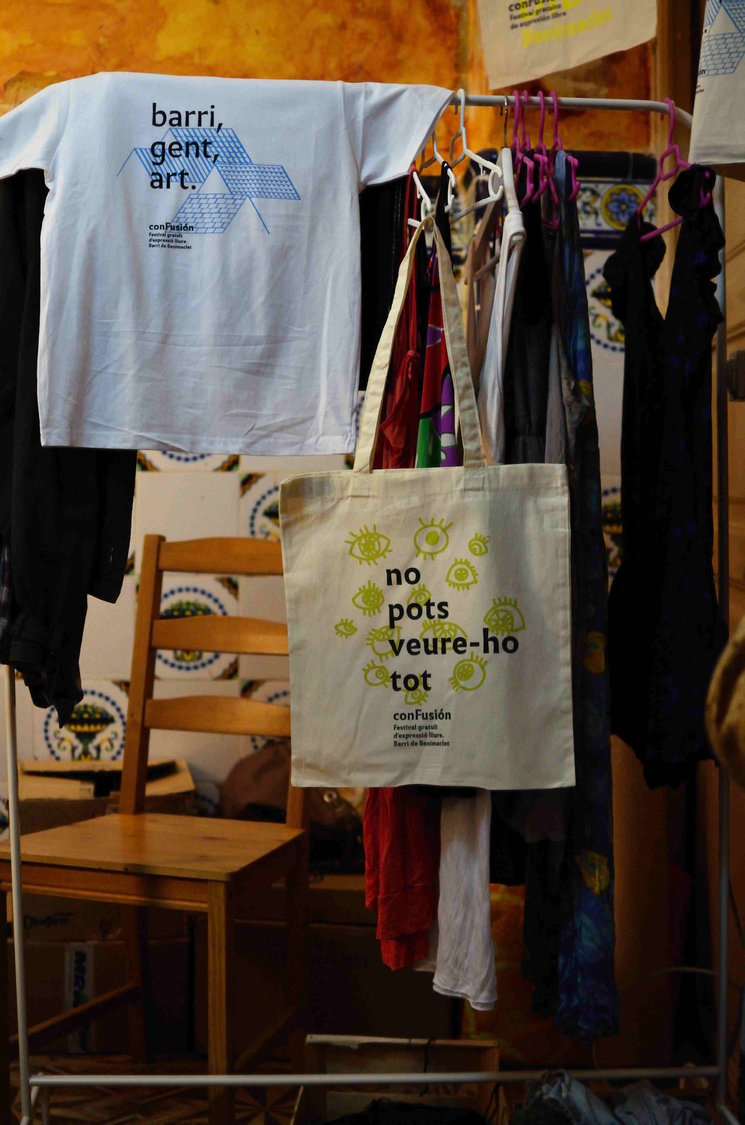 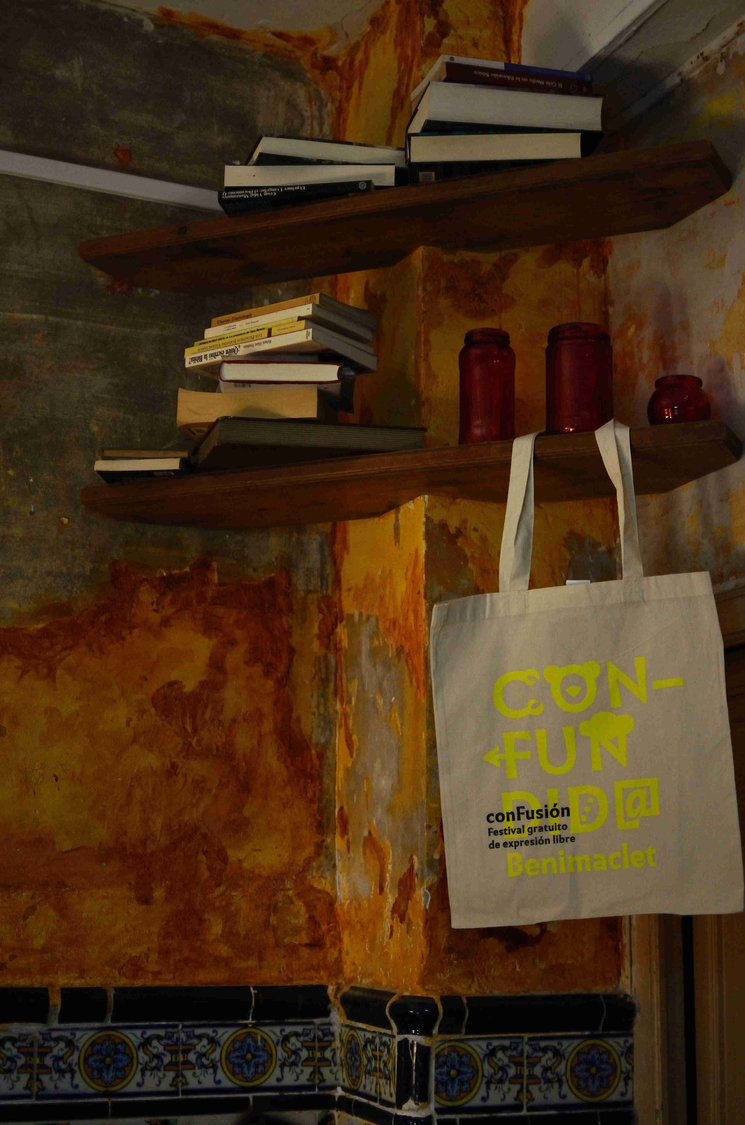 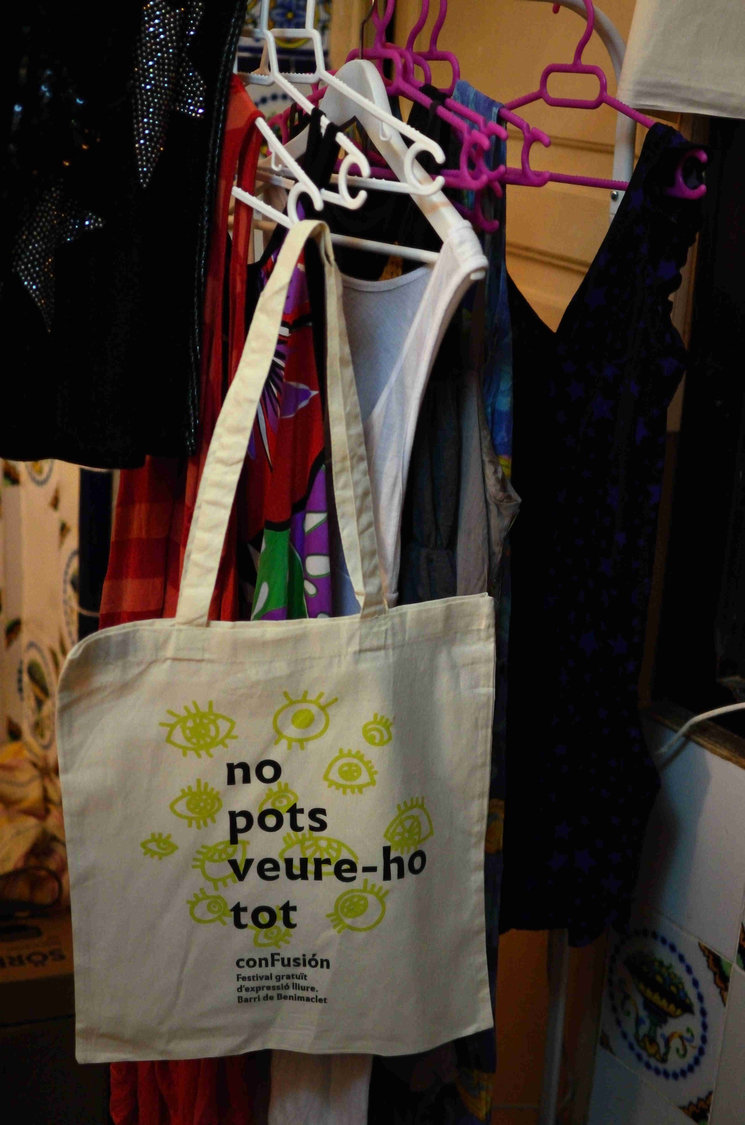 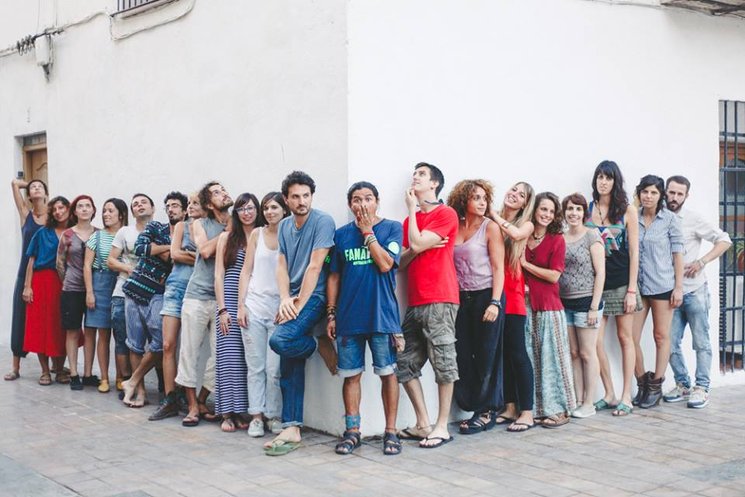 Home-made lunch, drink and concert for two people in the opening of the festival
+ Festival postcard
+ Personalized festival program
+ Thanks in our web
+ Send us a photo for the thanksgiving picture