After eight years since the birth of Zavasax, it is time to record our first studio Cd. Be our patron and part of it.

Signed and dedicated CD
+ Acknowledgments on our website and social networks

After eight years since the birth of Zavasax, it is time to record our first studio Cd. Be our patron and part of it.

In these difficult times for the music, we ask for your support and patronage for this project we are sure will not leave anyone indifferent.

We put our music, be our patron and part of it. 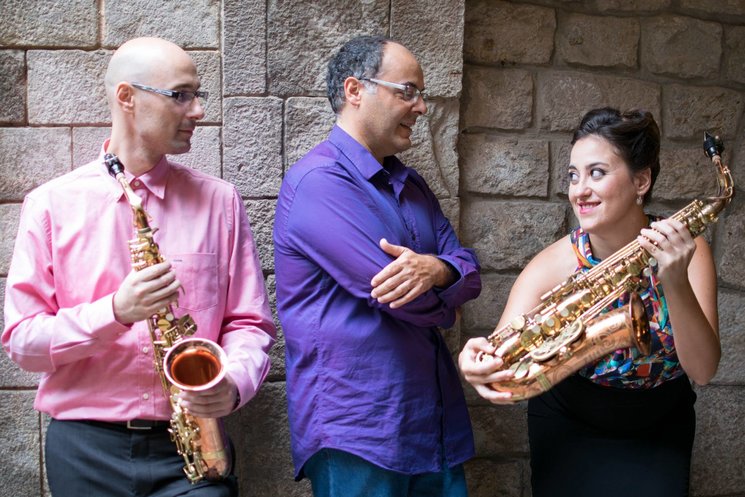 Zavasax Saxophone Dúo is formed in 2007. Its members Javier Alloza and Juana Palop, the first two Spanish students of the class of saxophone Arno Bornkamp at the Conservatorium van Amsterdam.

"Zavasax" work there under the guidance of Arno Bornkamp and Walter Van Hauwe. With an intense concert and educational work, they have been awarded the 3rd Prize of the Chamber Music Competition Jeunesses Musicales.

Both have played frecuently at the Madrid Symphony Orchestra* and Royal Theatre. They were assistants Arno Bornkamp in Conservatorium van Amsterdam several times and required as jurors of the department of wind

They are currently engaged in recording his first cd at the Neu Records studio will go on sale in 2016.

What we allocate money

"Inventions" was recorded in March and July 2015 in the Auditorium "Eduardo del Pueyo" in Zaragoza.

The money will go entirely to the postproduction and mastering the disc by Neu Records. For this occasion, we had the invaluable collaboration of Juan Carlos Cornelles, professor of piano at the Conservatorio Superior de Castellón.

Private concert: To be determined by the sponsor

Signed and dedicated CD
+ Acknowledgments on our website and social networks