EnFemme tells the story of a community that practices cross-dressing at a private club in Barcelona. It reveals the Secret that can not be kept hidden anymore. We disclose the fluidity with which the community live with their gender and sexuality in a world that constantly request position

Screening and Colloquium at your town (Catalonia)

Screening and Colloquium at your town (spanish state)

10 Photographies by Mar C.Llop in Bcn

Screening and Colloquium at your town (outside spanish state)

Choose how to combine your reward

About the project Read more about this project 13 updates Community

EnFemme is not just a documentary about crossdressing in the Catalan context. EnFemme (as a woman) is the name of the private club in Barcelona that has been a shelter and has pushed and accompanied many to step forward in their lives. This project witnesses the birth of this community.

The project shows the links inside the club, the support to personal identity and body projects, the recognition of the others' pain and desire, as well as the links with their families. The documentary aims to create alliances between people and groups working for the acceptance of the free body presentation and gender expression, together with the eradication of the gender violence and the LGTBIphobia.

Video in English subtitles below

What is the documentary about?

With the boom of the Internet, a group of individuals that start thinking of themselves as cross-dressers emerges. They were not fitting with the travestí, the iconic image left by the sexual liberation movements during the late Francoism or "Transition".

The documentary aims at revealing the silences of a life experience that has remained hidden for years. It deepens into the complexity of the decisions once the persons are exposed "out of the closet" after twenty, forty or sixty years. It browses among the doubts, fears and opportunities that emerge in the family as the "Secret" comes to light: I like to dress like a woman. The documentary also addresses the difficulty of sustaining the ambivalence of gender in our society.

Some of the main characters

Sofia Dior
“Soul” of EnFemme and president of the club for nine years. She is a reference in the international “cross-dresser community“. She is the linking host for the newcomers to the club. Her drive, together with others, has eased the entry of the cross-dressing scene into the political movements pushing for the despathologization of the Trans identities. She succeeded in including the discrimination of the gender expression in the debates of the Law 11/2014, devoted to protect the rights of Lesbian, Gay, Bisexual, Transgender and Intersex and to eradicate homophobia, the biphobia and Transphobia, at the Catalan Parliament. 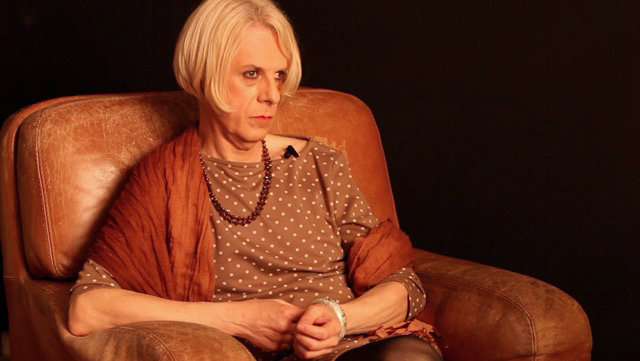 She always finds a small slot in her agenda to come to EnFemme to get dressed. She is more than sixty and is co-director of a company. Shortly after marrying, she tried to share the experience of cross-dressing to her wife. The refusal led her to continue the cross-dressing in secret. Month after month she saves a little money, which spends on clothes, makeup, travel, holidays, etc. She has traveled to London to visit icons such as the Way Out club or the shop Transformation. 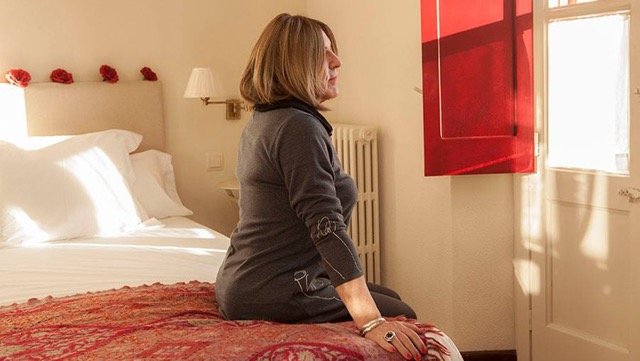 She lives in Barcelona. She is in her happy forties doing research in a scientific institution in the field of Natural Sciences. The skin of her gender is fluid, and flips from black to white and viceversa, without passing through gray. For years she shared the experience of dressing up with her previous couple. She has met other groups in Madrid, Paris or New York. She is a beginner activist and member of the Generem! Trans* Association. 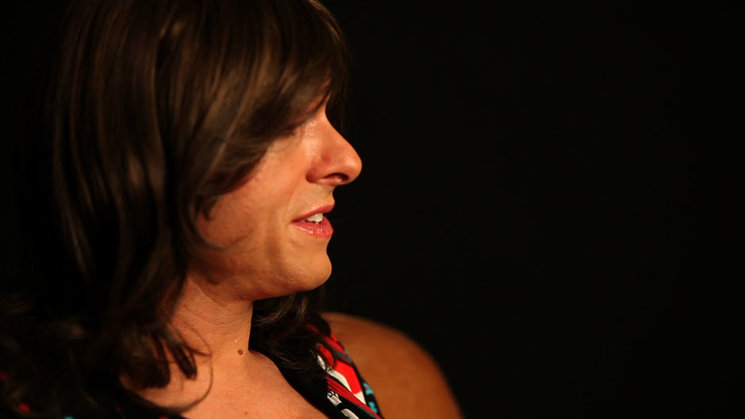 Married couple living at Poblenou neighborhood, Barcelona, for over 30 years. Xesca has opened a craft beer brewery and Carme is a primary school teacher. Five years ago Xesca revealed to Carme that she was cross-dressing. All sorts of questions popped up to her: "are you gay?", "will you become a woman?" "How far will you go?". Last question was "then, who am I?”. The relationship became a roller coaster until recently. The growth as a couple and the involvement of their daughters have placed themselves fighting for the rights of cross-dressers and trans* people. 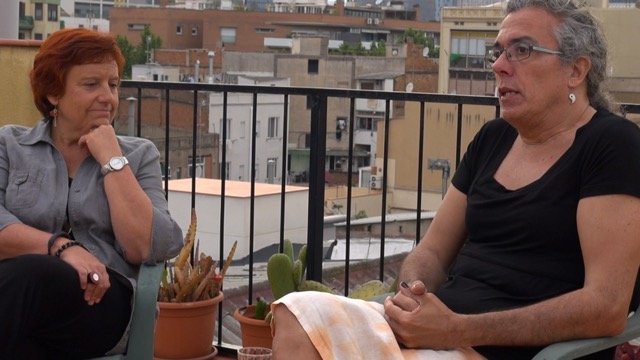 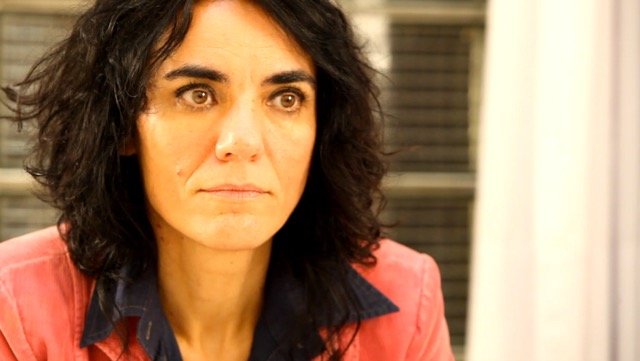 The crew, who are we?

Curricula are shown at the webpage of the documentary 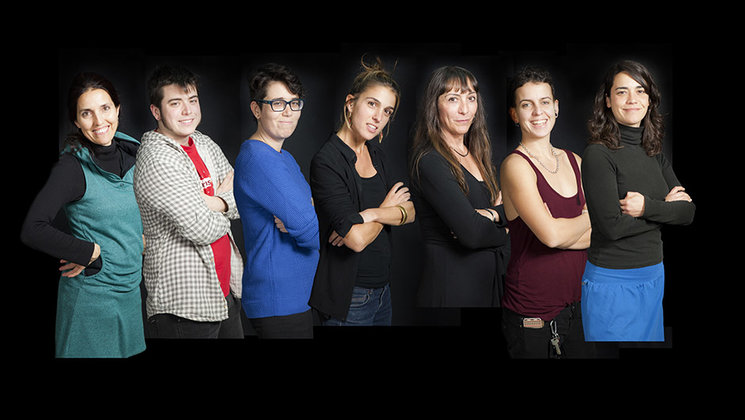 Calendar of the project

We need your contribution to meet the schedule!

What we are going to do with your funding?

The contributions of this campaign will be used for filming and post-production of the documentary.
• Filming
• Edition
• Sound edition
• Soundtrack
• Color correction

WHAT IF THE OBJECTIVE IS EXCEEDED

It will be fantastic!

The remaining will be devoted to the soundtrack, subtitling and disseminating the project

• If 12.000 euros is collected… Translation and subtitulation

The documentary will be in Catalan. It will be subtitled to Spanish, Italian, French and English. Subtitulation for deaf people is foreseen.

• If 14.000 euros is collected… We are going to include 2 musicians to the soundtrack! 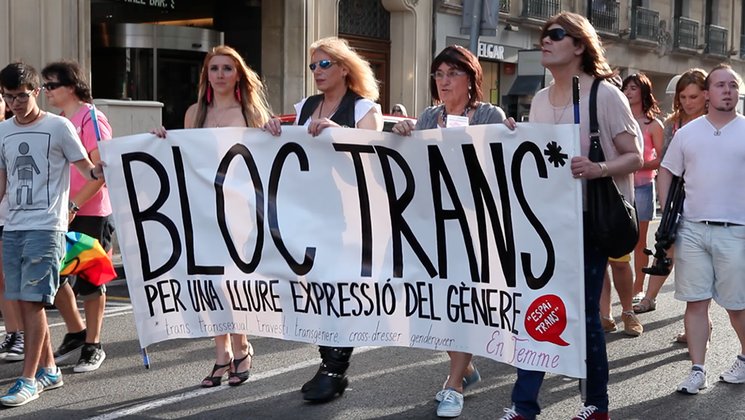 When will I have my reward?

The rewards will be given personally at the premiere or will be sent by conventional mail.

If you prefer another payment method such as a Bank Transfer, please write to:

Personal data will be treated confidentially. If you want to contribute without giving the bank acount data,write to:

Links of the project

Screening and Colloquium at your town (Catalonia)

Screening and Colloquium at your town (spanish state)

10 Photographies by Mar C.Llop in Bcn

Screening and Colloquium at your town (outside spanish state)

Choose how to combine your reward