Book and documentary photography project that denounces the arms industry, and the arms trade. They will be a book , a video and workshop.

The 8-minute video with all project photos.

Where does the project idea? How did the book? What the images tell us? What is the arms trade?

Everything begins and ends at Eurosatory, the most important fair of land armaments in Europe, in Villepinte a few kilometers from Paris.

Sellers and buyers in uniform strive to close contracts, like the sale of a normal product. While the French army makes "dynamic shows" in a movie set simulating the Mali desert mission "Serval".

This is one of the fundamental parts of an increasingly armed world. And it is a essential business for the political and economic&military plot that underpins global elites in their struggle for fuel, which ensures its system of production and enrichment. And the war, the death, destruction and climate change in the world.

This project is one campaign against arms trade.

The weapons producers don't are the only trader of death. All who live in the Western world are somehow responsible, at not to take considering the consequences of the actions of our governments, our companies and banks, with whom we live and work.

For almost two years, I've gone by the weapons fairs, parades, "dynamic shows" to try to build a visual complaint, with images of these human acts considered "normal" or "usual" and trivialized by the modern culture, and media information. 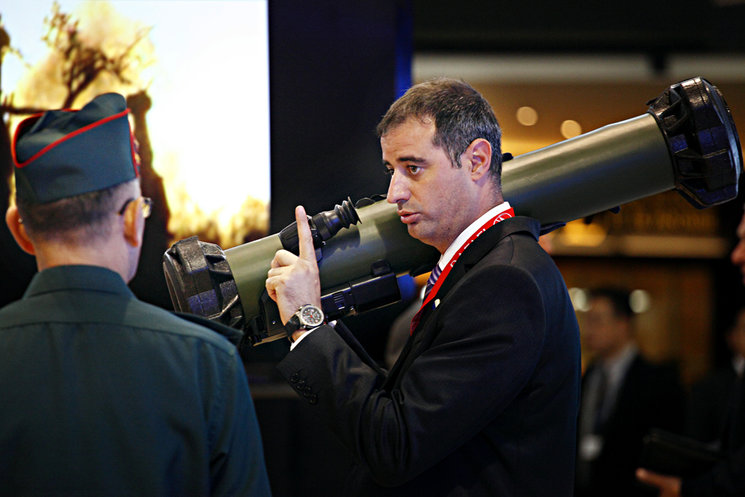 Because in my previous documentary project Tourist Walk I see and I think as can get to suggest a different world through showing photographs of actions that are taken as normals or as banal and they really are not.

Because a book is something "normal" and consolidated and is within the idea of financial plot of the industry military for replace the reality by a consumerist fantasy that calls the most selfish and childlike dimension of people and against critical analysis and the solidarity involving knowledge of the facts, such as the manufacture and sale of weapons produced and sold near to home.

Because it is not just a book, its a project and you can share the book, and is also a project designed to spread through video, a workshop and an exhibition with educational material.

Why participate in the project?

To support an independent project that today is possible thanks to the support of people like you all.

In crowdfunding the work is done as the author wants, without any imposition, guaranteeing its authenticity.

And because it is only the beginning of this antimilitarist project.

How be the book?

The text is written by Plàcid Garcia-Planas, a reporter for the international section of La Vanguardia and author, among others, the book "Like an angel without permission. How to sell missiles, shoot and bury the dead" a work of the legal traffic weapons and its consequences.

With Enric Font we are designing the book, will have about 100 pages and 80 photographs and a size of 32X21 in colours.

The book will be a limited edition of 200 numbered copies. 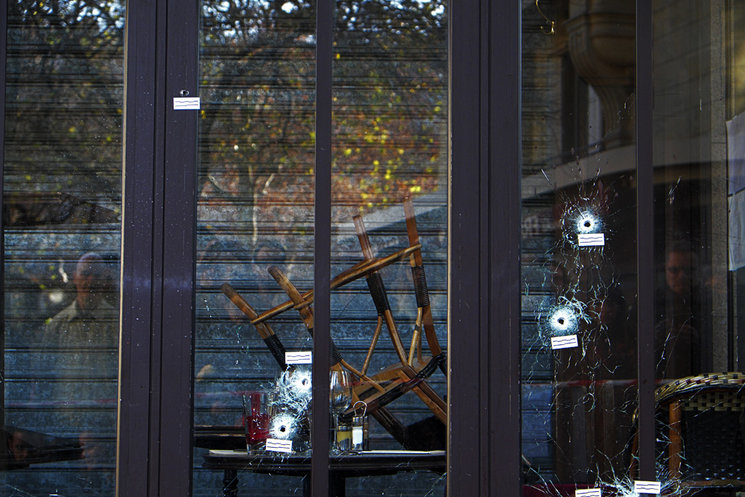 How the money is used.

All contributions will cover the costs of design and printing of the book.

When will you have the book in your hands?

It is currently in phase of desing.

The intention is to send it before May.

The 8-minute video with all project photos.

Where does the project idea? How did the book? What the images tell us? What is the arms trade?