"Ainhoa" is the new short film of award-winning filmmaker Ivan Sáinz Pardo. A poetic and heartbreaking look to a social-themed short film, winner of the "Movistar+ Project Award” at the Gijón International Film Festival in 2015. This crowdfunding campaign will help to complete the funding.

THE SEA AND THE MOON

WHERE IS THE SNAIL?

THE RETURN "Associated Producer with percentage"

Thank you very much for coming over. Give us two minutes to explain our project and convince you that your help is really important for us. Your contribution, whatever it may be, will be a gift for us. If you can help us even with the minimum reward will be something magical. But if you want to be associated producer, promoter or active part of AINHOA you are on time and the doors are open!

Keep an eye on our rewards! Ainhoa team thank you.

"Ainhoa" is the new short film of award-winning filmmaker Ivan Sáinz Pardo. A poetic and heartbreaking look to a social-themed short film, winner of the "Movistar+ Project Award” at the Gijón International Film Festival in 2015.

The film will be shot in August in Bilbao and this crowdfunding campaign will help to complete the funding and make it happen.

"Ainhoa is a story that, instead of trying to put children to sleep, tries to wake up the adults." 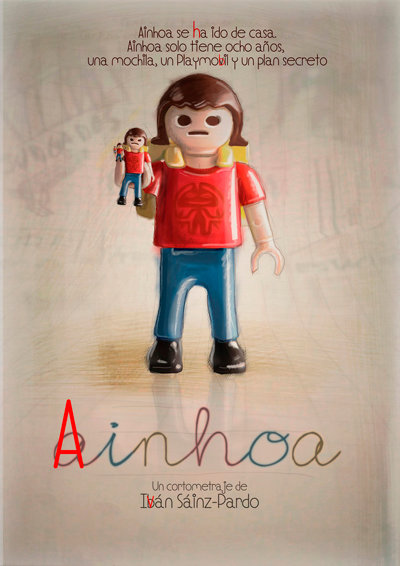 Ainhoa is 9 years old and she has left home, bringing only her school bag and a Playmobil. As witnesses of her getaway, we will understand the reasons that led her to make such a decision and find that Ainhoa rigorously follows the steps of a mysterious plan. 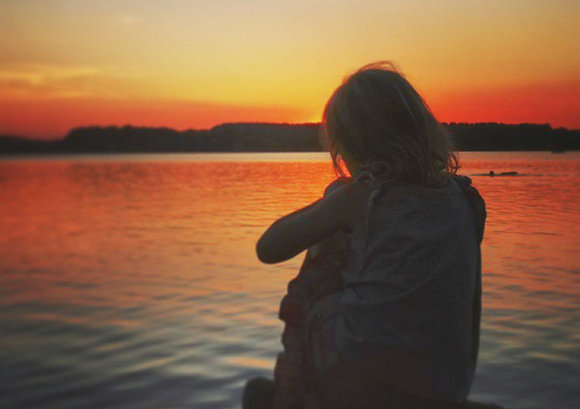 As I did previously in my short film "The circular gaze" I repeat the desire to deal with a theme of social interest but somehow trying to get away from the most common and popular narrative practices. In this case I wanted to portray the story of a family that is threatened by the crisis with an imminent eviction notice, the consequences of an adult drama but from the perspective of a 9 years old girl. 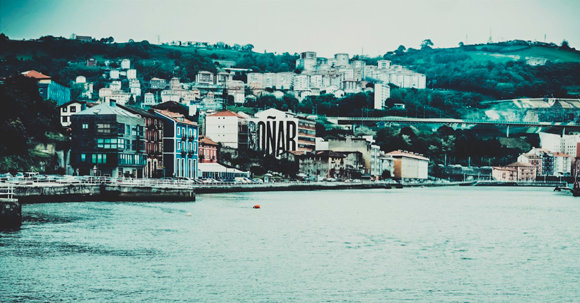 And so I found the history of the small Ainhoa, who observes something terrible happens to their parents without being able to understand and will be forced to change her children's play by adult survival strategies. 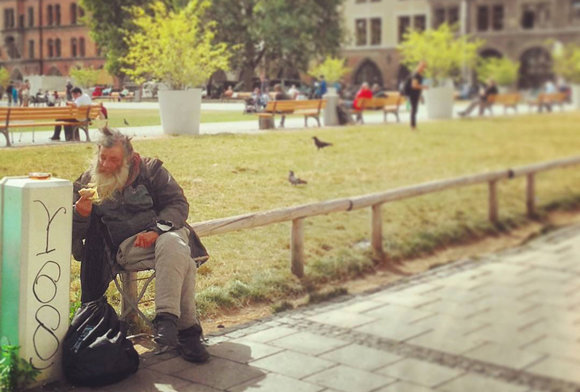 Where many adults only see a house, rent or mortgage, most kids only see a home. Where the complexity of an adult forces waver, childhood innocence begins his particular struggle. Ainhoa to do so, leaves her home and embarks on an adult journey, a mission in which the world of games, fantasy and reality are all mixed up.

Here you can watch the visual look of some of my others works: 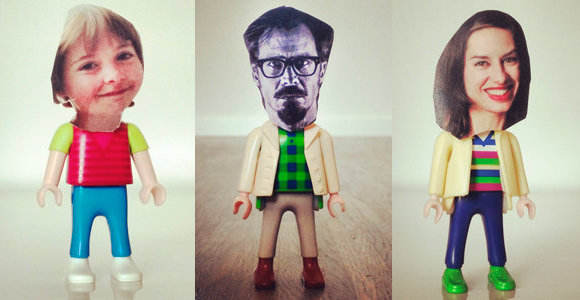 Very young 9 year old german actress who has participated in several commercials and has already starred in two short films: "Aurora", by Phillip Escobar Jung and "Cookies", by Iván Sáinz-Pardo.

Spanish actor who achieved popularity in his debut film, "Tesis", a film directed by Alejandro Amenabar for which Fele (short for Rafael) won the Goya for best actor revelation. After "Tesis" Fele returned to collaborate with Amenábar in "Open your eyes" (1997) and worked with other important directors of spanish cinema, including Julio Medem, with "The Lovers of the Arctic Circle" (1998), co-starring Najwa Nimri, or Pedro Almodóvar in "Hable Con Ella" (2002) and "Bad Education" (2004). Outside the cinema and theater, Fele Martinez has also appeared in television series, including "Physics and Chemistry", "Fugitives," "Grand Hotel" or "Rage".

She is well known by the audience mainly for his portrayal of Amparo Balaguer in the TVE series “Amar en tiempos revueltos” or for his work on films like “My Prison Yard”, “Azuloscurocasinegro” or “Seven French billiard tables”. His first starring role in a feature film came in “La vergüenza”, an intimate drama directed by David Planell. In 2013 she wrote and directed a short, nominated for a Goya Award for "Best Fiction Short Film". Thanks to her work in film and television, she has received many awards and nominations. 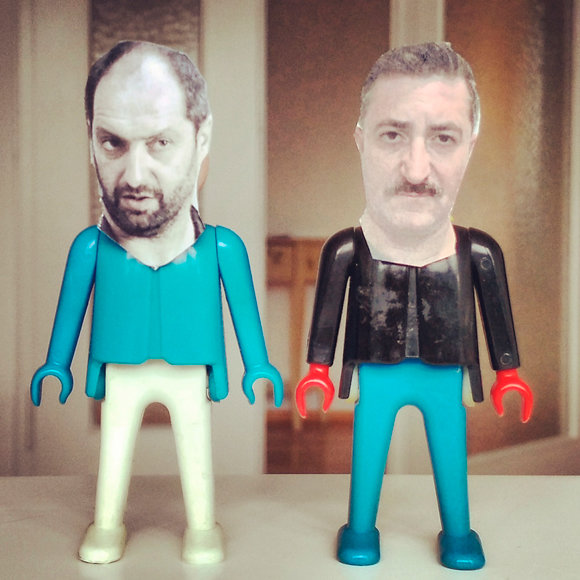 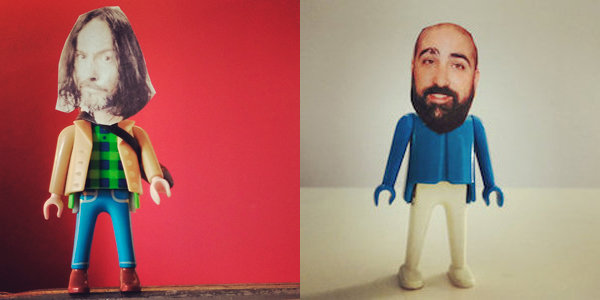 Ivan holds a degree in film and television by the prestigious Munich Film School (HFF München). With only a handful of short films and more than 150 awards at film festivals around the world, he captured the attention and recognition of international public and critics.

He was preselected for the Oscar Award nomination and nominated for the "Deutscher Kurzfilmpreis" (the german Oscar) with "Schneckentraum" (The Dream of the Snail), and won best european short at the International Fantasy Film Festival of Brussels with "Simones Labyrinth". That same year he was awarded best short film in Germany and receive the "Shocking Shorts Awards" for which he was invited for a two weeks master at Universal Studios in Los Angeles.

He works as director and screenwriter in film and advertising and also as Content Manager in Framepool, an international image stock company. In the last International Film Festival of Gijon, he won the Movistar+ Best Project Award for his screenplay "AINHOA". The film will be produced by Banatu Filmak, Prosopopeya and Pixel Films and filmed during august in the city of Bilbao.

His last short films "SAVE", "NEIN" and “DIE FREUNDIN” (The friend) have earned 8 nominations for the spanish notodofilm awards 2016 where Ivan won two awards, one for Best Director of the Festival.

Jose studied Film Directing in the prestigious Cuba International Film School where he discovered his passion for the cinematography and went on to study the craft in one of the best Spanish film schools for that specialty: Septimarts. 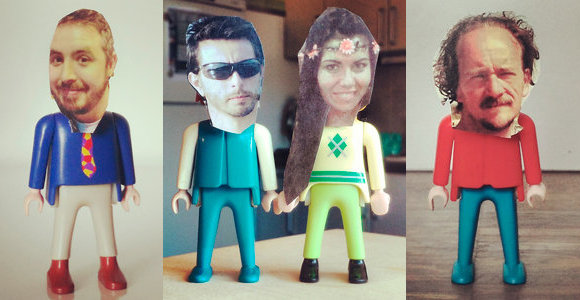 In only five years, Banatu Filmak has established itself as the leader in the Basque Country and a major national short film distributor. Their catalogs are already a landmark in festivals like Gijon, ZINEBI, Clermont-Ferrand, or Shenzhen in China, and have managed to be nominated four times for the Goya national film awards. Banatu has also been involved in the production of various projects, after the good experience with the shorts "And now what do we do?" and "Crazy crossbow" (nominated for the Goya for best short fiction), or most recently, "the Ms. Jesusmari". Other co-production adventures as “Walkie Talkie” by Ruben Perez-Barrena, “Helmet Jupiter” by Diego Perez or “Arconada” by Asier Urbieta, have earned more than two hundred selections and mútliples awards, both national and international.

Jairo Iglesias was the youngest director ever to win a Mestre Mateo award of the Galician Audiovisual Academy. He is currently Director of Development and Work-flow Coordinator in his own company, PIXEL FILMS in which Sara Horta is Executive Producer. In the last 5 years they have worked together on more than 6 feature films, 14 short films and 4 documentaries, being responsible for designing the workflow in HD with Network Equipment or HDSLR.

In 1995 he founded PROSOPOPEYA PRODUCTIONS, specializing in computer animation and digital visual effects for television and film, but with a clear vocation for own production. His relentless pursuit of new talent has contributed to the recent Spanish cinema's early works of directors such as Daniel Sánchez Arévalo, Eduardo Chapero-Jackson, David Planell, Rafa Russo, Leon Siminiani and many others. Highlights include 16 short films produced since 2001 which together have won more than 300 awards at festivals, including a Goya Award and three other nominations, the two prenominaciones to the Hollywood Academy Awards and the European Award for Best Short at the Venice Film Festival and the European Film Academy. 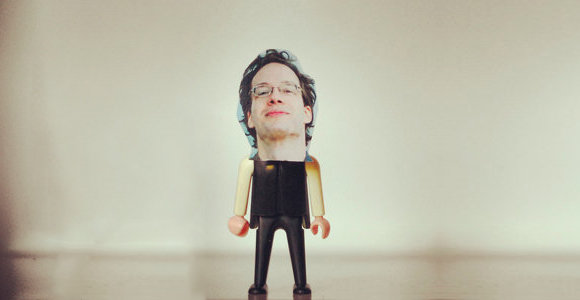 Philipp Fabian Kölmel studied sound engineering, piano, voice, double bass and conducting at the Universität der Künste Berlin (Berlin University of the Arts) and composition for film and media with Enjott Schneider at the Hochschule für Musik und Theater München (University of Music and Performing Arts Munich). He made his feature film debut with the orchestral film score for Cascadeur (1998). One of his latest scoring assignments Rubinrot (2013) and Saphirblau (2014) is causing more interest amongst collectors and critics alike, the music is released on Sony Classical. Philipp is a member of the Deutsche Filmakademie e.V. (The German Film Academy), the Deutscher Komponistenverband e.V. (German Composers Association), founding member and leadership committee member of the Deutsche Filmkomponistenunion (German Film Music Society).

WHY DO WE NEED YOUR HELP?

The project already has the 9.000€ prize of the "Project Canal+ award" at the International Film Festival of Gijón 2015. Sound post-production will be done by Pecera Estudio and we are participating in the National-ICAA grants, Government of Madrid and the Basque Government. The money of your contribution will be used entirely to support and care to maximize production, ensure a professional finishing and to meet the demands of the script and story.

This crowdfunding will represent approximately 25% of the total budget and, among other things, will be dedicated to cover some of the following:

-Catering, Transportation, travel and overhead costs in the logistics of filming.

The project is in the process of pre-production. The filming will take place in the month of August. Then we’ll move to post-production in the same month and during September and October. The release of the film will take place in November at the Gijon´s International Film Festival. 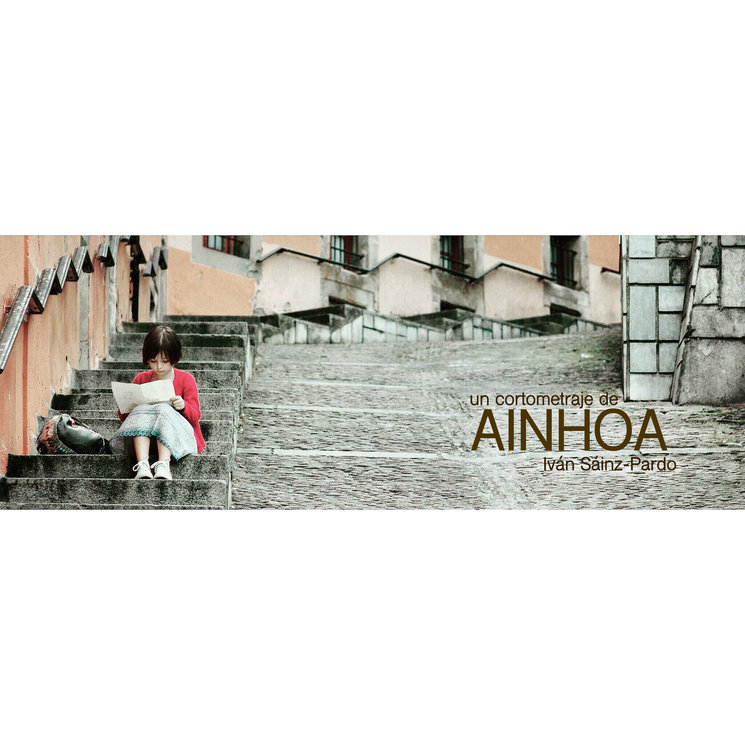 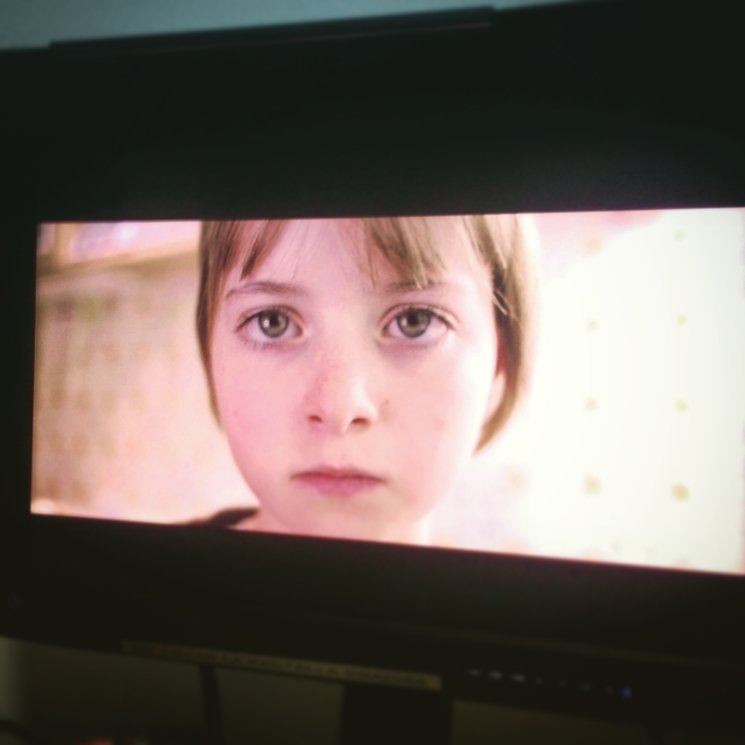 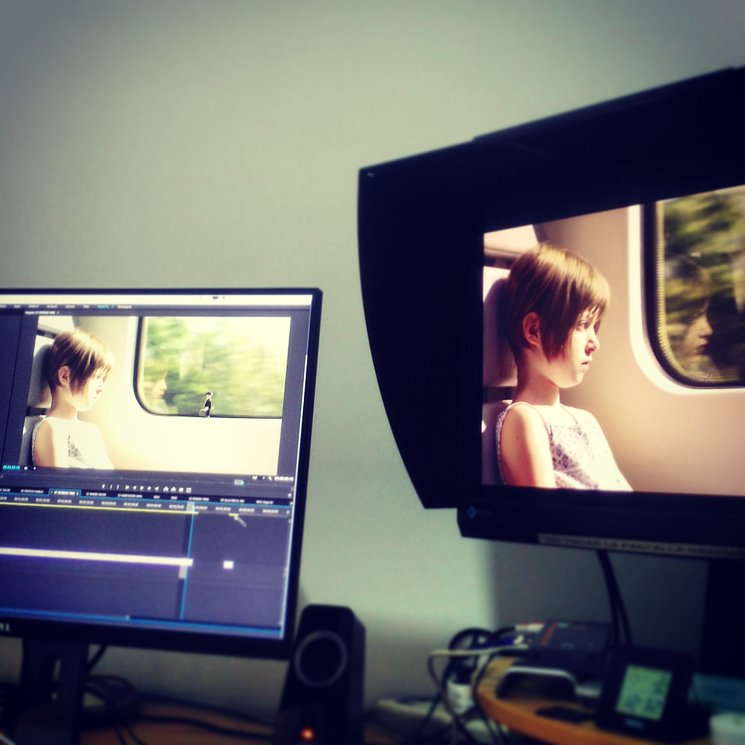 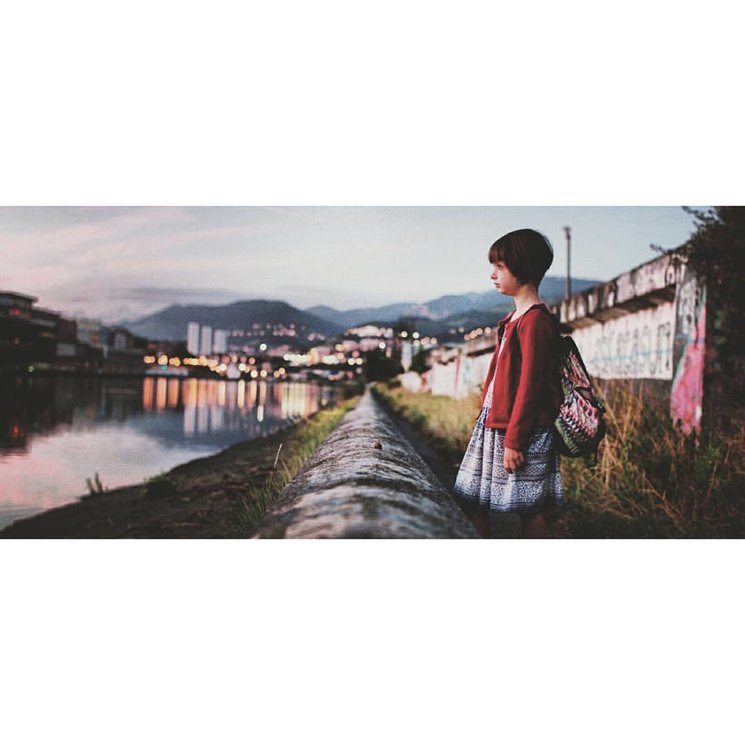 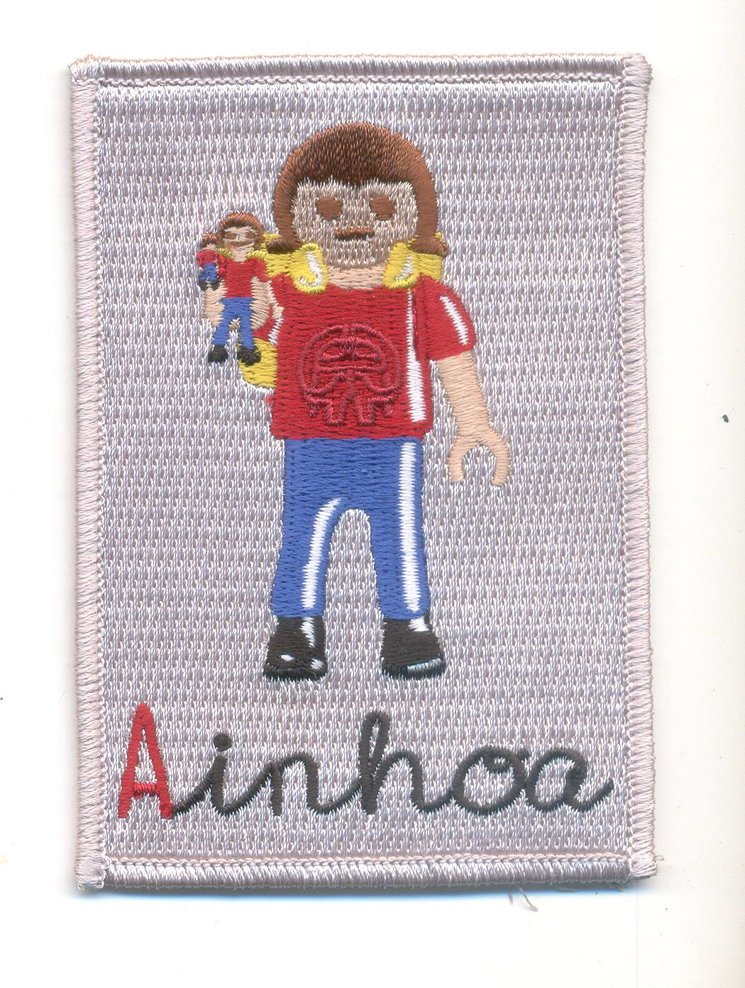 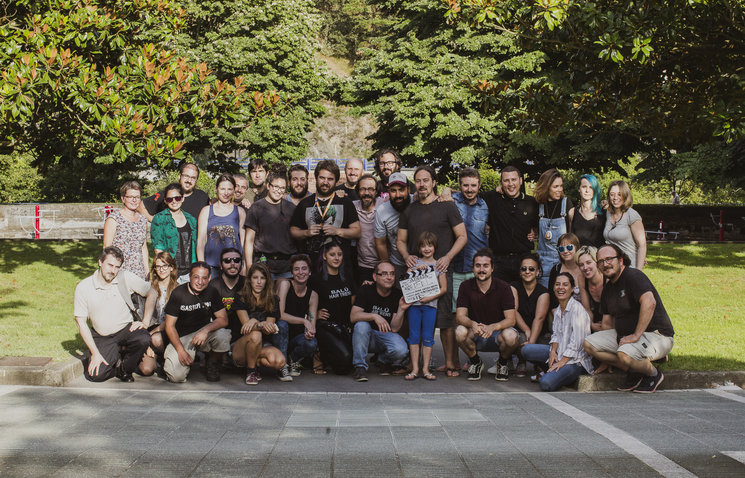 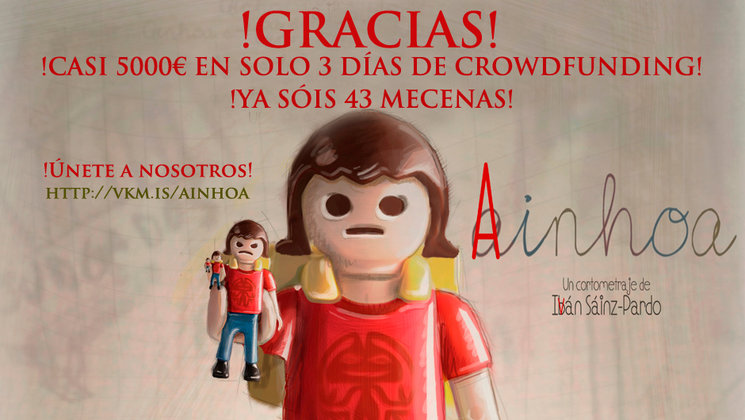 THE SEA AND THE MOON

WHERE IS THE SNAIL?

THE RETURN "Associated Producer with percentage"