In this collection of memories I wanted to write about the journeys that have been important to me, as well as the images and portraits that have been printed for ever after in my life. To all of you I wish you a very long trail. We’ll keep on walking!

Contribute to the project
View project in Català

A copy of the book

Sent to your house in a registered package

A copy of the book
+ 1 guided visit for 2 or 3 people to Girona, with Tapís de la Creació included in 3 different dates to be chosen in January- February 2017

I would like to publish "Remarkable journeys and instant photographs" as a book.

I have written it to be read, that’s why I thought about making a crowd funding campaign with Verkami to be able to reach many people.

In the same book it will be both versions, Catalan and English, and about 300 pages in total.

This year I celebrated my 60th anniversary, and the book goes through all that time. It portraits people, places and different periods of time in my life. For example the beating of the people that went to meet Serrat when he came back from exile, Greece in 1976, the speech Havel did in New Year when he had just been elected president in Czechoslovaquia, the train journey from New Delhi to Madras....

There are some more personal ones like looking for the remains of the Spanish Civil War with my father that had been a Republican lieutenant at that time. The Secret Garden Paul had invented for us in London, and the Human Sundial in the Citadel of Roses. 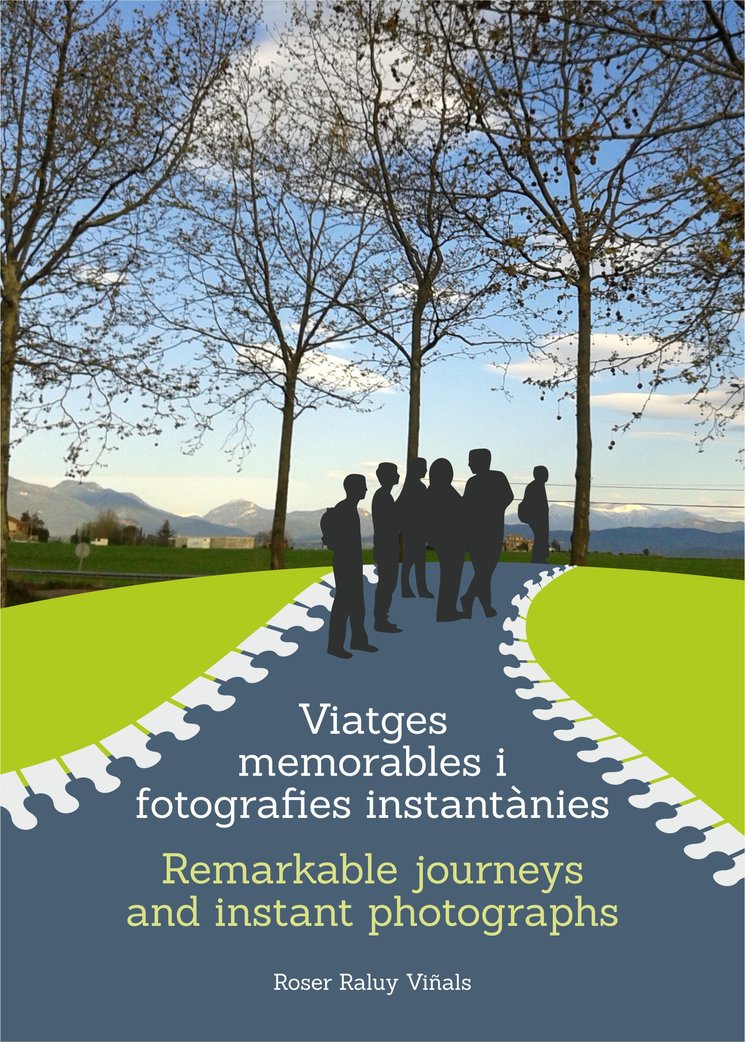 They will be to finance the edition of 100 books in paper form.

I would like that this project could be shared among the people than know me, but also with the people that could be interested in the subject of travelling as a source of learning and documenting the last 60 years.

I think that the best I can offer is the book, sent to your house by post.

But if you want to collaborate even more, I can offer you some special guided visits in Girona They are based on an idea developed sometime ago: The Feminine Girona

In that visit we’ll start by the trace of the Mermaid in Pont de Pedra, we’ll see the map of the homesick Parisian, the live birth of Eve in the Cathedral......It will be 2 hours with stories and legends walking around the ancient town of Girona.

Another thing I like to do is to organise special dinners for friends, sometimes with a set theme like Volcanoes in Sicily or with Aphrodisiac Poetry, for example.

For this occasion the reward will be to have dinner in my garden with the theme of "historical banquet "; there will be in the menu some of the dishes that appear in the book and that I’ll cook for you. It will be suitable for children and adults.

The book should be ready to be given by Christmas – New year.

The rewards I’ll give apart from the book will be:

Girona : Sunday 15th of January, 5th February and 26th of February. Meeting in Pont de Pedra at 11am.

Historical dinner in the garden :Saturday 11th of March, 25th of March and 8th of April. 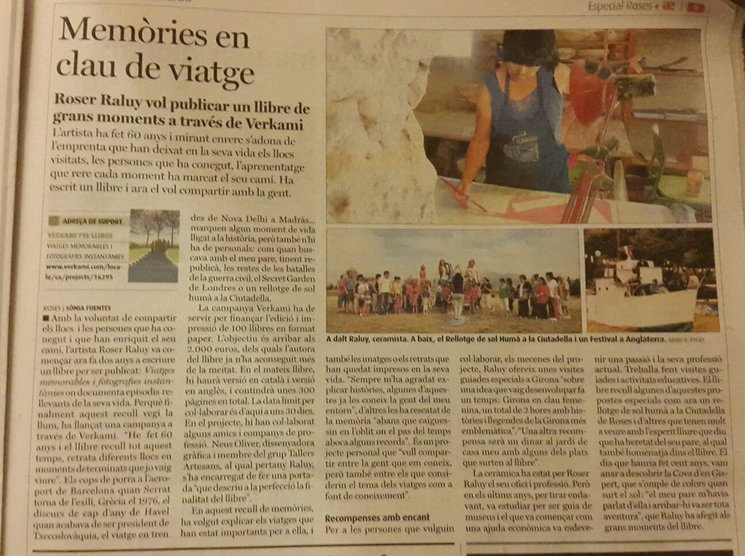 A copy of the book

Sent to your house in a registered package

A copy of the book
+ 1 guided visit for 2 or 3 people to Girona, with Tapís de la Creació included in 3 different dates to be chosen in January- February 2017