It began as a play and ended up transforming into a screenplay. The leitmotiv of the story is our fascination for Orson Welles and his world, accompanied by his indispensable Joseph Cotten and Rita Hayworth, and immersed in a current theatrical context with jumps in time.

Your name on the credits

Download of the film
+Your name on the credits

1 DVD Special Edition of the film
(Includes film, making of, interviews, deleted scenes)
+ Original screenplay from the film
+Your name on the credits
+National shipping included

1 DVD Special Edition of the film
(Includes film, making of, interviews, deleted scenes)
+ Original screenplay from the film
+Your name on the credits
+International shipping included

**NEWS! The first 50 sponsors will get a PRIZE.

A poster of the film autographed by our team.**

We at Cine Heroico ask for your support to produce our first feature film Orson, Joe & Rita.

We started our adventure back in 2013 by developing our own projects with different short films (*It looks like an accident like the death of Bruce Lee*, Can you help me? etc) and webseries (*Sealand*, Among Vampires).

Orson, Joe & Rita started as a theatre script and eventually became a movie script. The leitmotiv of this story is our fascination with two icons of the fictional universes. On one hand, Orson Welles and his world (accompanied by his indispensable Joseph Cotten and Rita Hayworth) and, on the other, the writer HG Wells, father of science fiction, immortalised in the radio version of The War of the Worlds. 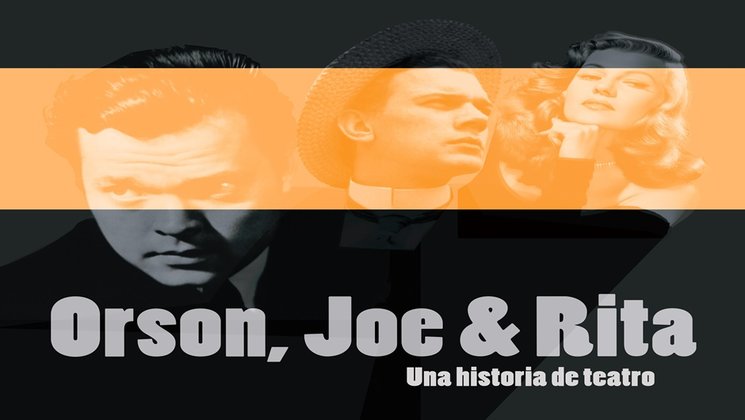 We wanted to tell a realistic story about the life of a group of actors who nonetheless flirt with the parallel universes, mixing fiction and reality (as Orson Welles did in F for Fake, one of his last films).

On the very night of the thunderous failure of his last theater performance, two members of the company, Julián and Mario, sharing tobacco and beer, reflect on the feasibility of moving forward with their acting career. Both are on their thirties and success has never knocked on their doorstep, while frustration and debts pile up like rubbish bags. Mario is inclined to give up however Julián still keeps some hope.

The third member of the company, Silvia, who has finally decided not to attend the event, is very present in the conversation between their two in a chat that goes beyond the strictly professional. Both end up defeated by the slumber of drunkenness and wake up in a train wagon turned into characters of a strange movie that they never dreamed to interpret. And there will be Silvia waiting for them.

Cine Heroico is a creative label born in 2013 around a group of young artists from the scenic and audiovisual world based in Madrid but coming from different parts of the country. 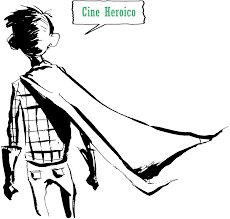 Our previous work, Entre Vampiros web series (which has also become a feature film), was made between 2014 and 2015 and premiered simultaneously on the professional platform of Vimeo On Demand and on the digital platform Filmin. It takes place on a single night and the main character, a man with psychological problems, is plagued by a series of vampire attacks. The world of the supernatural and the martial arts go hand in hand in this story.

Pablo González (director, scriptwriter and actor): BA in Spanish Literature as well as in Drama at ESAD Asturias, he entered the world of theater acting and writing for various companies. In 2011 he wrote and starred in the feature film DHA (Dos Horas Antes) by Pablo Vara, premiered at FICXixón. He has also made several short films and webseries selected for various festivals.

Guillermo Pardo Gil (actor): He works in films like Omnívoros of Óscar Rojo, the series El Secreto de Puente Viejo and Aquí no hay quien viva. Also in about twenty short films and plays like Fando and Lis by Fernando Arrabal and currently in Los Miserables by Paloma Mejía. He publishes the novel El trovador Loco and an intimate poetry book, Luna in Scorpio.

Nanu Farroni (camera and makeup artist): studied film, makeup and photography in Comodoro Rivadavia (Argentina). She collaborated in short films with the audiovisual students of the University of Río Negro. She later moved to Spain and since then has been working with Cine Heroico. 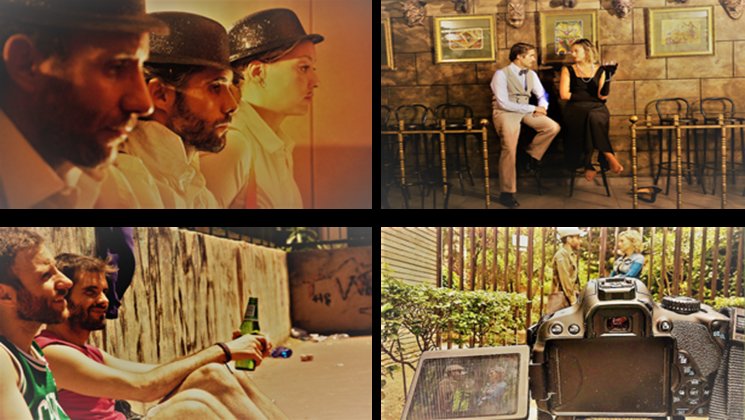 This is the first time we ever did a crowdfunding. We have always faced our projects autonomously, sharing expenses and responsibilities within the whole team. But perhaps this unexplored modality, beyond the economic support, provides us with a bigger framework of connection and involvement with our public, so necessary for this type of independent projects that lack, apart from internet, distribution channels.

Cine Heroico is a creative label without fear of challenges and that grows in the adversity because it its main asset has always been a group of film passionates that is able to move forward in the most heroic ways.

WHAT WILL WE DO WITH YOUR CONTRIBUTION

Our goal is to reach the minimum amount needed to fund for a few productions costs as well as courier. In we exceed this minimum amount, the funds will be used to as compensation to the collaborators and the promotion of the film.

The film is in the post-production phase. Provisions are for the feature film to be finalized for February-March 2017 and for rewards to be issued in April-May 2017. Any advance or delay will be advised in advance.

TO KNOW MORE ABOUT THE FILM

THANK YOU FOR MAKING THIS PROJECT POSSIBLE.

Your name on the credits

Download of the film
+Your name on the credits

1 DVD Special Edition of the film
(Includes film, making of, interviews, deleted scenes)
+ Original screenplay from the film
+Your name on the credits
+National shipping included

1 DVD Special Edition of the film
(Includes film, making of, interviews, deleted scenes)
+ Original screenplay from the film
+Your name on the credits
+International shipping included