New craft film festival with a showcase of low budget independent and autoproduced DIY films. Our first edition will take place during the 7-8-9 of april at the Cinemes Girona, Barcelona.

Contribute to the project
View project in Castellano, Français, Italiano and Català

Craft Film Festival is the first festival in Barcelona that pays special tribute to self-produced films with limited external support. The boutique but diverse international program selected after an open call for full-length feature films offers on display works with high artistic qualities, catching stories, distinctive style and original approach to media. The festival jury is the audience and the award is given following a democratic public vote.

This first edition will take place during the 7-8-9 de Abril at Cinemes Girona, Barcelona 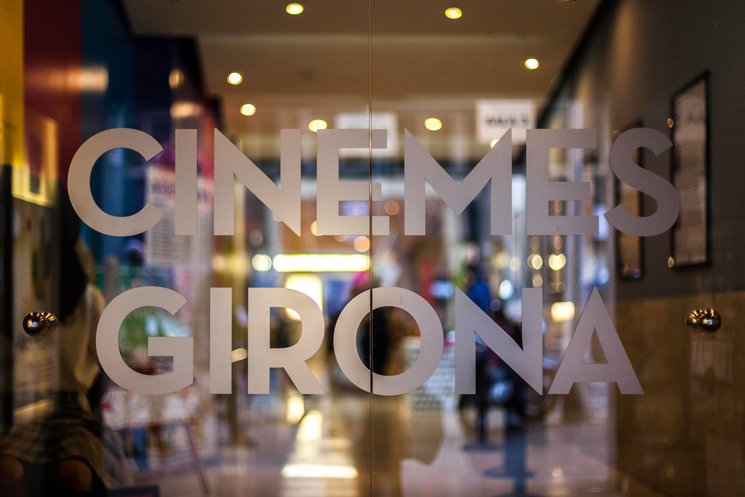 The festival aims to become an exhibition platform for self-produced independent films. By offering these films the chance to get premiered and promoted in Barcelona, it introduces aesthetic diversity on local screen but also provides an encouraging networking environment for gifted filmmakers who received limited support throughout the process of creating their films. We believe that the combination of vocation, talent, love for art and necessity for self-expression deserve individual tribune, separate from big festivals and industry events. We created Craft Film Festival to celebrate small films with big potential. 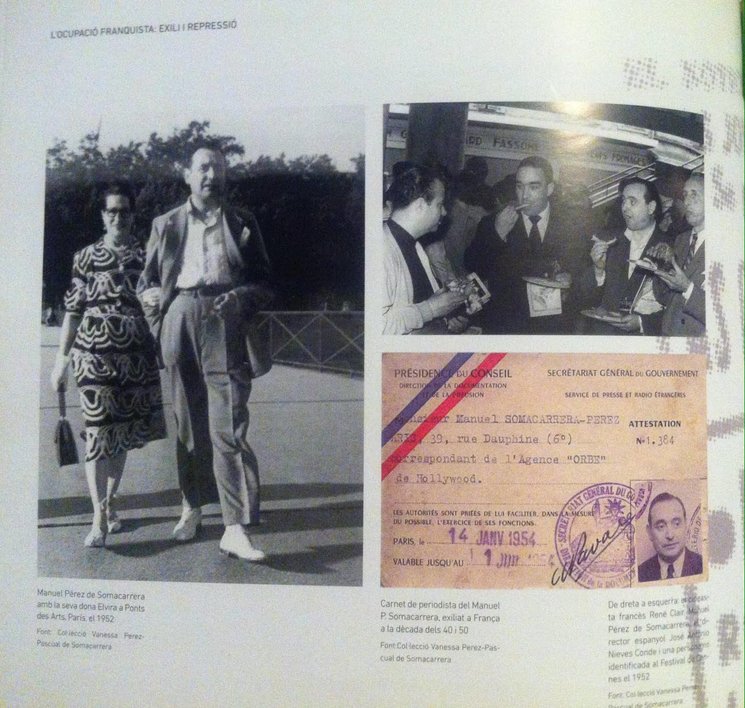 Craft Film Festival is a project that comes from the heart, an homage to the family memory of two generations of men, my father and my grandfather who in their times were involved with artistic creation.

Inscribed not only in the past but in the present and in the future, for me this special tribute is the best way to create a place for cinema encounters between those who create and those who move art; to meet up, exchange, share a festival, a film festival. 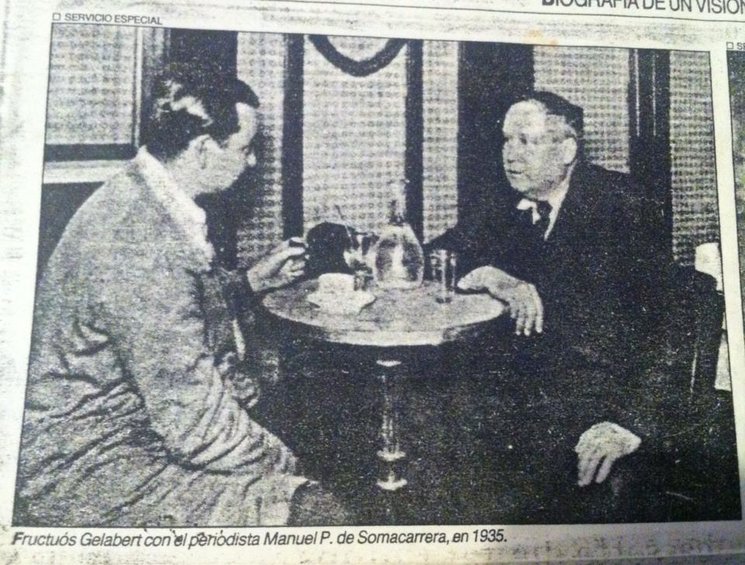 It is also the need to create a free space without censorship or creativity limitations, without producers nor preservatives, an event for creation without compromises which encourages the absolute artistic freedom in the projects.

Who is involved in the festival? 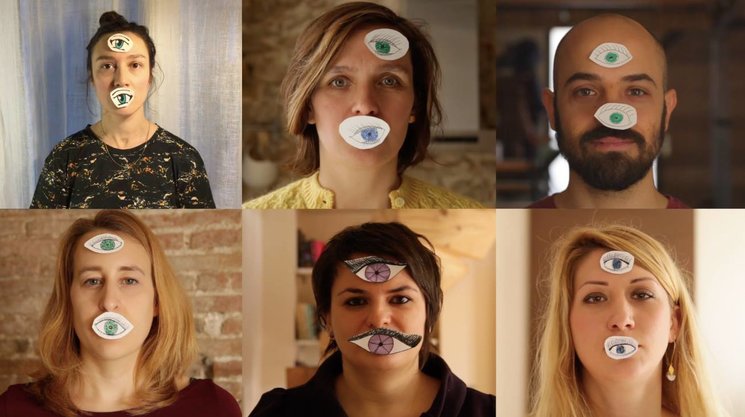 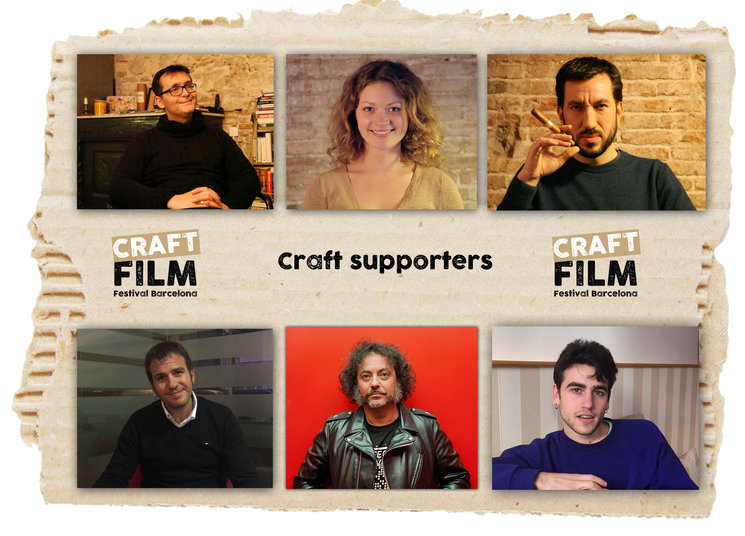 MANIFESTO: What is craft?

Craft products are associated with sophisticated taste, multifaceted flavours, quality ingredients, a personal touch, passion, and copious talent involved in the production process. All of this applies to craft cinema in particular. It is a result of boutique microproduction that lacks the support of big industry and important institutions but fights for its independent viewpoint.
Craft means auteur cinema par exellence created by people who often sacrifice their sleep and private lives for the sole sake of expressing what they could not leave unexpressed.

Its common features include:

Such stylistic and production "restrictions" often suppose micro-budget as well, but the budget amount is not a defining criteria.

The most important characteristic of craft cinema is that it comes straight from the heart. And this is priceless. 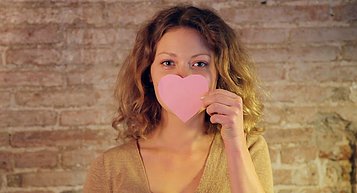 Why do we need your support ?

To cover the expenses of the festival: 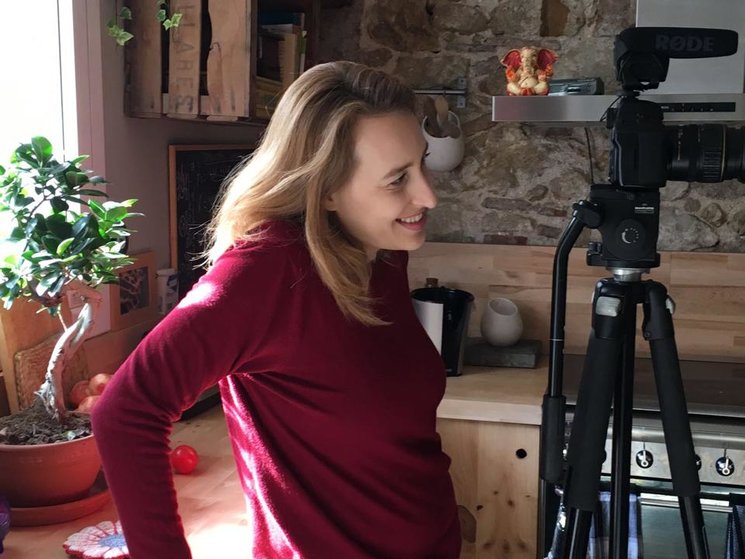 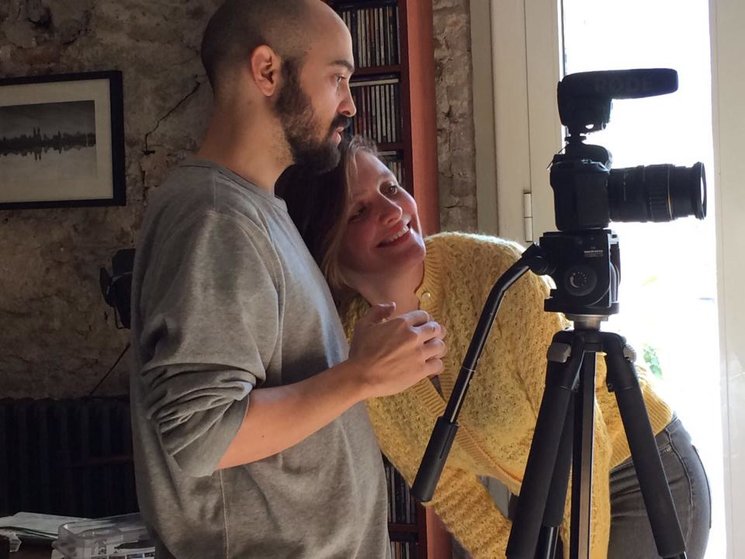 For the importance of supporting projects based on collaborative economy and DIY. 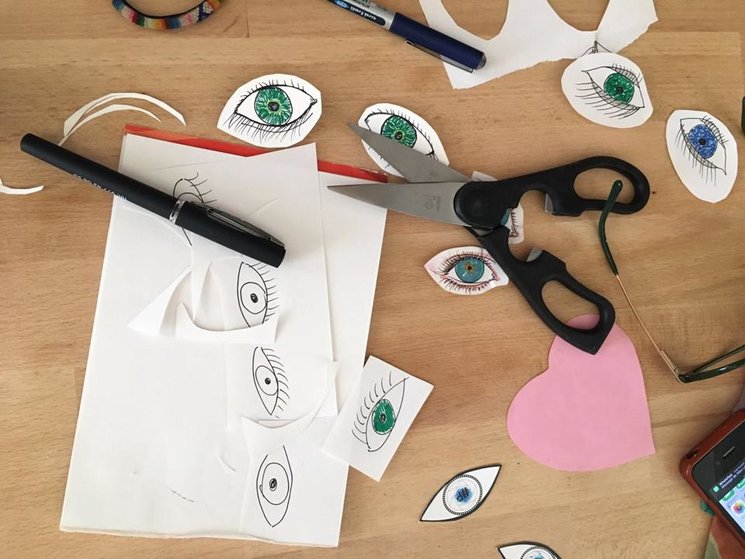 By supporting our campaign you can book your tickets at a discount that you would not have at the box office, so do not hesitate!

· Craft hugs: the importance of hugging each other in a craft manner at any time and moment of the day.

· Tickets to enjoy the films of the festival and to discover more risky cinema without censorship or limitation of creativity.

· Invitations for the opening party of the festival.

. The official Tote Bag of the festival 100% ecological cotton 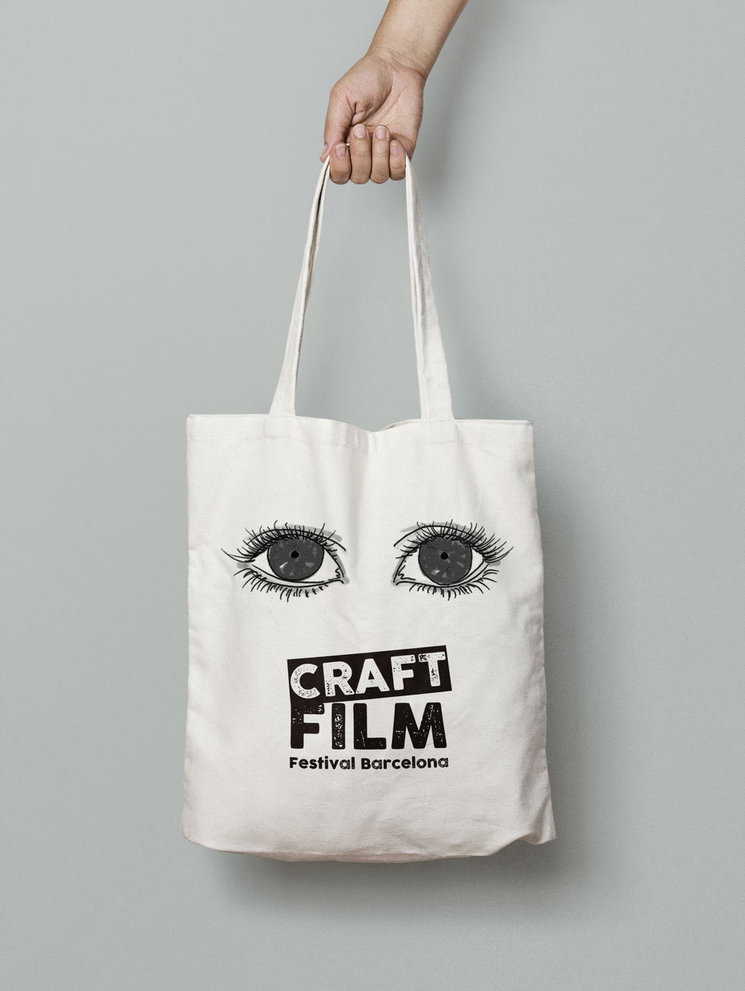 · The opportunity to try craft beers with a flavor values ​​the human more than the product. 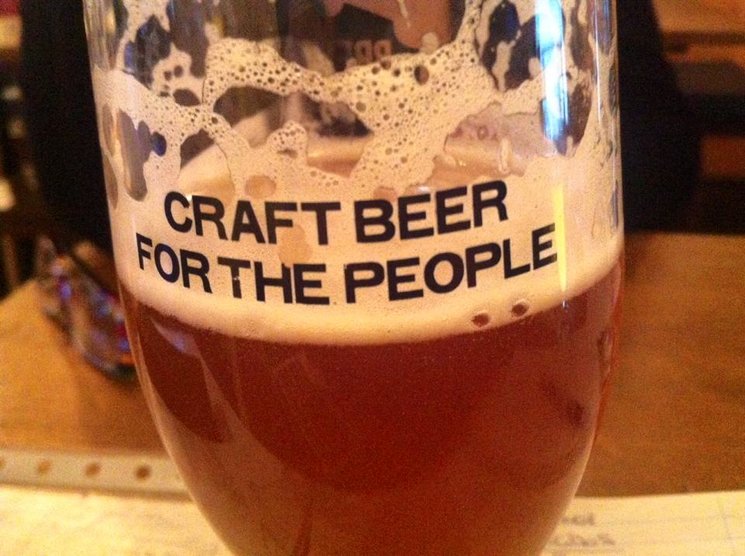 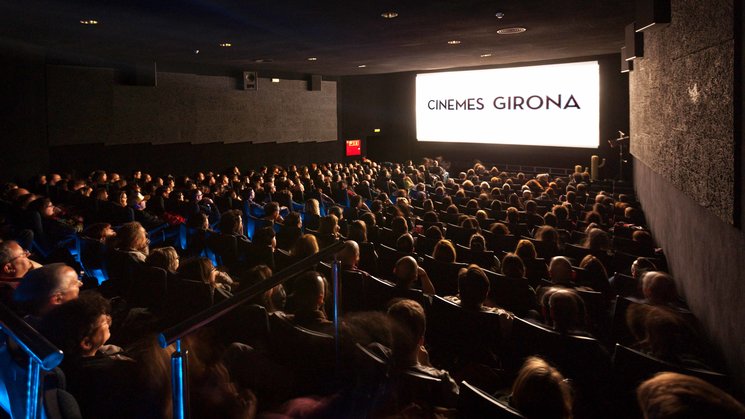 We will send the rewards during and after the festival.

We are working hard preparing the second edition with more craft cinema than ever!

Find here our Videobook of the first edition that has been possible with a crowdfunding in Verkami, and with an amazing team crazy for movies, working hard and with good energy.

Thanks to everyone who made it possible!

It seems like it was yesterday when we presented the second edition of our Craft Film Festival at the Sitges Film Festival, and we are back with good news! The presentation in one of the most important film events in our country has filled us all with energy and we face with optimism the final stretch of the submissions of films. We have already received more than forty films, and starting today it will only cost 5 euros to send us your craft production.

Another anouncement: we have a new programmer on the team... 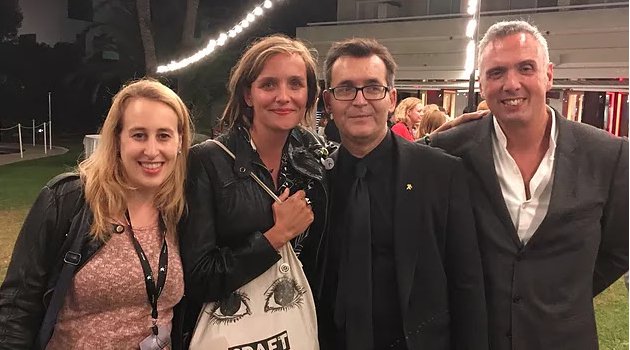 After ten days of the best fantastic and horro cinema in Sitges, we have also received the best tips by the two creators of the festival: the director of the exhibition, Ángel Sala, and the deputy director Mike Hostench. Thanks to them, we were able to leave our craft footprint at the presentiation of the second edition of Craft, making a call to all those creators that have DIY movie with good quality, and want to show it to the world. 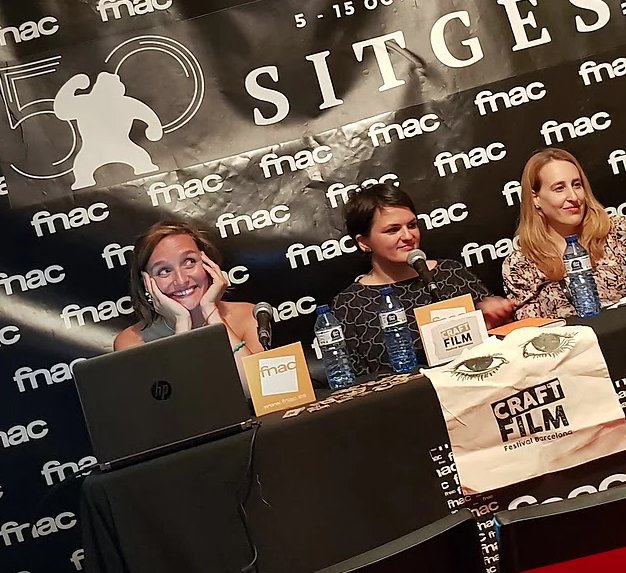 The craft team is having a great time these days in Sitges! Arriving at the opening of the 50th International Festival of Fantastic Cinema of Catalonia, we are counting the hours until this upcoming Thursday 12 of October. We have double reason for celebration: the second edition of the Craft Film Fest will be officially presented and to top it of that same night we will have a party in La Sitgetana Craft Beer. Meanwhile the deadline is still open for you to send us your self-produced films, and be considered as part of our selection … 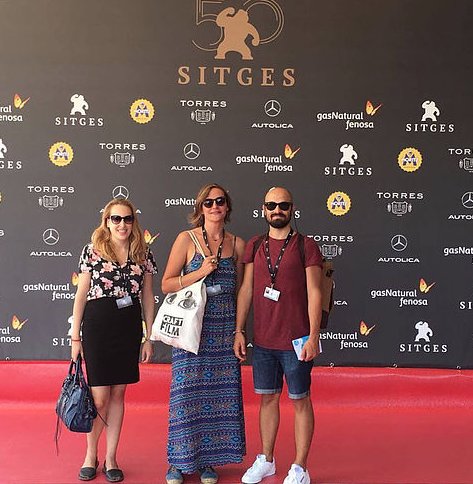 The red carpet of the Sitges Festival surrenders to the most artisan team ... Our founder Vanessa Pérez, the co-director Aina Seguí and the creative director Massimo Perego Meroni are seeing the best fantastic cinema and taking advantage of networking for the second edition of Craft. If you want to meet… read more 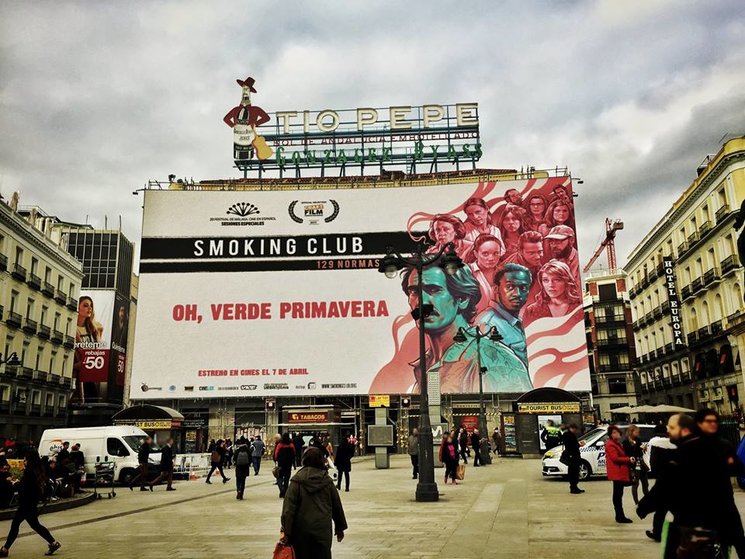 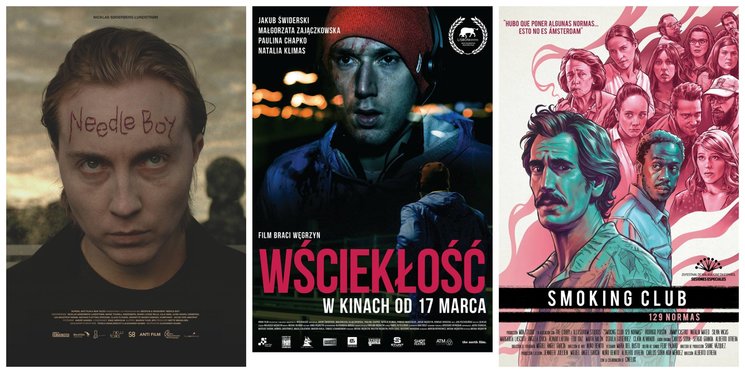 October 26, 2017 — 0 comments
It seems like it was yesterday when we presented the… read more