MARINAH (Ojos de Brujo) is preparing her new album, "Afrolailo". Including rumba, reggae, afro-cuba and flamenco, it’s music with a woman's voice. Let’s do it together, in a direct way, in a friendly way. Make the project yours, give it what you can, spread it and tell your neighbor.

Does not include disc. It is necessary to add this option for any reward being sent to the countries of the European Union.

INTERNATIONAL SHIPPING OUTSIDE THE EU. Does not include disc. It is necessary to add this option for any reward being sent to a territory outside the European Union.

Private concert for your bar, association, collective, company (trio format). We have 4 signed CDs. Thanks Video Appearance. Only in Barcelona or surrounding area.

Hello family! I’m Marinah and you may know me for being the singer of Ojos de Brujo. Four years ago I started my solo career, and now I want to record my new album entitled Afrolailo. The option of achieving that through collective financing and that you are co-producers is very exciting. I think this is a great alternative to oxygenate culture, art and music made with freedom and to safeguard the right to be different and musical biodiversity.

Reflecting on these times we are living in, the composition of the songs that complete Afrolailo have helped me not to lose hope, to keep me sane and to reconnect with my essence. I write and sing not to forget, but to take it better and I get the inspiration from you, the people who struggle and love day by day, your solidarity, your strength to dream a more just world. We are the resistance of our dreams. We will not leave a wall standing and we will bring them down by dancing.

There will also be star appearences such as Mari de Chambao, Lágrimas de Sangre, Arianna Puello and some more surprises.

We will work in Barcelona, in the recording studios LaPanchita with Gerard chalart58, in L'Atlántida with Mario Patiño and in Feedback Studio with Cesar J. de Cisneros. If all goes well we will mix in Garate Studios with Kaki Arkarazo.

I am also happy to have Erika Zwiener on graphic design. A friend with whom I have been working for years, she is also responsible for the graphic wonders we did with Ojos de Brujo.

Where your contributions will go

The calculation of the minimum budget to be able to carry out the project (taking into account that there is much work contributed by volunteers) is of 9.700 €.

And if we exceed the initial objective of financing we could do everything with greater dignity, improve the quality of the album edition, make a music video, promo... 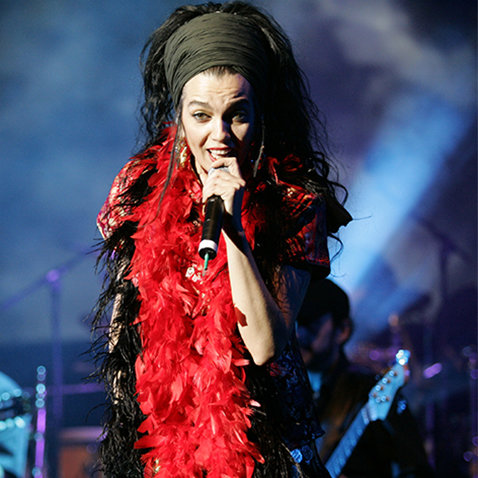 The digital download will be in high quality and will be sent 24 hours before the official disc release.

For the rewards in Madrid and Barcelona, we will make a small visit in which we will deliver the material in hand, have a pre-listening and having a good time. The exact locations and days are still to be confirmed.

IMPORTANT, if you live abroad, you must add the reward International Shipping, either inside or outside the EU.

The shirts are exclusive to the patrons, there will be no other possibility to get one ... take advantage! 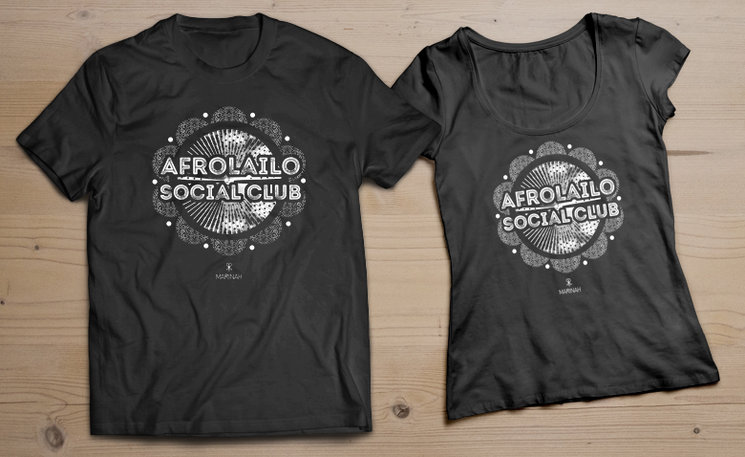 The rewards that include VIP tickets are for the concert of your choice of the tour (except festivals) and the dates will be disclosed soon.

We will also disclose, when the time comes, the date of the rehearsals in the Nau of Barcelona for the patrons who have chosen this reward.

The reward of handwritten letters from me, will come to you kissed and with all my love and gratitude.

The fetish pack contains a very special object, the fan that served as a prop for the illustration of the cover of the album Corriente Vital and the photo session of the same... look! 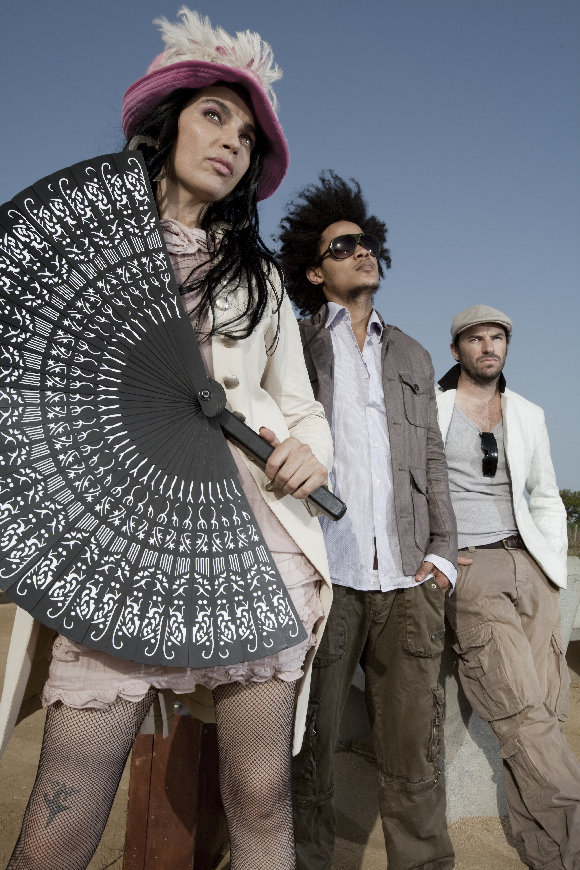 The pack nostalgia contains a few unpublished singles on promotional cardboard, stickers and little things that I have kept from the time of Ojos de Brujo, and also Marinah. 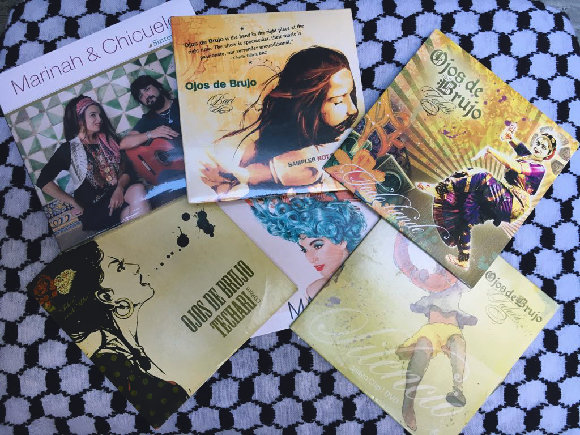 During this year I've taken to sitting in front of a paper with many crayons and making galactic balls. The pack containing an illustration of mine also comes framed, signed and kissed. 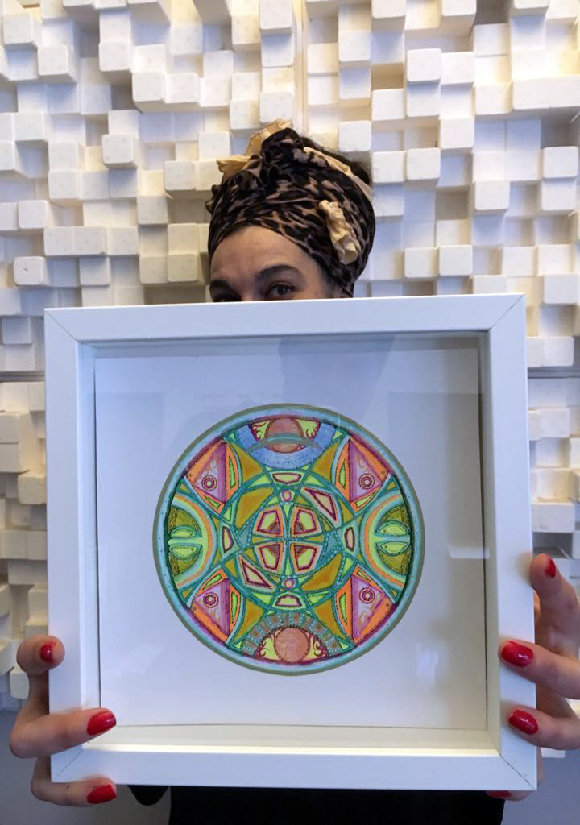 We will also be making a video of thanks to the whole Afrolailo family: your support makes the project possible. You can send us a greeting or photo to include in the video, or if you prefer, we will simply name you. We hope to celebrate that the campaign has ended successfully. Do not stop the Music!

The idea is to deliver the rewards between April 24 and May 13.

We leave these dates a little open because production and manufacturing can be delayed a bit. Anyway we will be in contact with you and we will tell you all the details. 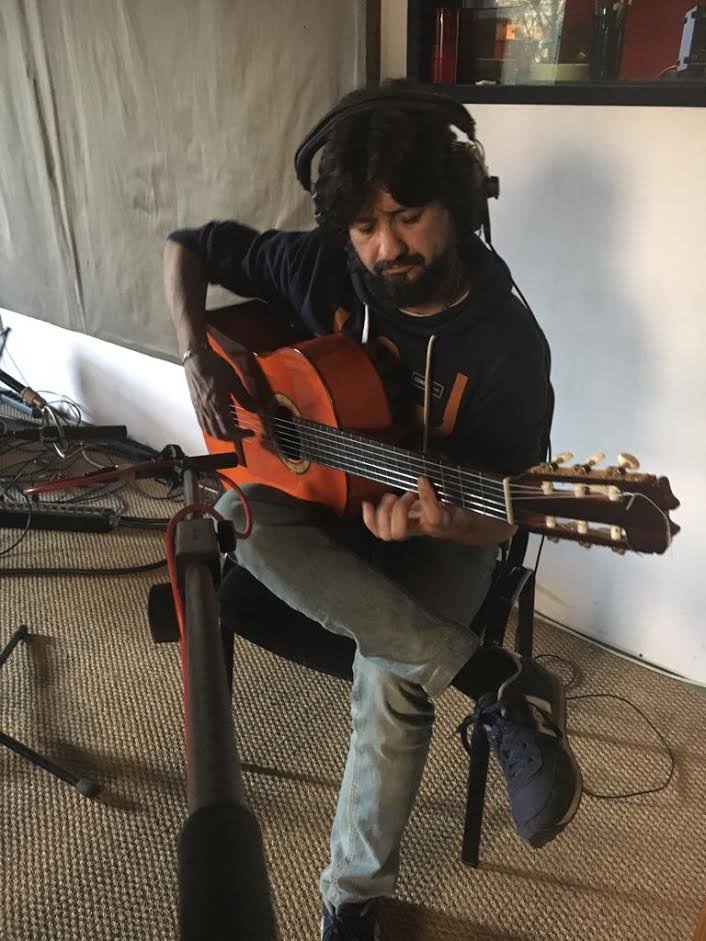 Does not include disc. It is necessary to add this option for any reward being sent to the countries of the European Union.

INTERNATIONAL SHIPPING OUTSIDE THE EU. Does not include disc. It is necessary to add this option for any reward being sent to a territory outside the European Union.

Private concert for your bar, association, collective, company (trio format). We have 4 signed CDs. Thanks Video Appearance. Only in Barcelona or surrounding area. 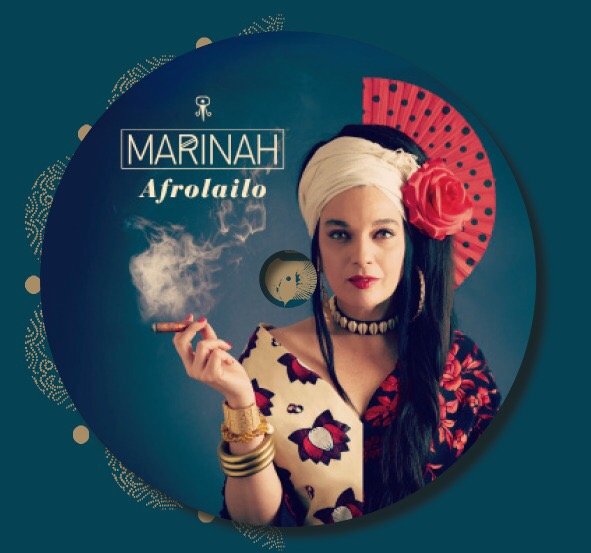