A simple input for those who want to help in someway with the album creation.

Forja is a Folk Metal band in Catalan, funded in 2012 by Martí, the vocalist. Soon the project took shape, and with the rest of the band they record a demo which blended Power Metal with Folk elements.

In 2015, after a series of changes in its formation, the “Tornant de la Batalla” EP is recorded, leaving behind those Power Metal elements and centering around a more Folk Metal approach and with a better production. Now in 2017, the band wants to produce their first LP titled “El Llibre dels Feyts”: a conceptual album with a more defined style than in previous releases.

What will we do?

Forja is going to finally delve into the recording of our first album, which will be a conceptual work around the figure of Jaume I (Count of Barcelona, King of Aragon, Valencia and Majorca) and will be titled El Llibre dels Feyts, as the first of “The Great Chronicles”. 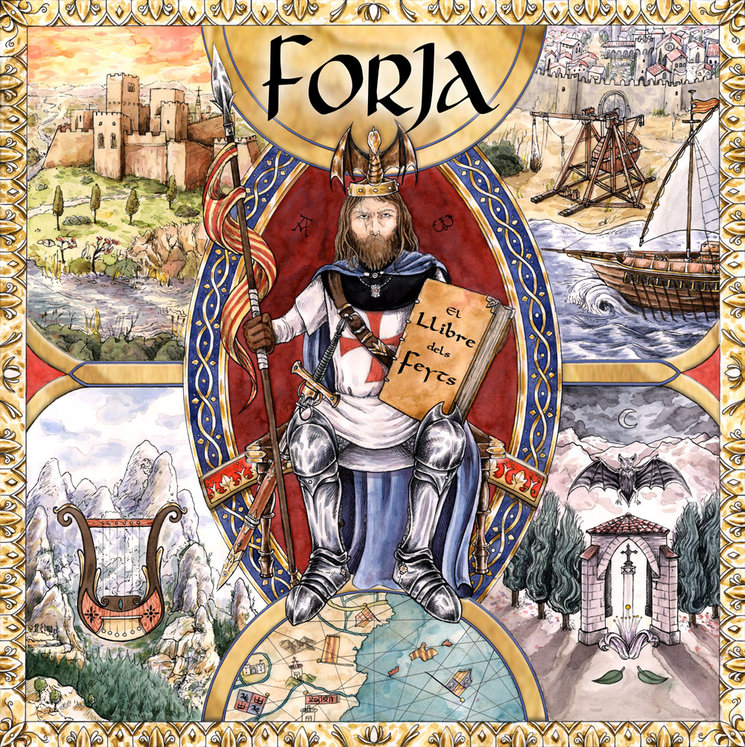 The album will be recorded this summer at AXTudio at Barcelona, and despite not having release date yet, it will be available before next year.

Where will your contributions end up?

We have decided to use Verkami because, as we did with the EP “Tornant de la Batalla”, we want the “Llibre dels Feyts” to have the quality we believe it deserves; because of this, we have searched for the studio which we think is the most adequate for this album.

-Recording and mastering of the album at AXtudio.

After long internal debat, we have decided to aim for the initial sum of 1200€; even though the recording and production costs are significantlly higher, we will assume most of the expenses and this initial milestone will be a huge help.

All the additional income will be spent on enhancing the album’s production.

We have different rewards for all of your contributions; all contributions above 5€ will include digital download of “El Llibre dels Feyts”, and all the rewards which need shipping will have it included according to the destination (be sure to check if your reward is available for shipping at your area!). If you have any doubt, please don’t hesitate to send us a message. 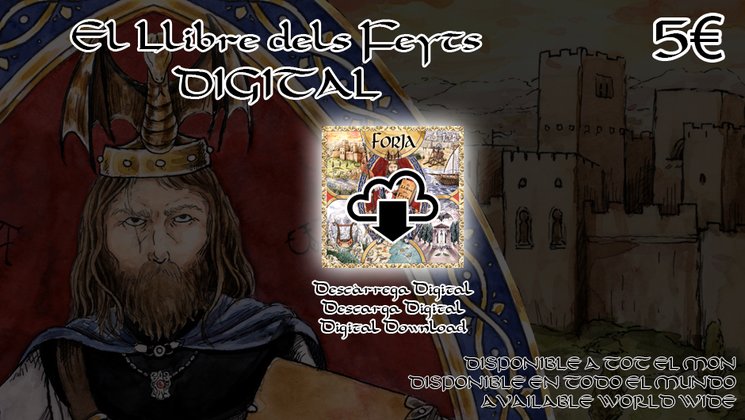 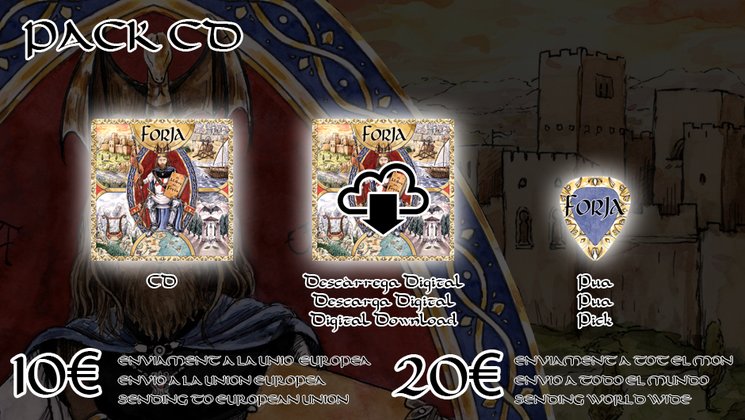 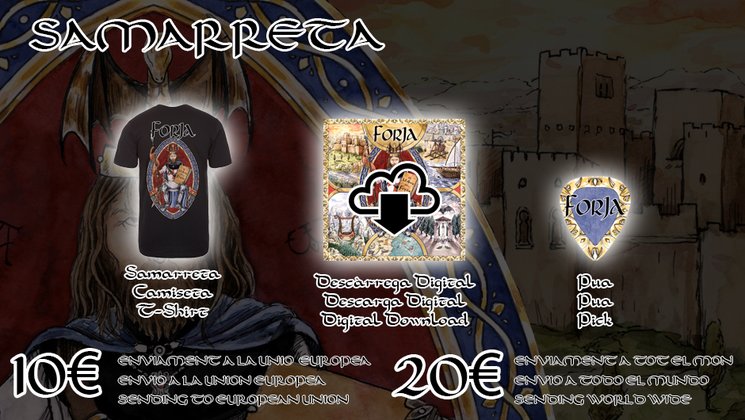 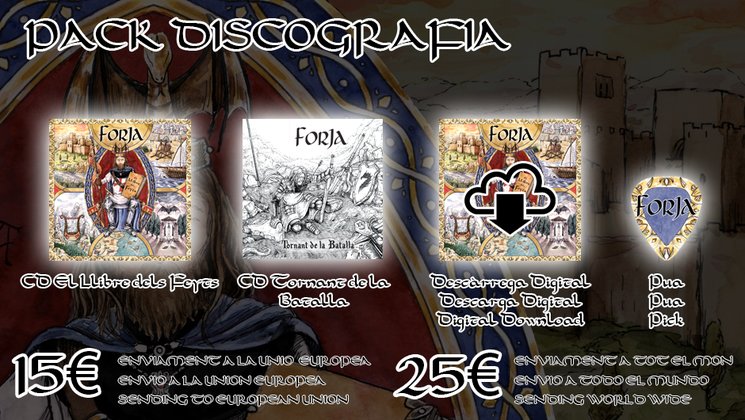 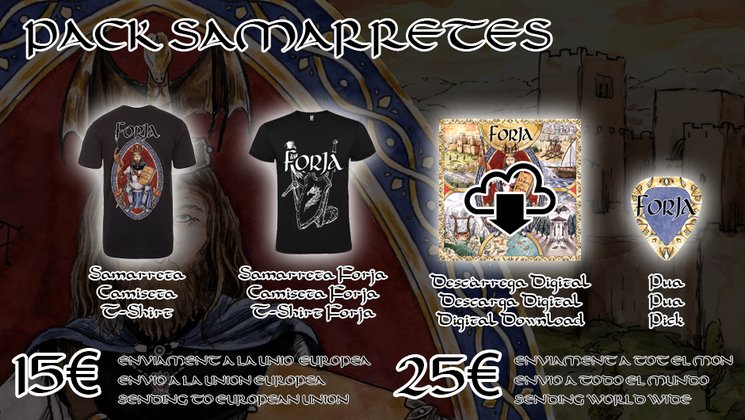 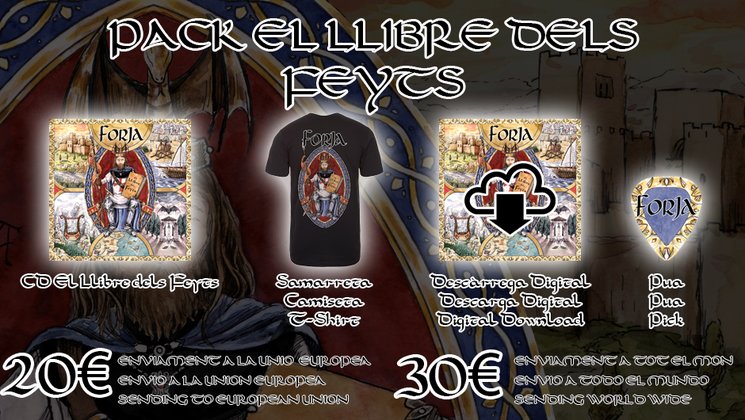 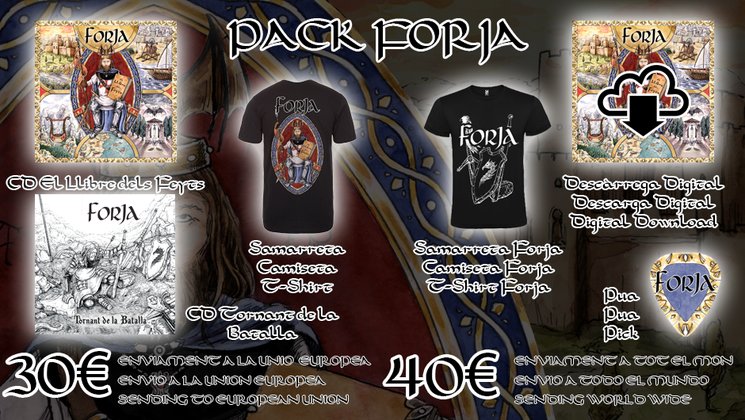 The album will be recorded August 2017, and we expect the rewards to be delivered between 2 and 4 weeks prior to album release, which will be by the end of this year.

If you have any doubt, you can contact us at info@forja.cat

A simple input for those who want to help in someway with the album creation.