PACK “Lincoln Brigade”
-Appearance in the closing credits as a patron

PACK “If you want to write me...”
/- Appearance in the closing credits as a patron

- Documentary special pass with one or the three authors (**ATENTION : see section “About the Rewards”**)

PACK “La Pasionaria”
- Appearance in the closing credits as a patron

PACK “Marseillaise Brigade”
- Appearance in the closing credits as a patron

PACK “International Brigades”
- Appearance in the closing credits as co-producers

The Last Brigadist is a documentary about Josep Almudéver’s life, one of the international brigadists that have participated in the Spanish Civil War, on the Republican side, and the only living one nowadays in the world.

In an intimate and personal way, the viewer will experience the feelings of seeing Josep telling his story, as well as, recalling his emotions from back then. Thus, the protagonist expresses in the first person one of the bloodiest and most difficult episodes in the Spanish history: the Civil War (1936-1939).

Almudéver didn’t hesitate for a second joining the Republican army, even if he was only 17. Still, as he was a minor, he had to forge his papers. Finally, despite this kind of difficulties, he reached the front.

In 1938, a shell hit the brigadist, seriously injuring him and forcing him to come back to València.

Even so, and taking advantage of his French nationality, he joined the International Brigades and fought until they were expelled from the Spanish conflict by the Non-Intervention Committee.

Later, Josep learned firsthand what it was like to be a prisoner in concentrations camps, such as the so-called Los Almendros, in Alacant, or the one in Albatera, as well as, in Porta-Coeli, La Modelo or Aranjuez prisons.

When he finally got free, he was compelled to exile in France.

We are a three-friend group, who studied the Audiovisual Communication licence in the Universitat Politècnica de València.

Our film producer is called Three Roots and it is integrated by Marina Fuertes, Carles Sànchez and Josep Aguado. Our society was born in 2016 from the idea of a former project with another film producer, Arrels Audiovisuals, with whom we used to collaborate.

During our university period, the three of us carried out several projects together. However, it was the success of our first piece, Arrels, Canyes i fang¸ that motivated us to continue to work together.

After that, we filmed Setmana Santa , a documentary awarded in the CIM (Cine Internacional de Mierda) in Sueca (València) and De raça albuferenca, another documentary for the association Falla Port de Silla (València). We also shot the album presentation concert by Ivan Brull, Canvi dels angels, as well as a documercial for the perfume company Jaromas, the Valencian Culture Conferences and a graphic report about El mercat de la terra in Xaló (Alacant).

Nowadays, we are working really hard in order to reach our goal: carry out this interesting, as well as necessary documentary. 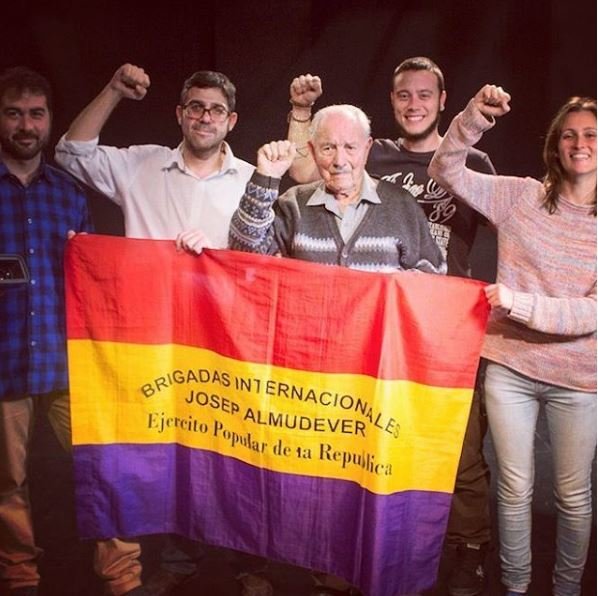 Who else is contributing to this?

Where will be your contributions directed to?

Your contributions to the project will be directed to pay the collaborators, to pay for the Spanish Civil War footage (pictures, videos, documents), since it is not possible to accede to the most of it for free. Your contributions will be also used for the distribution and the marketing; for the crowfunding rewards, as well as for the production and the postproduction. 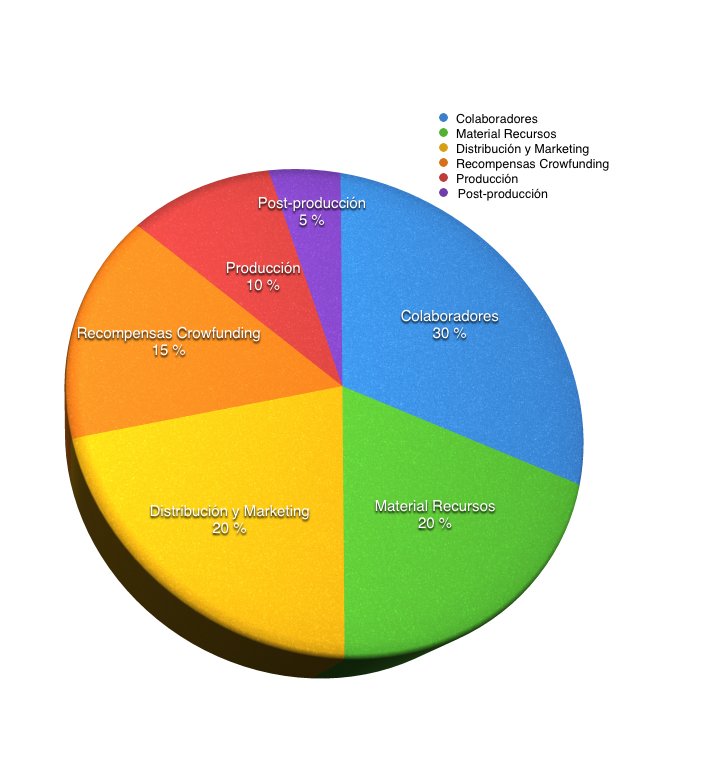 PACK “Lincoln Brigade”
-Appearance in the closing credits as a patron

PACK “If you want to write me...”
/- Appearance in the closing credits as a patron

- Documentary special pass with one or the three authors (**ATENTION : see section “About the Rewards”**)

PACK “La Pasionaria”
- Appearance in the closing credits as a patron

PACK “Marseillaise Brigade”
- Appearance in the closing credits as a patron

PACK “International Brigades”
- Appearance in the closing credits as co-producers