The path of imagination has no limits. Stage adaptation with puppets, shadows, screenings and live music of Fred's comic Philémon.

Contribute to the project
View project in Català, Castellano and Français

2 tiquets for the show
+ personal appreciation

First volume of the comic Philémon
+ 4 tiquets for the show
+ personal appreciation.

First two volumes of the comic Philémon
+ 4 tiquets for the show
+ personal appreciation.

The three volumes of the comic Philémon
+ 4 tiquets for the show
+ personal appreciation.

Special mention in the credits of the show
+ integral work of the comic Philémon
+ 6 tiquets for the show
+ personal appreciation.

To be established as a co-producer in the show's credit titles
+ integral work of the comic Philémon
+ 6 tiquets for the show
+ personal appreciation.

Cia El Dit al Nas we enter the final stretch of our new project: an adaptation of one of the great French cult comics: Philémon.

When we were little, we were excited by a French comic book published in Cavall Fort magazine. It was mysterious, dreamy and attractive, so different that it exceeded the limits of our childish imagination! Philémon was a comic book where everything was possible, that's why Fred's drawings have survived to our memory today. 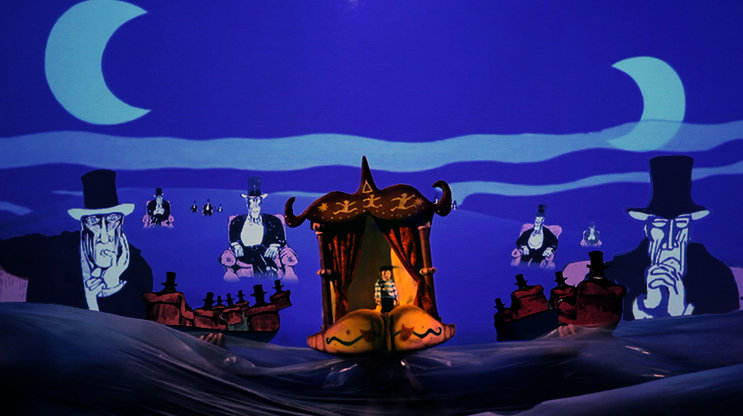 In all the maps of the world, between Europe and the American continent, some letters form the words Atlantic Ocean. Cartographic Convention? Perhaps, but in the world of Philemon, these letters are not symbols, but islands with letters, a magical archipelago that exists and at the same time does not exist and in which, therefore, anything can happen to them.

The surrealist trips of Philemon and his donkey, Anatole, for the worlds of letters are considered one of the great classics of the modern French comic book, perhaps the European work that has best known the meaning of the wonder of Windsor McCay's Little Nemo in Slumberland and the surrealism and imagination of Lewis Carroll's Alice in Wonderland.

Philemon's travels are a show for family audiences with puppets, shadows, screenings and live music.

To recreate this universe, we use screenings from images taken directly from the comic, in order to respect the stroke and color.

The real world from which the main characters are sold is represented by the technique of shadows and in the dream world of the letters of the Atlantic Ocean we break the two dimensions using puppets of different techniques (stalk, glove, flat silhouette ...) as well as different scenographic resources that support visual poetry characteristic of comics.

We want to dilute the boundaries between one and the other, as in the comic is the boundaries between reality and fiction. And to make the amalgam of all this, we will use live music (voice, flute, synthesizer, loop station, percussion) to create the atmosphere of history, as a generator of everything that is going on. 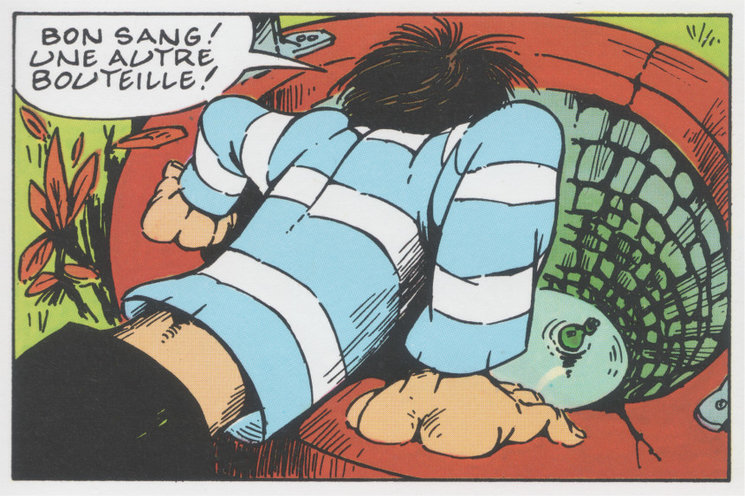 The path of imagination has no limits.

At the bottom of a hole there is the door to another world: the magic universe of the letters of the Atlantic Ocean. It is a place that does not exist, and therefore, a place where everything is possible.

Philemon, a young boy, curious, with impetus, discovers the entrance to this world. There he knows Barthelemy, a shipwreck of time. Together they travel from one world to another, in search of an impossible, crossing the boundaries between reality and imagination.

But every game has rules, and breaking them may have unpredictable consequences ... 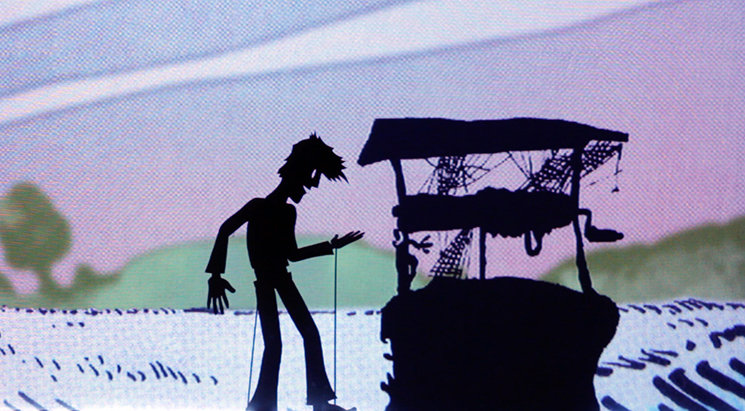 What use will we give to your contributions

We enter the final stretch of the show, and now, more than ever, we need your support.

Your contributions will be used to help cover the final production costs of the stage design, puppets and graphic material of the show.

Some of the money will be also to pay for the copyright that the publisher Dargaud has given us. 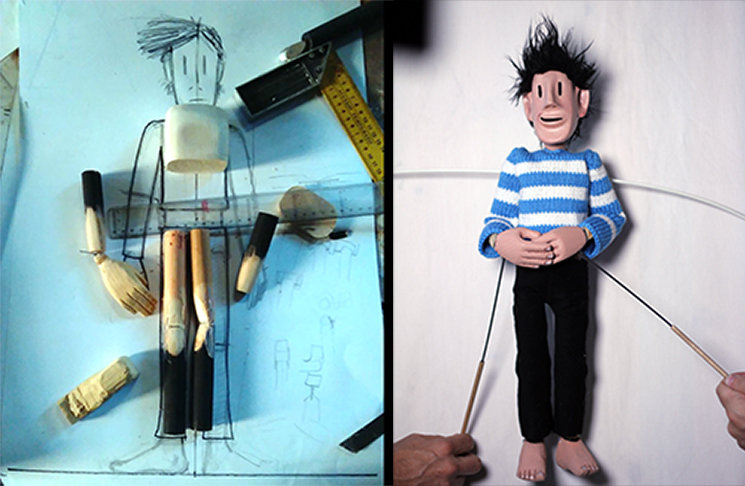 Under the umbrella of the Company El Dit el Nas, we have gathered people from other professional companies with their own route.
"Philemón's travels" is a co-production by Company El Dit al Nas, Cal Teatre, Vudú Teatro, Zia Guantazo and the video production company Contrafilms.

The production is being carried out in Ca la Rita art studio in Arenys de Mar. 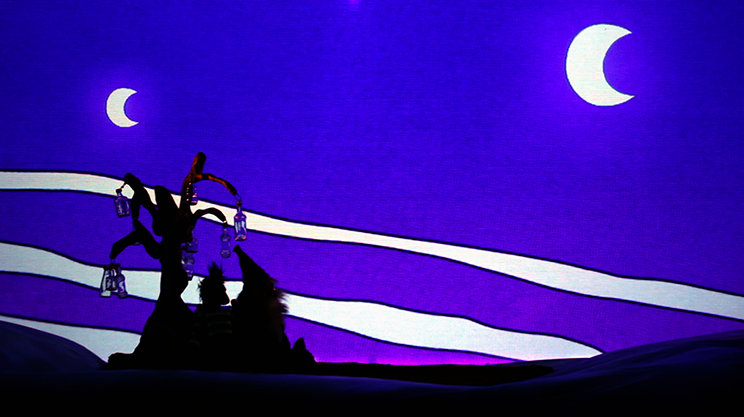 Our team consists of:

Construction of puppets, shadows and set design, and manipulation:

We also have the collaboration of Martí Doy in the construction of puppets and stage advice.

After an intense year of production, we enter the final stretch of the project.

We are currently finishing the stage design and some elements of the puppets and we are starting the essays.

We are also granted an artistic residence with the support of Testimoni Escènicin the town of Avignon during January 2018 and several confirmed events for the month of February and March: Olot February 9, Cabrianes February 18, Navàs February 21 and Sant Pedor March 3.

We were selected at the Project Market promoted in La Mostra de Igualada 2016 of children's and youth theater and we are waiting for confirmation to officially premiere the show in this year's edition. 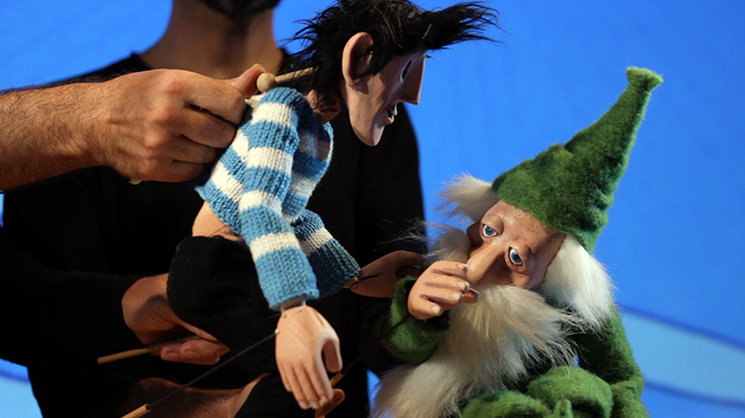 We have the collaboration of ECC edicions that has recently edited the entire Philémon collection and that of Cavall Fort magazine that edited some of the stories during the 80s under the name of Filalici.

We count on you to end this project.

2 tiquets for the show
+ personal appreciation

First volume of the comic Philémon
+ 4 tiquets for the show
+ personal appreciation.

First two volumes of the comic Philémon
+ 4 tiquets for the show
+ personal appreciation.

The three volumes of the comic Philémon
+ 4 tiquets for the show
+ personal appreciation.

Special mention in the credits of the show
+ integral work of the comic Philémon
+ 6 tiquets for the show
+ personal appreciation.

To be established as a co-producer in the show's credit titles
+ integral work of the comic Philémon
+ 6 tiquets for the show
+ personal appreciation.