On a return trip to the island of Minorca, we seek the past to reconstruct the fictions of family memory

Your name will appear on the credits of the film.

Your name on the credits
+ Link to watch the film online
+ 2 invitations to the premiere
+ A3-sized poster of the film
+ DVD with the film and extra contents
+ Mini photo-album with pictures of the shooting, signed by the whole crew

Your name on the credits
+ Link to watch the film online
+ 2 invitations to the premiere with reserved seats
+ A3-sized poster of the film
+ DVD with the film and extra contents
+ Mini photo-album with pictures of the shooting, signed by the whole crew
+ CD with the soundtrack of the film

In every family there the blurred figure of someone who, despite of not being there anymore, keeps being present somehow. Josep travels with the crew to his birthplace, Minorca, with the will to reach for the traces of his family memory.

The research about a grandfather that he could never know is interrupted by the questions about a father who, although appearing on family pictures, he stopped being the man that Dolores, Josep's mother, fell in love with.

"A Home-video" is a medium-length film that has been created as Eva Casas and Josep Gayón's Thesis Project. They are students of Audiovisual Communication at Pompeu Fabra University (Barcelona).

Being an essay about time and memory, "A Home-video" has a background of a harsh critic to Spanish politics. Winging between past and present, we go back to the touristic boom of the late 90's that radically changed the life of the islanders, also dealing with the real-estate crisis that changed the course of the family's story.

Verkami is a platform that helps many projects from independent creators become possible, thanks to the collaboration of lots of people.

This film wouldn't be possible without your help, and that's why any contribution that you can afford means everything to us. Below, you can see how the money we need to make this film is going to be spent.

Verkami is an all-or-nothing crowdfunding platform. Our goal is to reach 2.500€, and we have 40 days to make it.

How we distribute our budget

The contributions obtaneid on this platform would cover most of the expenses of our project, from the shooting to the postproduction phase. This is the distribution of the expected expenses: 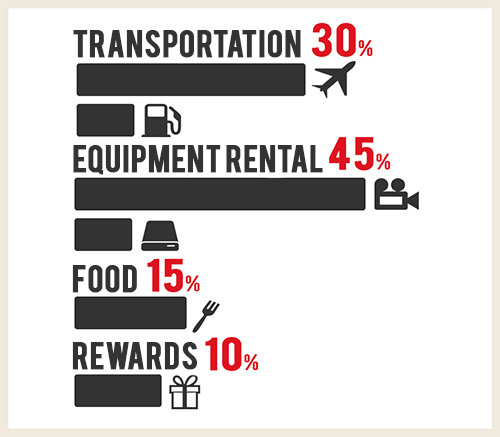 Memory is something that never stays away from fiction. Even though "A Home-movie" will follow the documentary film dynamics, the style of the film is closer to fiction. Being aware that, at the same time that we are "seeking the truth" we are also telling a story, and thus, creating another fiction, we are avoid the documentary visual codes.

Parallel to the main shooting, a home-camera from the 2000's will follow the team on their journey, working as a kind of diary, merging with the archive footage and the home-videos of Josep's family. This camera will make the shooting process visible, and with it, the questions and contradictions that this return trip will bring up.

The unsoiled island of Dolores' childhood can still be perceived, although the essence of Minorca only shows itself when the tourists haven't arrived yet.

An abandoned building by the beach of Binimel·la will be the conjunction of a period of history, a political context and the family story that got trapped inside

In "A Home-video", Minorca's landscape plays a leading role. Almost being alive, les scents, the colors and wind of the island pull us to the past and start an intimate dialogue with the camera.

Eva Casas was born in 1996 and she's from Gironella, Catalunya. About to graduate in Audiovisual Communication at Universitat Pompeu Fabra, Eva Casas has directed "L'Era enfonsada", a documentary that was produced by the same university and broadcasted by Betevé.

Josep Gayón was born on the island of Menorca in 1996. He's also about to graduate from Universitat Pompeu Fabra, after spending six months at the University of California, Berkeley, where he took Documentary classes with the Professor Linda Williams. He wrote and directed "Maminka", a fiction short film produced by Prague Film Schools and that he will present to film festivals over the next months.

"A Home-video" is supported by several professors at Universitat Pompeu Fabra, as well as some filmmakers that have followed the project from the beginning.

The shooting of this film will be executed over two trips to the island of Minorca with the whole crew. The first trip will take place on the first week of March, and the second one, during Easter holidays.

After shooting all the footage, the postproduction phase will begin in April and the project will be finished by the last week of June.

As for the rewards, they will be delivered before the 31st of July, and the dates and place of the premiere will be provided to you as soon as possible.

We would love you to contact us if you have any question or advice about the project! Our intention is to create a honest and sincere film, and we need your help to make it real. 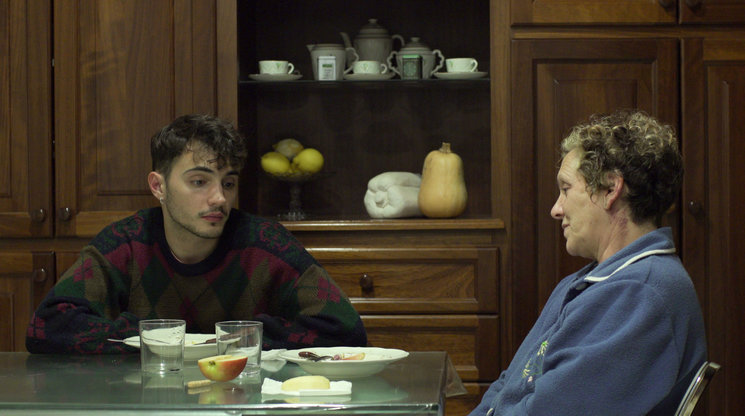 MOLTÍSSIMES GRÀCIES A TOTES I A TOTS!

Your name will appear on the credits of the film.

Your name on the credits
+ Link to watch the film online
+ 2 invitations to the premiere
+ A3-sized poster of the film
+ DVD with the film and extra contents
+ Mini photo-album with pictures of the shooting, signed by the whole crew

Your name on the credits
+ Link to watch the film online
+ 2 invitations to the premiere with reserved seats
+ A3-sized poster of the film
+ DVD with the film and extra contents
+ Mini photo-album with pictures of the shooting, signed by the whole crew
+ CD with the soundtrack of the film