This is the story of Albert and how “Living against the tide” helped him, his beloved ones and thousands of people to deal with the cancer.

Through this documentary, full of positivity and values, we want to transmit Albert's story and his life philosophy in order to keep his message alive, helping thousands of people to battle their own disease and improve their quality of life.

Pep Santiago, Against the tide director. 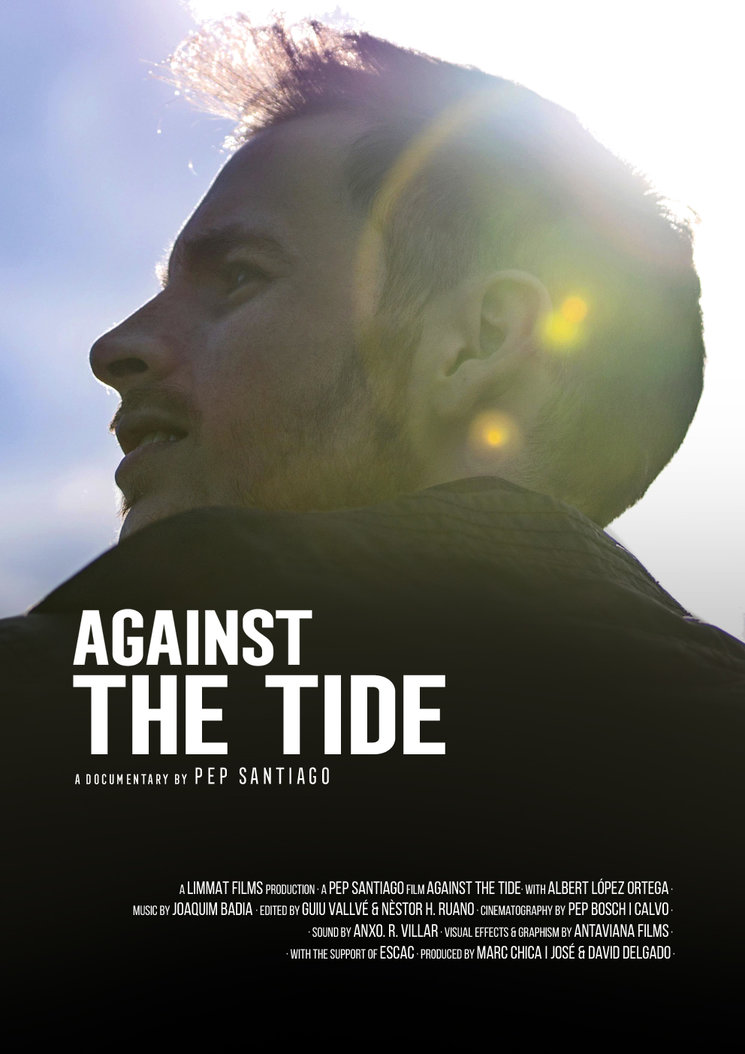 Albert, a young man aged 21, is diagnosed with his third cancer and this time he is determined to battle it again, but in his own way.

With nothing but a camera, he starts recording his own experiences and explaining what he is going through, and so “Vivir a Contracorriente” is born.
“Vivir a Contracorriente” ("Living against the tide") promptly becomes a social movement that breaks with the existing taboos around cancer and shares a new perspective of the disease with the world, a new way of facing cancer based on communication, a healthy lifestyle and, especially, an insatiable will to live, instead of fighting to survive on a bed.

This Internet-spread social phenomenon will bring Albert's fight to the hearts of thousands of people worldwide. 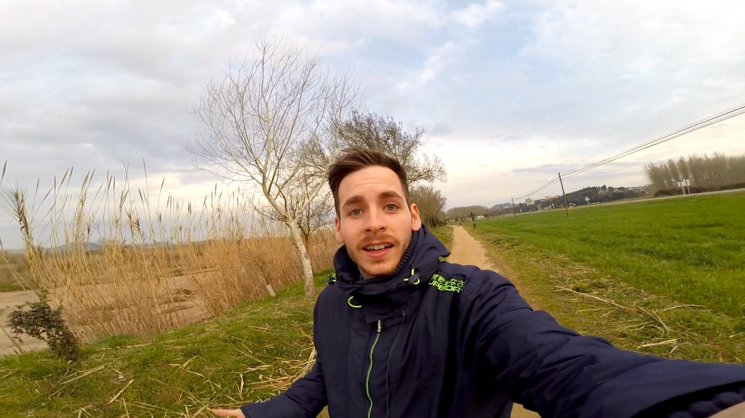 Albert fought against cancer for almost his whole adolescence and was an example of perseverance for anyone who knew him. Even though he had to give up on his dreams in several occasions –firstly, on becoming a professional handball player and, later, on becoming an architect–, he always kept smiling and willing to fight.

During his third cancer, he decided to share his experiences and his story through the social networks and created “Vivir a Contracorriente”, which became his life project and allowed him to help other people overcome the obstacles in the way and appreciate the little things.

Unfortunately, Albert lost his battle against cancer a few months later, at age 21, but he managed to live in his own way and provided us with a precious legacy. Through this movie, we want it to be remembered and to keep helping as many people as it did when he was still with us.

What is “Vivir a Contracorriente”?

“Vivir a Contracorriente” is a movement born in social media that aims to break with the taboos around cancer and help to deal with it in a positive manner with the message: be in control of your own life and spend it doing what makes you happy.

When diagnosed with this disease, many families and patients of cancer find it hard to communicate and speak to each other, and problems such as depression and isolation are much more frequent than one would expect.

Even though he too felt lost at the beginning, Albert decided to battle cancer in the best way possible: optimistically and with the will to live. “Vivir a Contracorriente” encouraged lots of people to keep fighting and discover that they were not alone.

Why back this movie?

Through the documentary Against the tide we want to share and promote Albert's message and spread his life philosophy.

The strength and courage that himself, his family and his girlfriend showed when dealing with cancer has allowed us to create this intimate picture that breaks with all taboos and shows us how they experienced the disease day by day.

Even though cancer is one of the main causes of death among our society, we still do not know how to face it. Against the tide intends to give voice to this hidden side of the disease through an unprecedented documentary work. 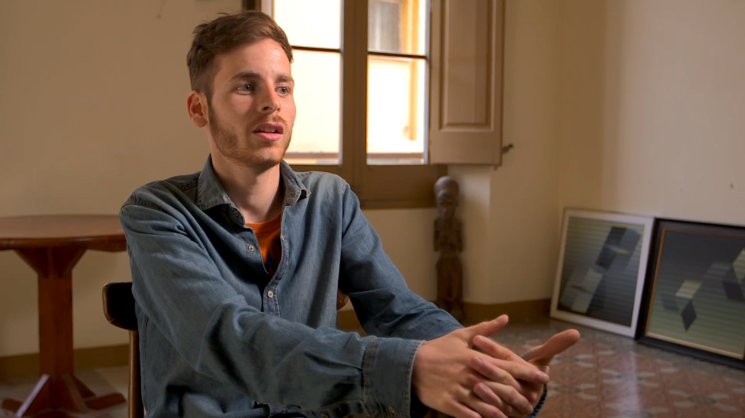 By putting ourselves in the main characters' shoes and joining them in their odyssey, we will eventually understand how an adolescent couple deals with a disease that unexpectedly bursts into their lives; how a mother, who supports her son unconditionally, plucks up the courage to wake up day after day, to fight and carry on with a smile. And, mainly, we will understand how a person diagnosed with cancer comes to the decision of being in control of his own life to do something as simple as living it. 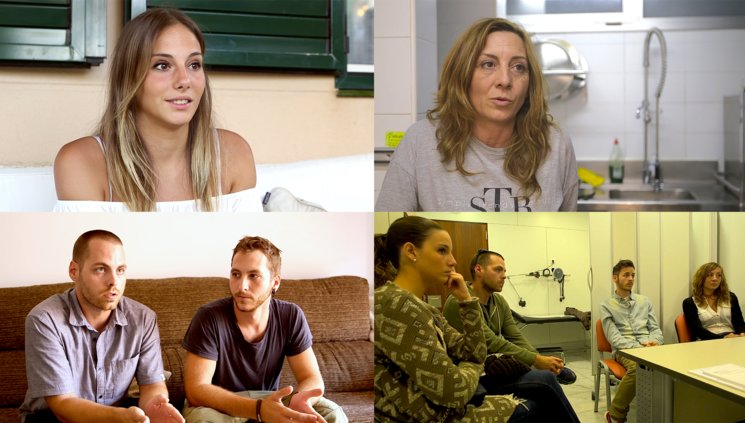 For these reasons and in order to promote communication, support and understanding between patients and relatives, this documentary aims to offer the spectator a series of tools to deal with cancer or learn more about this disease. This is why we are backing the Against the tide dream, which is now entering the final stretch of its race. Join us for the final sprint and become a member of this brave phenomenon and community.

“Vivir a Contracorriente” is a community created by our protagonist that has over 18,000 followers on social media and has come up with initiatives such as “#reto5000pilotos”, a challenge to promote sports and the quest for one's own dreams through the Internet.

And regarding the human team behind this documentary:

Against the tide has already been filmed and is only missing a few final touches! Now we must face the demands of the postproduction. Your contributions will allow us to:

Against the tide is expected to start its journey in the next Cannes MPITV and MIPDOC market to ensure that it can be seen in all TVs worldwide and Albert's message reaches as many people as possible. 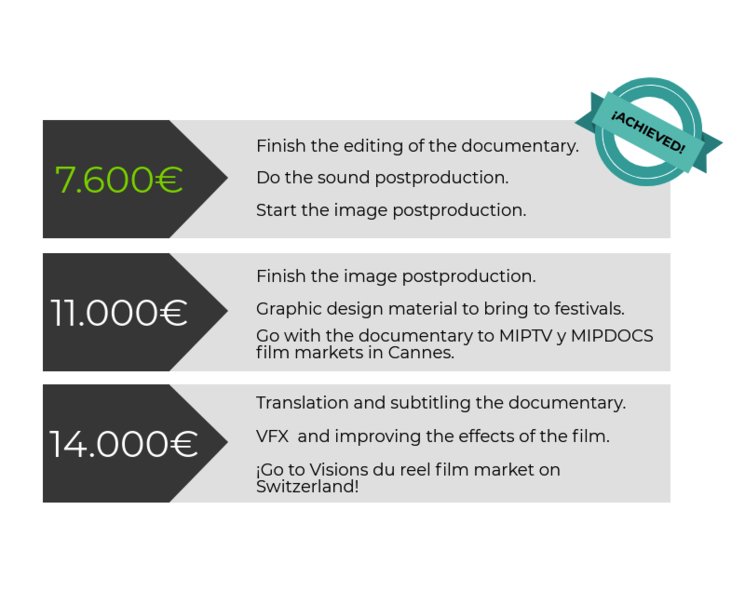 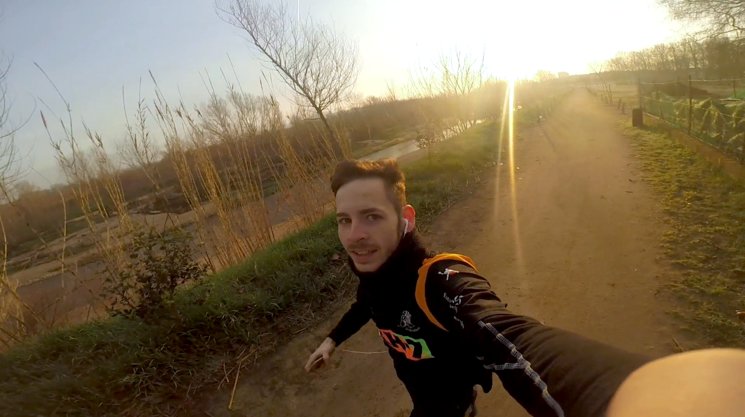 What rewards do you get?

All of the rewards have to do with Albert's world, his life and his way of thinking. With all of them not only we want to thank you for your support, but we also want to contribute to disseminating his message and, most of all, make you experience his philosophy.

There will be two premieres, one in Barcelona and another one in Girona.

All the donations will go to the association "Sin teta hay paraíso", dedicated to sensitize and give support to women with breast cáncer, specialy to those with low income.

The private screenings propositions will be done according to the sponsors, bringing and adapting it to the best place available according to your profile: particulars, associations, schools, etc.

You have to choose the reward you'd like to receive. A screen will pop up to record the pre-payment with your credit card number or through your PayPal account. This doesn't mean you have actually payed. It's just a pre-payment order that won't be materialized until the campaign reaches its finish line.

From then on, we'll keep you updated with all the news from the campaign through mail and you'll be able to ask us anything about the project. Evidently, we'll also answer your questions before your donation. The campaign is active during 40 days. That's the limit we have to get the funding.

IMPORTANT! If we don't reach our goal within that period, your donation will be canceled and no money will leave your account.

If you want to see exclusive material (images, videos, news and updates...) follow us on facebook and if you want to contact with us directly, you have our email at your disposal. 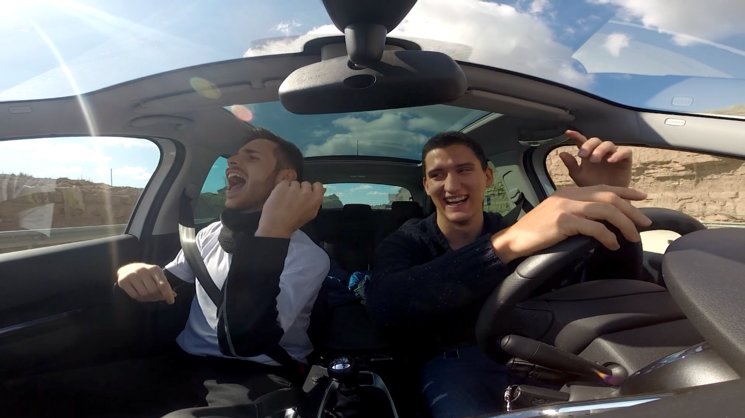 Visit us on social media and help us to promote the project by sharing all the news.

Thank you and keep swimming!