Hi Beautiful people. I am Raquel Lúa, almost graduated in phylosophy, amateur scuba diver, singer and songwriter. I was born in Barcelona 24 years ago an I have decided to record an album. ☺ 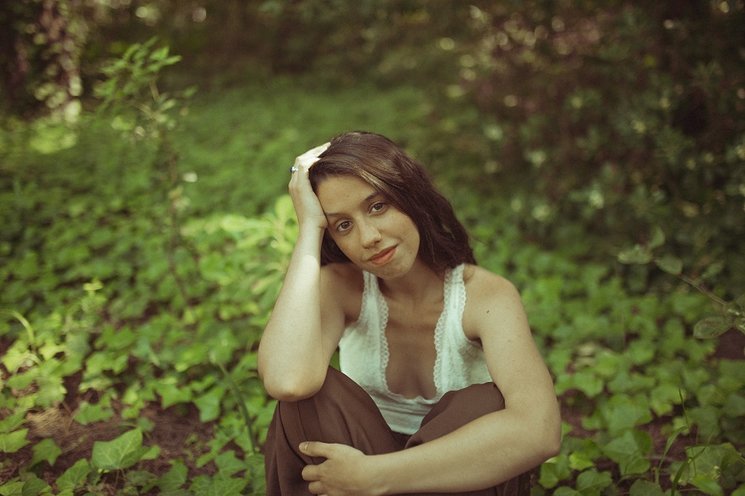 It will be my first album and it is going to be called "Ruegos y demás", it will be composed by 8 songs and some recited poems as interludes. All these songs have a link between each other, they are inspired by different world places folk. You will hear bossa, south american zamba, flamenco, greek song mixed with turkish music... it is a beautiful experiment and journey.

It is a timeless space where feelings, emotions and expression have a major weigh, all coming through my voice (a melismatic one which its said by some people that goes straight to the soul) and honest lyrics. Songs are tales, thoughts, poems, celebrations, pleas and more.

¿Why to do this Verkami campaign?

Simply because i am not able to bear the cost of the whole production since a lot of people is involved in it. Only mixing and mastering will cost 1200 €, The physicist copies will be 800, The graphic design 400, Photographies 200€, pay the great musicians that will be involved in this craziness will cost 1000€ (and it is such a low number for what they deserve.), each day in the studio 300€ (we need five days) and few more things. And thats why I need you my friends so I can arrive to yourself.

I promise that this album is full of love and the rewires for your help will be so lovely and smooth. ¡¡I come to offer my heart through Ruegos y demás!!

¿where I come from?

Three years ago I had the fortune that Taller de music’s project Cabal Musical trusted in my music y and helped me growing my project. Since that moment I have turned my way to the music path and I have put all my love in it, my desire and my time.

In this project I was assigned to a mentor so he can help me and after playing together a few times, our connection was so good that he decided to produce me this album with all his care and affection. He is Yeray Hernández, virtuous guitarist and currently my friend and guitar teacher. He masters Jazz but is so great at South american music too and a lot more of styles.

Back in the days, Yerai gave me the phone number of Amaia Miranda, a student of him, so we could play duo. The first rehearsal was enough to know that we would match perfectly. Our skin ruffled every time we played and a special connection, a beautiful sensitivity and deep affection born between us.

Thats why you will can hear her playing in some of the album songs. Day after day more people have been joining this trip. That is what i am and i would love to share it with you.

what your help will be used to?

Studio Recording and music video will be borne by me. so in the case that contributions amount to 3000€, all the extra money will be used to pay studio, music video and all that is related to promotion.

We will finish the recording by july, mixing and mastering will be done at early august so we can come out with the album in September. By the middle of this month i will give you all the rewards. The digital album will be sent to you by e-mail so you can enjoy it in advance.