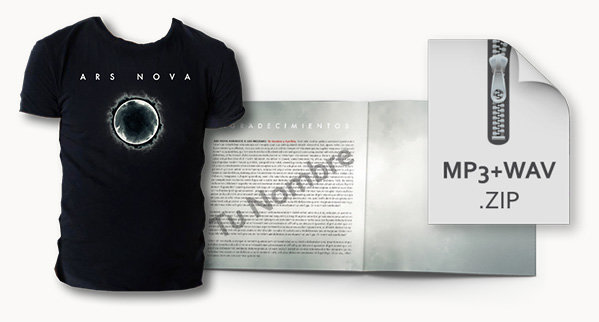 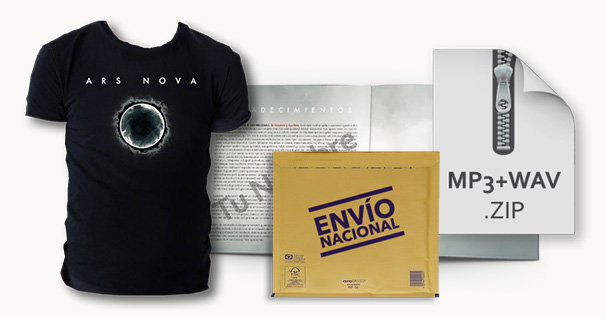 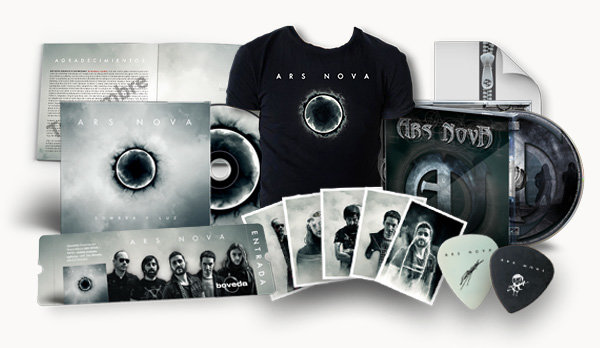 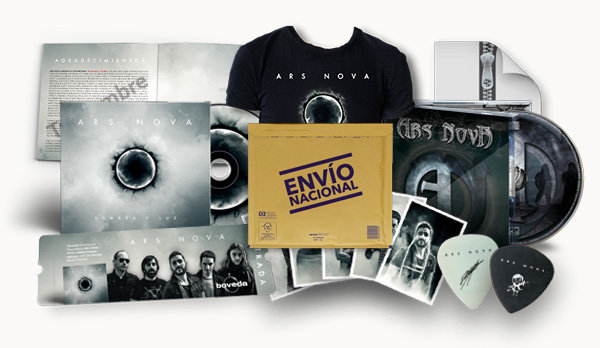 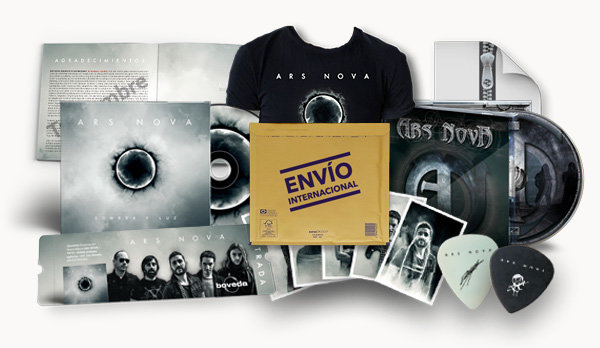 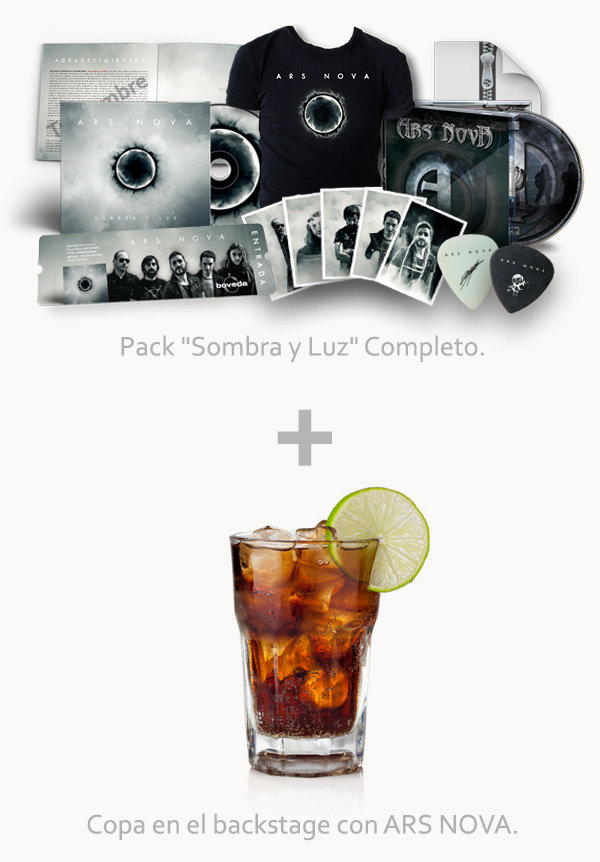 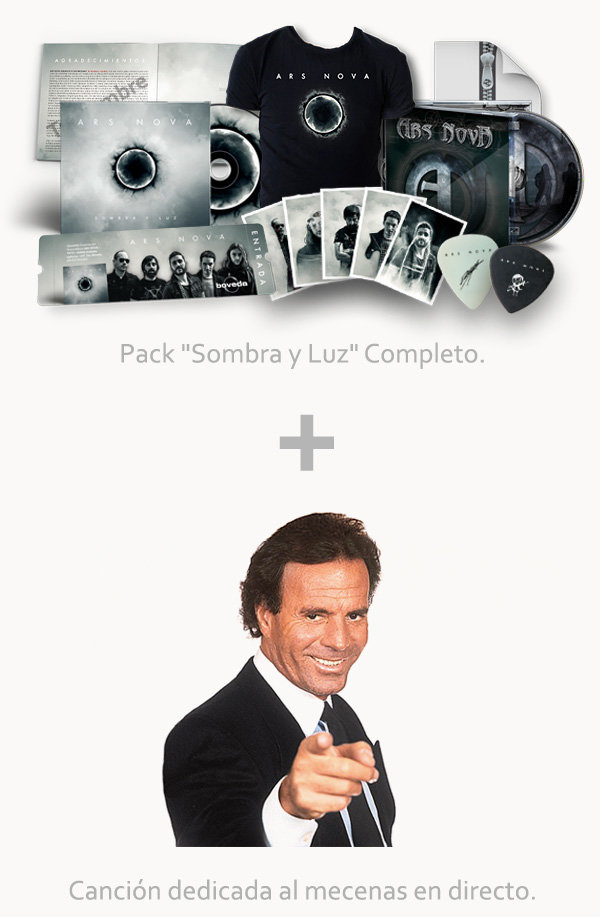 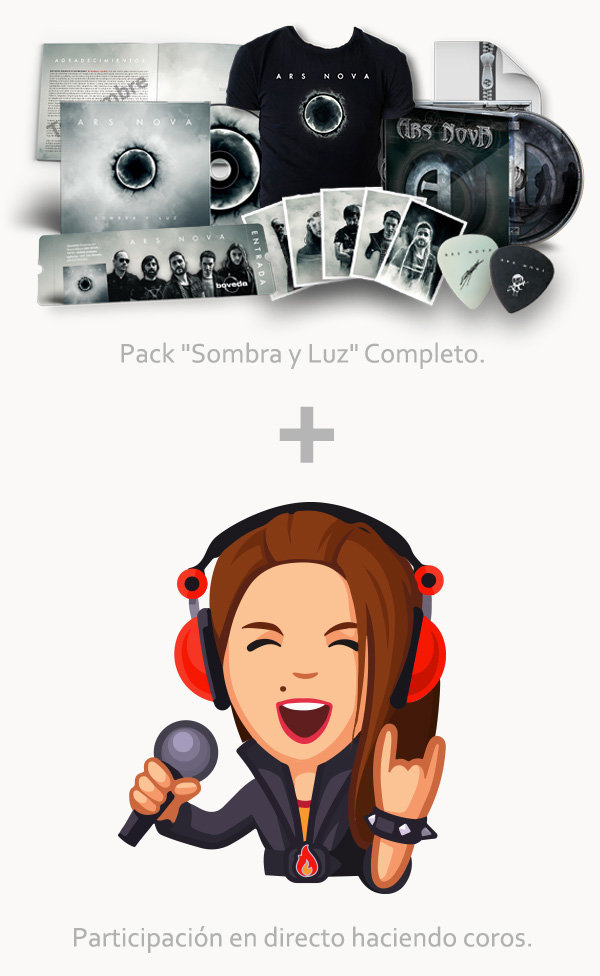 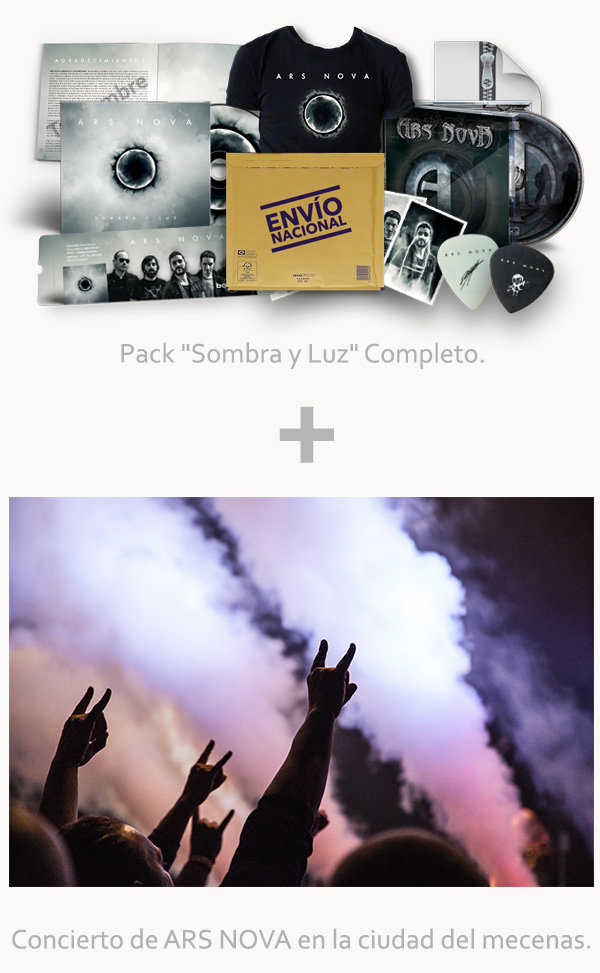 ARS NOVA is a band formed in Barcelona in 2008, with members with years of experience in the Spanish music scene. We play melodic heavy metal with strong influences of progressive and power metal.

▲▲▲ HAVE YOU CHECKED OUT THE VIDEO ON THE HEADER ALREADY? ▲▲▲

We’ve been working on our new album, Sombra y Luz (Shadow and Light) for a very long time. It’s a more mature and carefully crafted project than our debut album, "Ars Nova", and it has 11 all-new songs and more than 60 minutes of music.

Full of intricate and emotional melodies, complex instrumental sections and catchy choruses, we’ve given it our all to create and record these songs during these recent years to achieve a diverse and a very special new album.

The result is natural sounding production with a powerful sound that perfectly fits the songs in "Sombra y Luz".

You don’t believe us? Here you can listen to the first single of “Sombra y Luz”: Blanco.

What will we do with your contributions?

We funded the recording and mixing of the album ourselves. However, we want to offer you the most professional work possible in every sense, from the music to the design and presentation, and we can’t do that without you.

We need your help to get the best possible mastering for the album, as well as the creation of physical copies for it.

The high-quality digital version of "Sombra y Luz" will be available very soon after this campaign ends. The rest of the rewards, including the physical CD of "Sombra y Luz", will be ready for the live presentation of the album in Barcelona (Sala Bóveda) on January 19th 2019, and they will be available in the live show itself or up for delivery anywhere in the world.

We will present our new album live on January 19th 2019, in Sala Bóveda (Barcelona). It will be a very special night, with the collaboration from great guest bands and a bunch of songs from “Sombra y Luz” played live for the first time ever.

Backing this project is a unique chance at getting tickets for the live show at a discounted price, since they are included in many of the rewards. Don’t miss out!

If you can’t make it to the show, don’t worry: we’re hoping to add more dates soon to present the album in different places in Spain (or, who knows, the world!).

Once I’ve backed the project, what do I need to know?

During the duration of the crowdfunding, we’ll keep updating this campaign page to inform you of the state of the project and everything that’s going on. We’re also at your disposal for any doubt you may have during the process.

Once the campaign ends you will receive a form to fill out, in which you’ll be able to tell us what name you want to appear in the “Special Thanks” section of the album, as well as your preferred T-Shirt design and size and the mailing address for the rewards if it’s needed.

Thanks for your support and for being part of this project!

▲▲▲ ¿HAVE YOU ALREADY LISTENED TO THE NEW SINGLE FROM "SOMBRA Y LUZ" BLANCO? ▲▲▲