A drama built around a family tragedy. A teenager struggles to maintain both her family's stability and her own sanity. 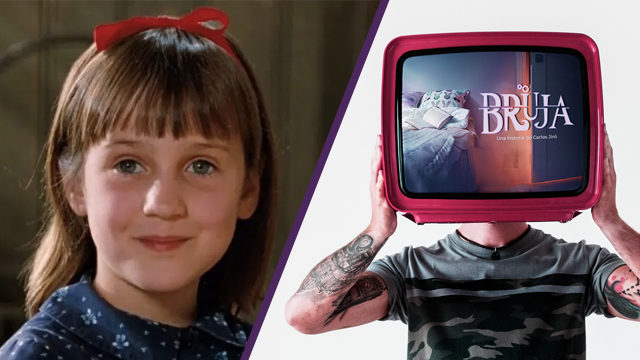 Listed name in the final credits as sponsor
+ Exclusive link to the private showing of the short film. 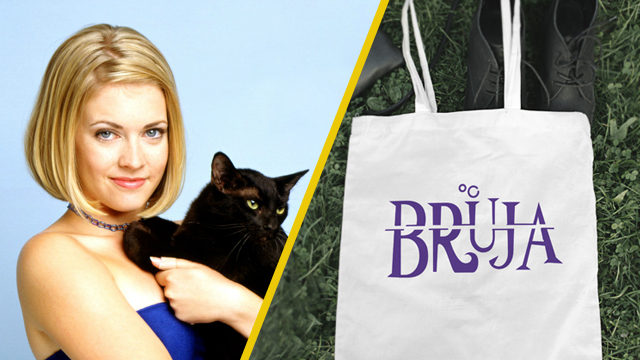 Canvas bag with the Bruja logo
+ Listed name in the final credits as sponsor
+ Exclusive link to the private showing of the short film. 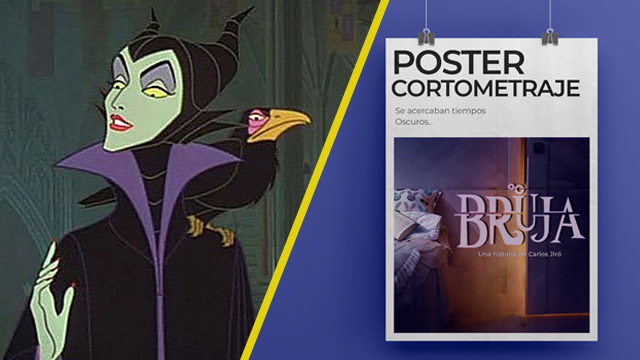 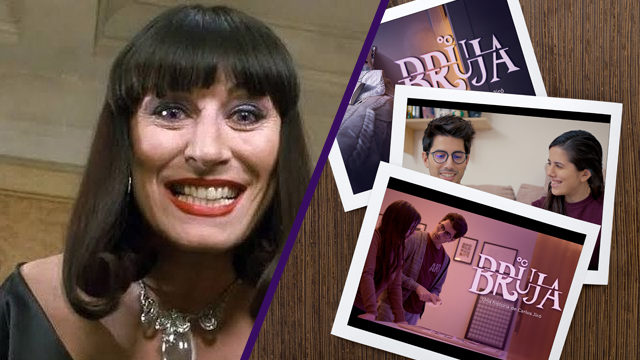 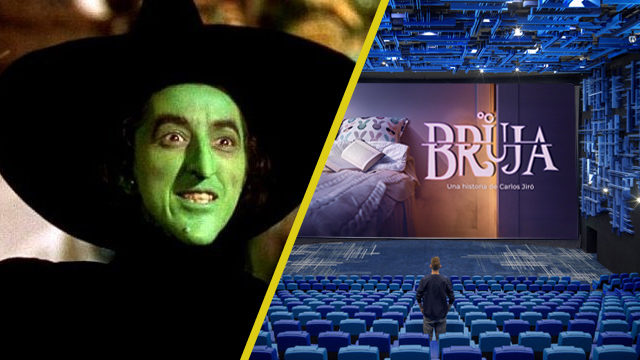 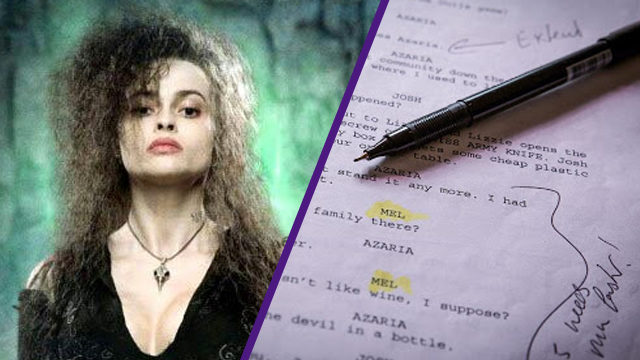 **Shipping available within the entire Spanish territory, except the Canary and Balearic Islands, Ceuta, and Melilla

Thank you to everyone who has contributed, we continue to grow and we've reached our first goal of 2.000eu to cover the proposed budget.

There are so many of you who are willing to continue contributing so that we can tell the world everything that's behind Bruja, a truly authentic story. Therefore, we propose a new challenge so our project may go farther. Will you help us achieve it?

Bruja ( Witch ) is a dramatic short film built around a family tragedy. It's inspired by the director and scerenwriter's own childhood and teenage experiences. We mean to transmit through this story the feelings and emotions we tuck away in those places inside of us we don't want to explore, leaving us feeling vulnerable and alone.

In the following report, we reflect on the short film's theme alongside the screenwriter and director. We analyze the concept of Bruja, as well as what happens when unwillingly life drags you down and you can't do anything about it. We hope you enjoy it!

Our new goal, 3.000eu will be allocated to the section of distribution and publicity to make sure our project reaches the highest amount of people once it's ready. We'll also allocate a portion to the post-production section, so we can properly portray the project's essence. Furthermore, we would like to achieve the necessary setting through the art department, since the story is developed in the 90s.

If we exceed our new goal, we will include an exclusive making-of for all our sponsors! In other words, if we reach 3.000eu, we'll create a unique making-of for all of you who have helped us, so that you can enjoy with us the work behind the scenes.

We want this to grow! And we would like you to be active participants:

What parts of Bruja's pre-production would you like to see? And what about from its filming? Would you like to come up with questions to ask the actors and the team? We want to hear what you have to say!

There are still 12 days left of the campaign, and that's why we've added new goals and rewards for all the participants:

Thank you so much for your generosity!

Paola is a teenager who loses her mother after a long illness. Her father, Jorge, is an executive that constantly travels and she is left under his guardianship.

Shortly after, he marries Pati, his late wife's sefish sister, who then becomes his daughter's stepmother. Jorge needs to leave home for many months ans Paola is left alone and at the mercy of her aunt, who psychologically abuses her to get everything she wants and needs.

As Paola becomes lonelier and more traumatized, she finds an old book her mother wrote for her, finally giving her an idea to put a drastic end to her situation.

Each contribution means a lot to our team and, becasue of that, we have prepared some prizes to reward you for your help. Here are the details:

The technical and artistic team is composed of involved professionals with a desire to make films and tell new stories. Read more about them down below: 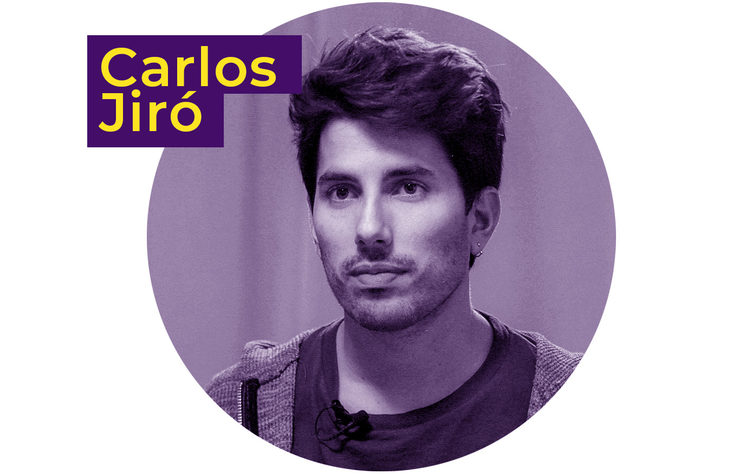 Graduated with a degree in Advertising and Public Relations, with complementary studies in: scriptwriting for short and feature-length film, theater, radio broadcasting, and voice acting performance. Currently studies Cinematographic direction.

He has directed the initial marketing campaign of Scott Cervine's American feature film Think and Grow Rich, in Spain and Latin America. He has produced and completed more than a dozen corporate videos and has also been a finalist of Canal Sur's Experiencia TV program with his report on "The World of Magic in Andalusia". Moreover, he has received awards as screenwriter and director for the short films Evidente and Folié a Deux at the 48 en corto festival in Granada.

You can view Carlos' reel video and his highlighted projects. 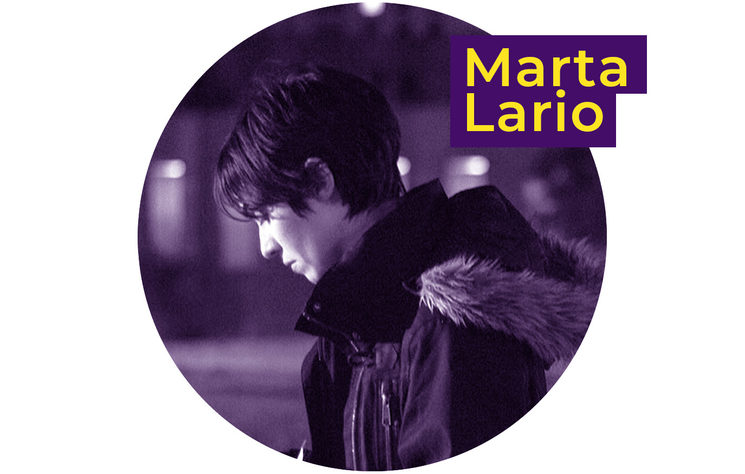 After studying Audiovisual Communication and a Master's degree in Film, specializing in Script and and Direction, Marta has worked in varios filming positions related to both specializations.

Until now, she has focused especially on short films, writing and directing Descanse en Match and producing SManiac. Moreover, she has participated in the Directing Assistanship in projects such as the short films Contrapasso, Ludópatas, and Nunca es tarde.

Likewise, most of her trajectory in the realm of series has been concentrated within the Department of Direction for the two pilot episodes, still in the post-production phase, of Septagon and Sinapsis. She currently works on script development both independently and for external production companies. 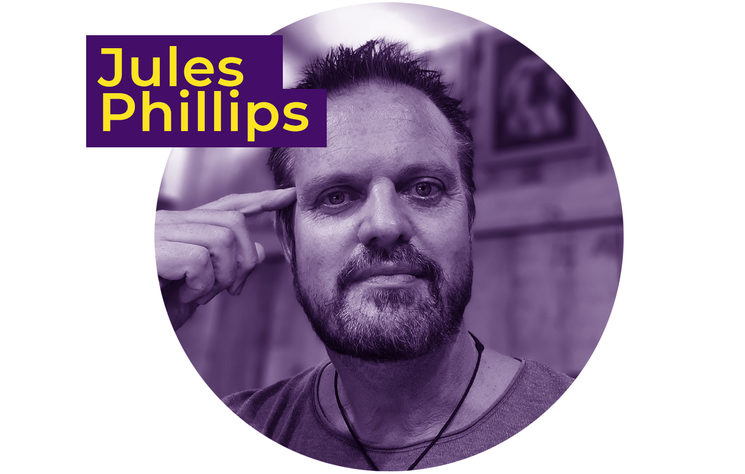 Jules has worked on a broad range of projects: the TV series Intergalactic, for Sky TV in the U.K., the Finnish series, The Paradise. He has recently worked on international films, such as Waiting for the Barbarians, starring Johnny Depp y Blake Lively, as well as The Rhythm Section with Jude Law.

He has extensive experience in scenography and stage design, graphic design, and produccion as assistant art director, coproducer and directo of various short films, documentaries, and advertisements. 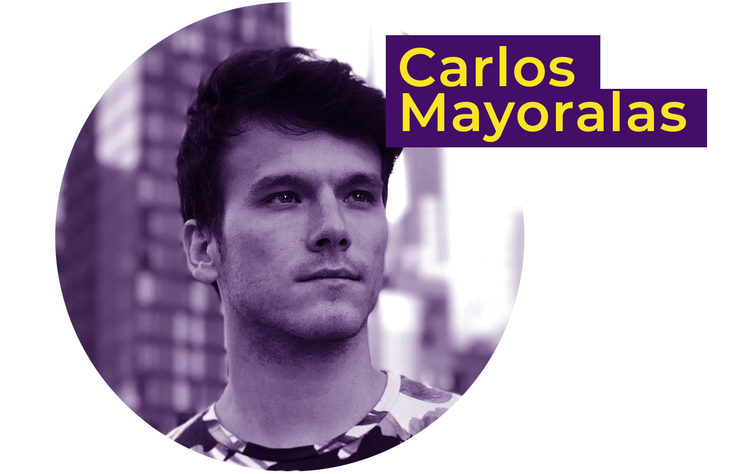 Carlos has studied Audiovisual Filmaking and Photography. He holds over 10 years of experience, particularly in the area of corporate image for international companies, allowing him to have travelled and captured with his camera over 30 countries from all around the globe. He has also completed additional studies in Postproduction, VFX, digital coulor correction y Direction of Photography. He has been working for many years in various projects alongside Carlos Jiró.

On television, he has worked for Telecinco and Canal Sur news broadcast as well as in the following programs: AR (Telecinco) and Experiencia TV (Canal Sur). In film, he has worked as Photography Director in Spain for the production of Scott Cervine's Think and Grow Rich, and has also been a camera crewmember for dozens of short films. 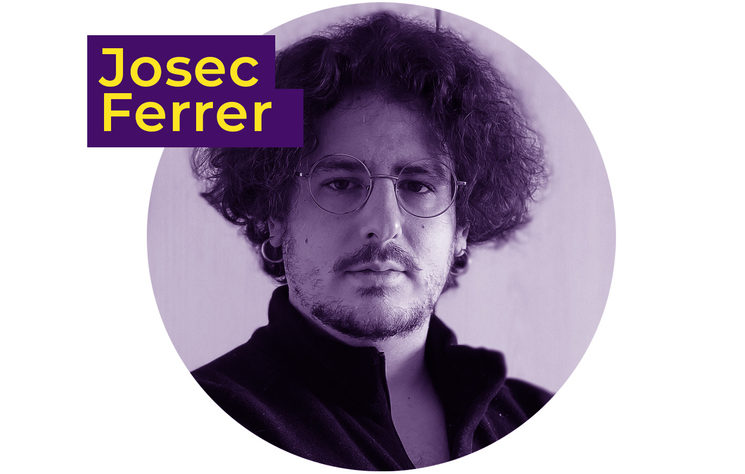 Josec has had experience in film and television and undertaken a great deal of projects: documentaries and music videos for influential bands, such as Fito y Fitipaldis.

He has also worked for Telecinco news broadcast and Atresmedia's program, Espejo Público. In film, he has participated in the feature film Trazos de Piel, as well as in various short films in the production department.

For more information about Josec, go to: josecvideo.com 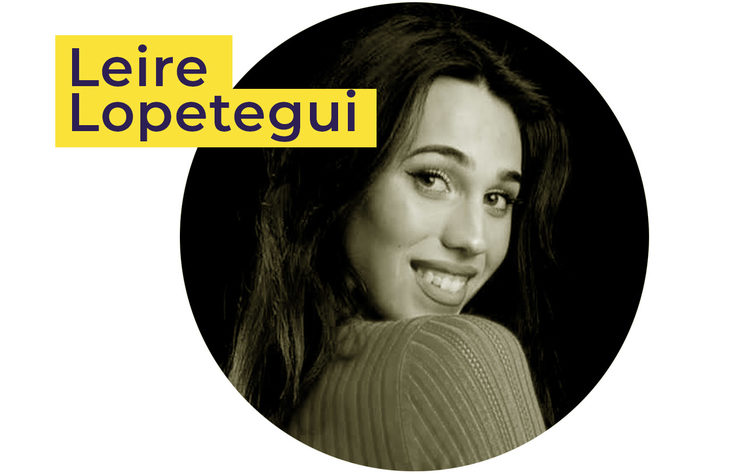 According to Leire, her three years of experience working in the micro-theater production Chicle, "marked a before and after in my acting career".

She has recently worked in the newly-released No he bailado una vez con vos, directed by Jesús Noguero and Vanessa Rasero. She also been part of Atlántida, directed by Alberto Conejero, and has also paticipated in the web series Salto sin red, as one of the main characters, directed by María Pasadas. This year she appeared in the award-winning show Veneno. 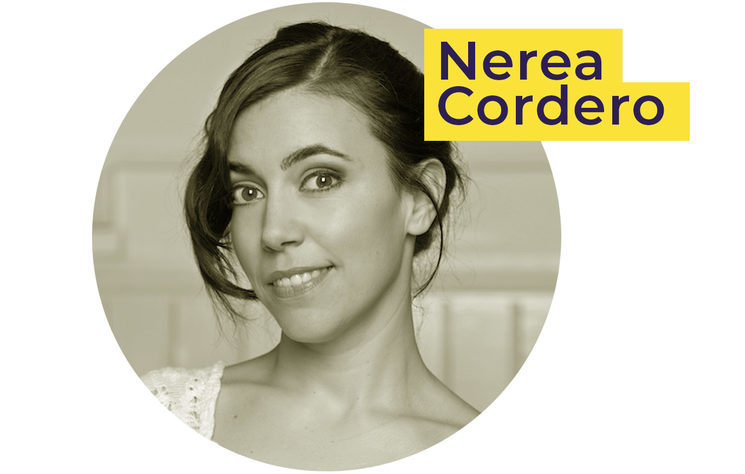 Nerea ss a graduate in Performing Arts from ESAD in Seville, and a graduate of L’École de Thêatre Philippe Gaulier (Paris). She won the Best Supporting Actress award at the I Premios del Teatro Andaluz 2013.

She has worked in professional theater for over more than 20 years and has participated in various short films, feature-length films, and television series. Among her most highlighted work are: the documentary Andaluzas from Canal Sur, the feature film El enigma de Agustina, directed by Emilio García and Pablo Bullejos, and the television movie La boda. 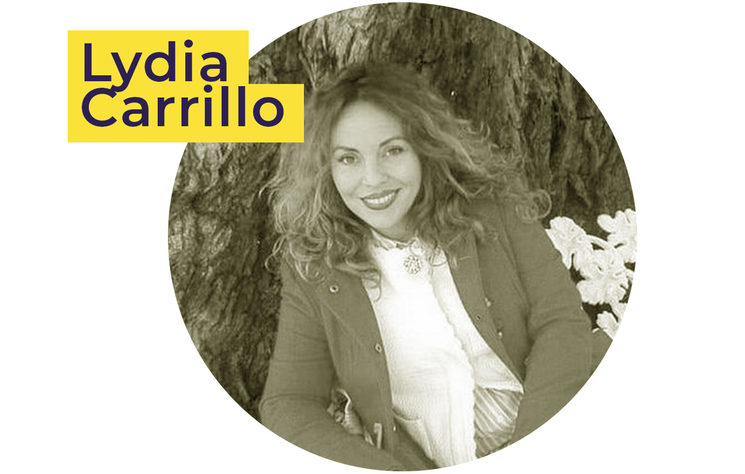 Lydia has trained during 5 years in Theater, although she has been acting for over 15 years. Moreover, she has conducted professional theater workshops in Granada.

She has been part of dramatized visits of La Casa de Bernarda Alba directed by the Bohemia. In the audiovisual setting, she has participated in som short films, such as Evidente, Silencios, and El ascensor.

What are the contributions meant for?

The crowdfunding goal is 2.000€. This amount is divided into various items based on the needs of the project. 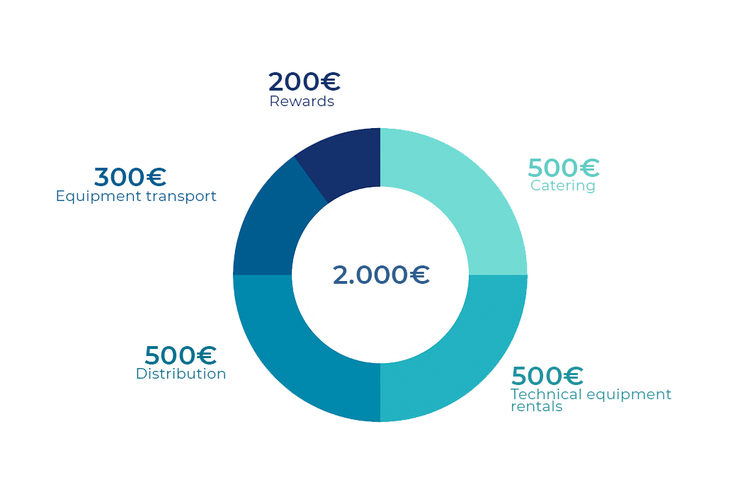 POST-PRODUCTION: From January 25th to February 15th, 2021. (Rewards will be deliveredstarting February 2021).

*Due to the current situation regarding the global pandemic, dates are approximations. 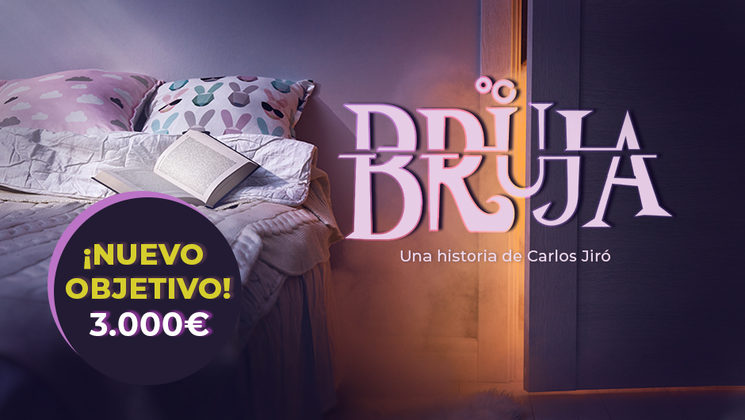 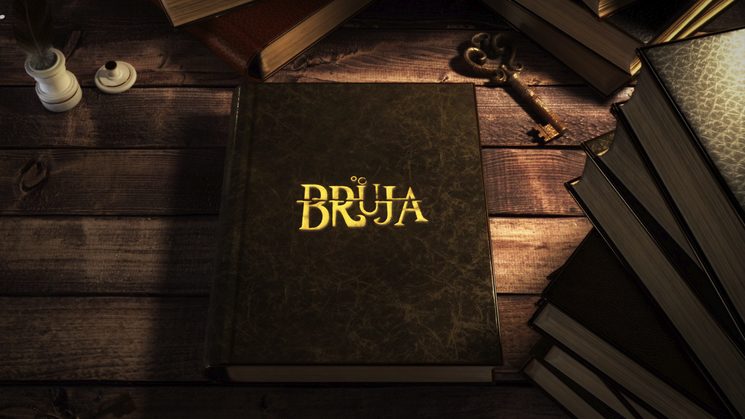 Listed name in the final credits as sponsor
+ Exclusive link to the private showing of the short film.

Canvas bag with the Bruja logo
+ Listed name in the final credits as sponsor
+ Exclusive link to the private showing of the short film.

**Shipping available within the entire Spanish territory, except the Canary and Balearic Islands, Ceuta, and Melilla