The Voice of Thaïs 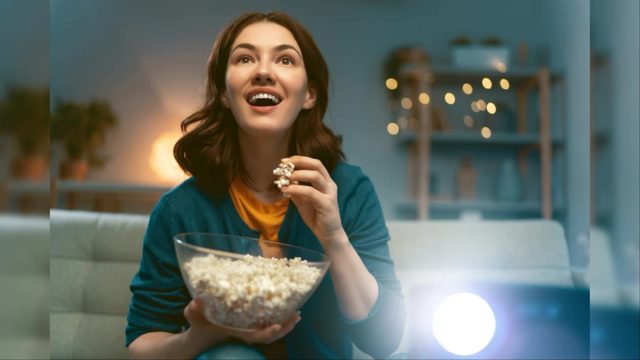 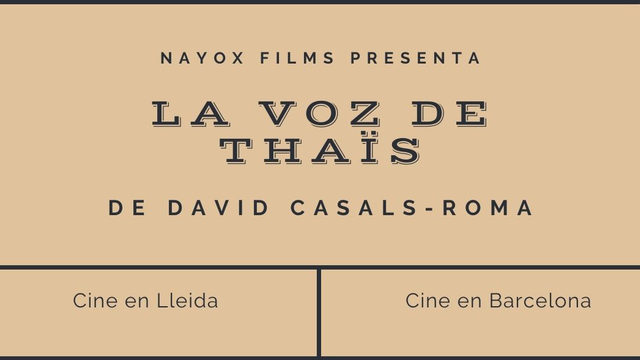 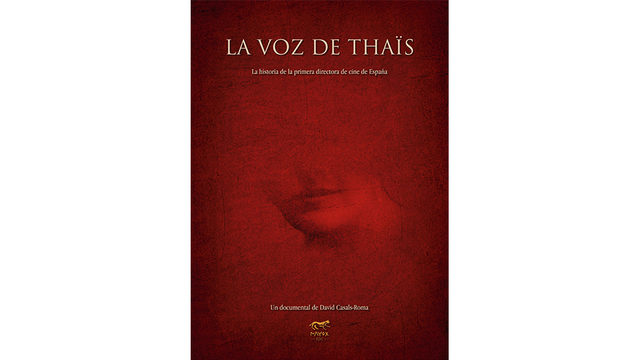 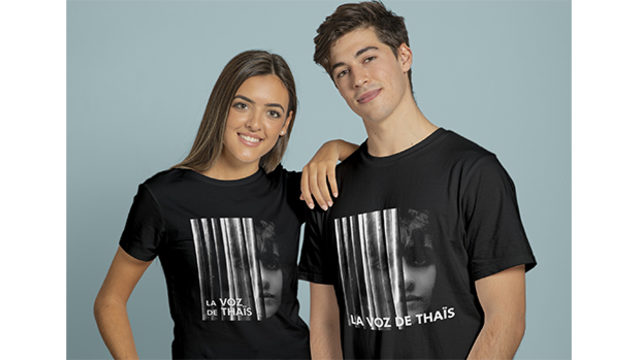 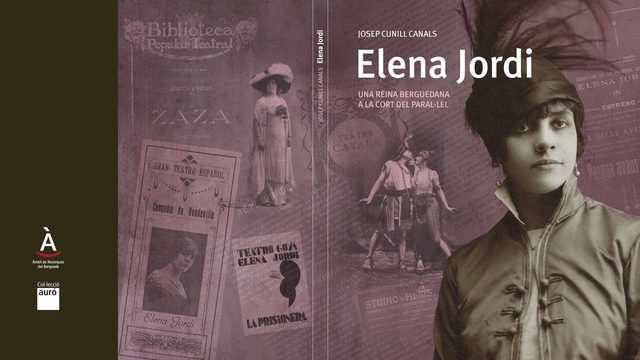 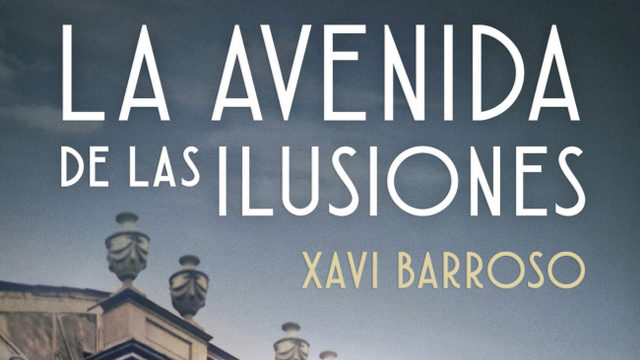 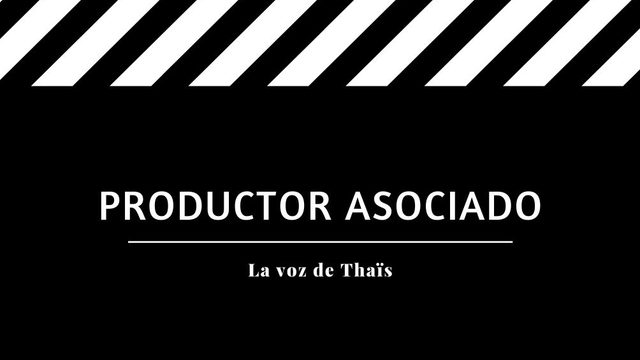 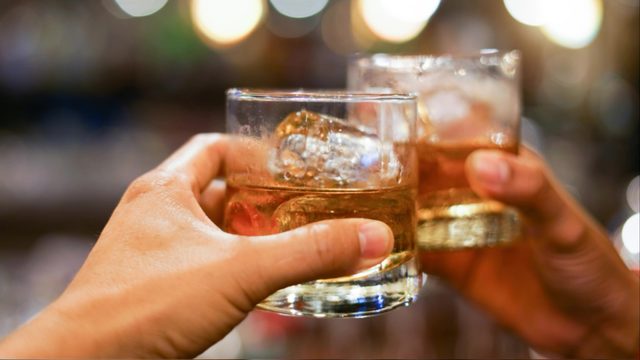 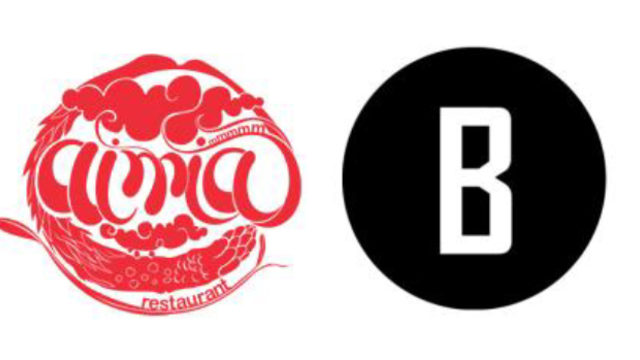 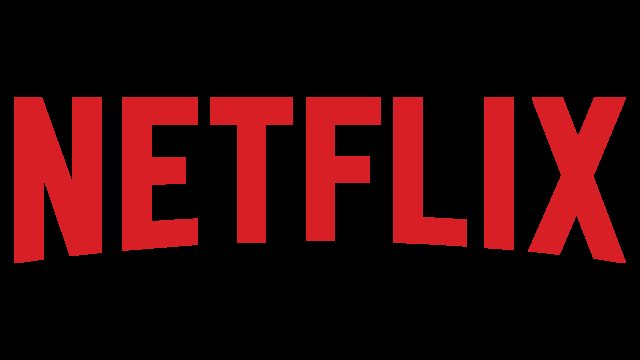 TÍTLE: The Voice of Thaïs

Time, indifference and a severe Francoism wiped her out from history books for considering her too "filthy". Now it's our turn to recover her voice, so other people can hear her story. Do you help us make it true?

The production of the film took place from June 2017 to November 2020. During that time we have shot in Barcelona, Madrid, Lleida, Girona, Berga, Cercs, Saldes, Sant Sadurní d'Anoia, Alcarràs, La Serra d'Almòs, Perpignan (France) and Millas (France). It has been an intense period of time, with lots of research, dedication and interesting discoveries about Elena Jordi but also about the history of cinema.

The documentary has been entirely shot and edited. We are now finishing the colour correction, the sound design and the visual effects, but we need to clear the rights of archival footage and photographs. Hence the purpose of this campaing.

With your help, you will collaborate to:

We know that the funding of a film like ours comes out of a true desire of seeing the film made. However, we want to reward your kindness with interesting rewards.

Besides appearing your name in the final credits of the documentary, you will be able to get some of this great rewards:

● Invitation to the premiere

If you live out of Spain, we will do it online.

● Poster signed and dedicated by the director

These two books are in Catalan and Spanish. If you don't read any of these languages, we could supply two other books of your preference equalling the cost of these two.

If you are from abroad we will do it online an cover your dinner up to 100€.

Nayox Films was created in 2020 with the intention of producing artistically compromised and commercially viable films. With more than 15 years experience in the audiovisual industry, we firmly believe in the comercial and artistic possibilities of independent cinema. The constant evolution of digital technologies offers to filmmakers a great variety of possibilities to produce high quality films that answer to the needs of the modern audience. The Voice of Thaïs is our first big project but behind it there are people with a solid career in the audiovisual industry.

David studied a BA in Film and Media at the Birkbeck University of London. Later on he followed different screenwriting and directing courses in schools of the United Kingdom, Holland, the United States and Italy. He has written and directed fiction short films, documentaries, corporate videos and his work has received more than 100 awards in festivals around the world. In 2019 he founded the Film and Television School of Lleida (www.eccit.es) to train the emerging talent in an area that didn't have any film school. In 2020 he created the production company Nayox Films (www.nayoxfilms.com) with the purpose of making high quality and compromised films by telling local stories aiming at an international audience.

Graduated at the Institut del Teatre de Barcelona in Dramatic Art, Clara started her violin studies at the age of seven. Later on she started musical theatre at the school Aules and she continued studying jazz dance at Company & Company and Som-hi Dance. She completed her studies at the University of Buenos Aires (Argentina) with teachers such as Silvina Sabater. She has worked in different plays such as Ces’t la Vie, Parasites, The Misanthrope or Trip to the Moon. She has also participated in different short films and combines her work as an actress with that of a theatre and dance teacher at the school Trèmolo in Barcelona.

Graduated in Audiovisual Communication at the University of Lleida (Spain), Àlex started working as a color grader assistant in music videos such as 21 Buttons (Blaumut, 2017) and the documentary Commander Aryan (2017) directed by Alba Sotorra. He is co-founder of the production company Kionalia Project, where he has worked as a color grader in short films such as The Intruder (Oriol Rovira, 2019), documentaries such as Thousand Futures (Dellafuente and Redbull, 2020), and corporate videos for different public and private institutions.

Graduated in Audiovisual Communication at the University of Lleida (Spain), Òscar started working as an editor and FX assistant. Later on he started working as an VFX artist in music videos such as 21 Buttons (Blaumut, 2017) and the documentary Commander Aryan (Alba Sotorra, 2017). He is co-founder of the production company Kionalia Project and has worked in different professional projects such as I Dream of You (EnZeL, 2019), I'm Lucky (Diputació de Lleida, 2020), and the series Èm çò qu'èm (LleidaTV, 2020), among others.

Cristina graduated on Classic Music in the speciality of piano at the Music Conservatory of Girona (Spain). Later on she studied a BA in Composition at the Taller de Músics (ESEM) of Barcelona (2015-2019). Later on she followed a Master in Soundtracks Composition at the Escola Superior de Música de Catalunya (2019-2020). She has worked as a composer in different audiovisual projects such as short films, corporate videos and multidisciplinary projects using contemporary music. Besides her creative work, Cristina also works as a music teacher. 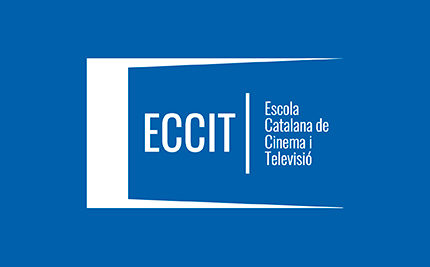 The Film and Television School of Lleida, in Spain, (www.eccit.es) has also been involved in the project. The students of the BA in Cinema Direction have collaborated in the shooting of different scenes that took place at the Magical Media Studios of Lleida.

The city hall of the village of Cercs (Spain) is helping us with some finance to cover part of the postproduction expenses. However, we still need more finance to cover the clearance of rights of archival material. We also need to finish the press kit required for the film festival circuit. In this graphic you will be able to see the amount details and the companies that own the rights of the archival material that we need. To these amounts we have to add the commission paid to Verkami, the price of the rewards and the taxes generated by the crowdfunding campaign.

The documentary is already shot and edited. We just need to obtain the clearance of rights of archival material, so the documentary can start its tour around the film festival circuit. Our intention is to get the final master of the film in June and start sending the film to festivals this upcoming Summer.

If our schedule goes as we have planned it, we expect to start sending the rewards in July.

Regarding the invitations to the premiere of the film, all the people who have been invited to it as part of the reward list, we will have to bear in mind that some festivals requiere not having premiered the film in order to be accepted in the official section of the festival. This will be an aspect to consider and that could delay the premiere a bit longer than expected.

We want to keep you all up to date about anything regarding the documentary. As a sponsor of this film, you are an important part of this project and our compromise to inform you with news has to be at the level of your expectations. You can folow us on:

If you have any question about the project, please, do not hesitate to contact us on: info@nayoxfilms.com.

Thank you very much for your time and for collaborating in a film that wants to recover an important part of our historical and cultural heritage. 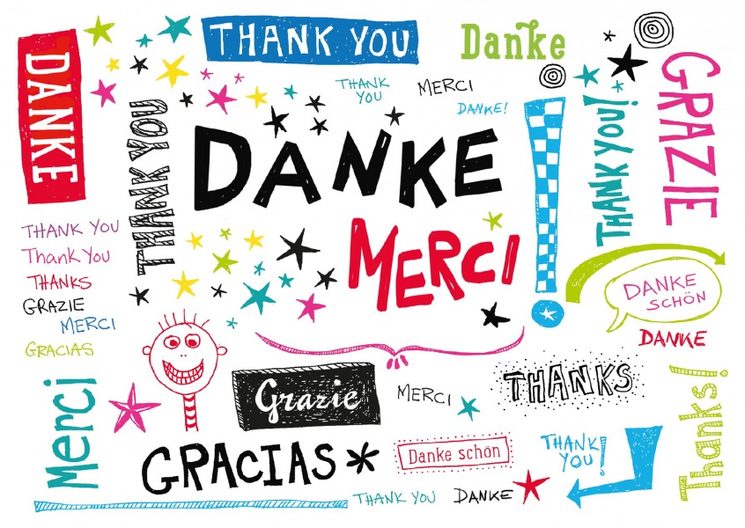