"A Violent Act of Love"

The story of a solitary man lost in his numerous sexual ventures until he finally stumbles upon a violent act of love. 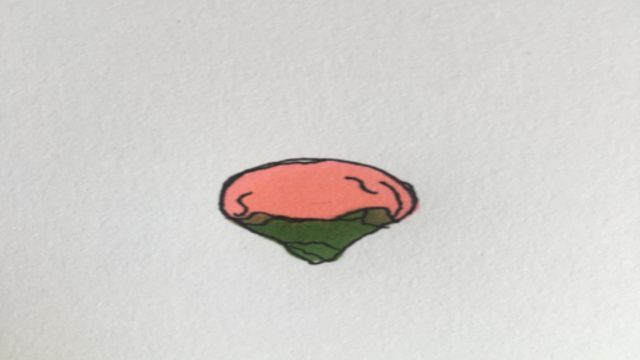 The innermost geological layer of the planet, base reward: 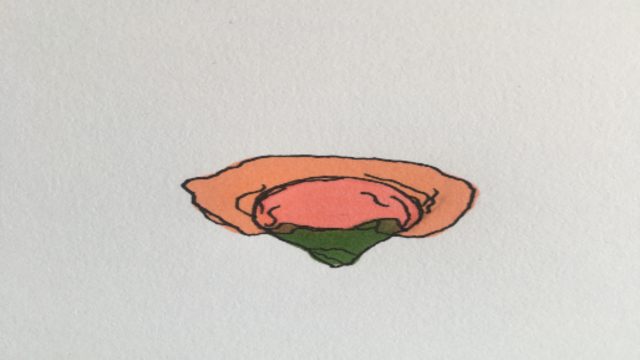 The inner layer of the terrestrial planets, a ductile reward: 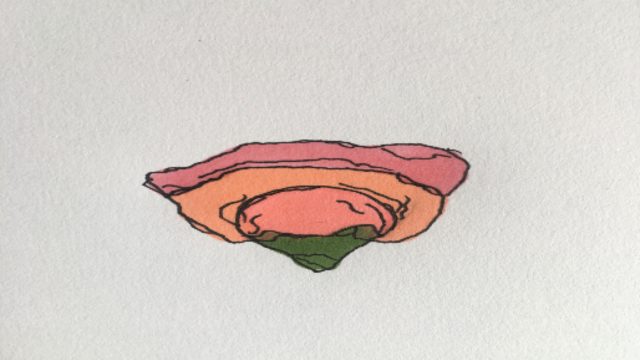 The outermost layer of any planetary structure, a concentric reward: 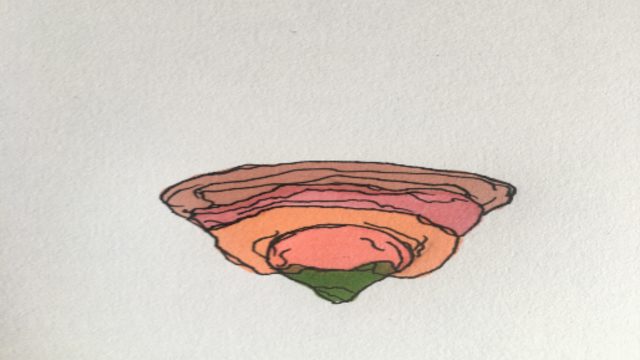 The solid surface layer of the planet, a rigid reward: 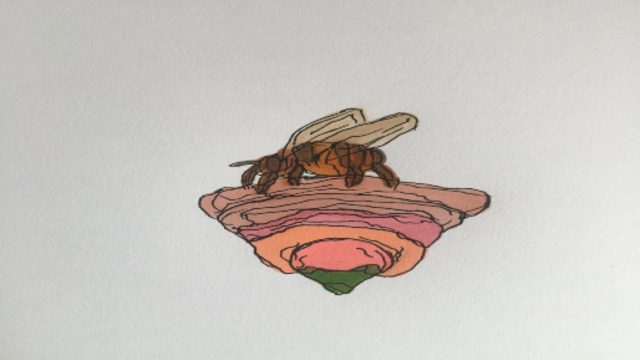 The layer formed by the set of beings that inhabit the planet, a vital reward: 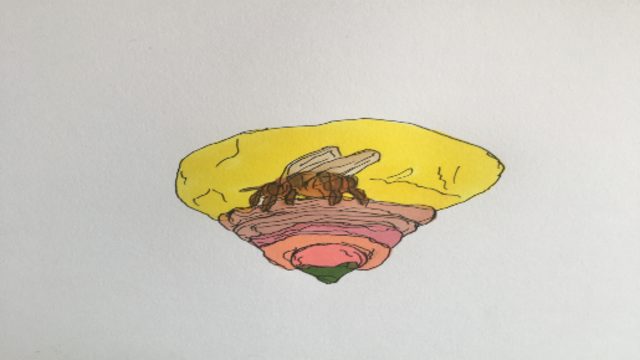 The planet in its entirety and splendor, a divine reward:

A tropism (from Greek τρόπος, tropos, "a turning") is a biological phenomenon, indicating growth or turning movement of a biological organism, usually a plant, in response to an environmental stimulus.

We are inviting you to help us make the fourth shortfilm of Berjer B. Capati, director of Famelicus (2014), Vulneris (2015) and Reunae (2016), who is back on his filmmaking path after his involvement with theatre with his work Tagó (Hidden): Filipinos in Barcelona (2021), winner of the Special Mention for Best Original Play granted in collaboration with Academy of Performing Arts and the XII MUTIS Independent theatre Festival and new creations in Barcelona.

¡An LGBTQI+ project created with love for everyone!

NOTES FROM THE DIRECTOR

After making Reunae in 2016, I thought that I would never go back to the short filmmaking world anymore. I was ready to move on to the next step. What is the next step after all? Make a television series? A half-length film? A documentary? I never found the answer because there wasn't any. But I discovered that the way goes around in concentric circles. I came to Barcelona and did theatre. From writing screenplays, I found myself writing theatre plays and instead of directing actors, I ended up acting myself. After a while, what seemed to be a very long journey, actually brought me back to 2016, right from where I left it off with my last short film. 2020 seemed like 2016. I felt like I haven't moved an inch all this time because I was back to where I came in. Even so, I have come full circle!

Then, I read an article of an interview on the elcultural (7 de agosto 2020) with Oliver Laxe, a director that I admire a lot even though I declare myself a tardy admirer of him. I remember that after reading the article, I suddenly wanted to write and make a short film. And that's how the story of A Violent Act Of Love came to be. I wrote it in under three hours. I had no difficulty in writing it except for the synopsis. It took me days to extract the story and reduce it in just one sentence.

A Violent Act of Love is the story of a solitary man lost in his numerous sexual adventures until he stumbles upon a violent act of love.

WE ARE AN INTERNATIONAL TEAM

Imanol Diéguez | Huanguelén (Argentina), 1991 | Trained in acting by Javier Barceló in Buenos Aires (Argentina), Rosario Pazzolo in Palermo (Italy) and Jesús Calvo in Madrid (Spain). He is currently part of the La Vertebral and Onzena Edició stage groups in Barcelona. 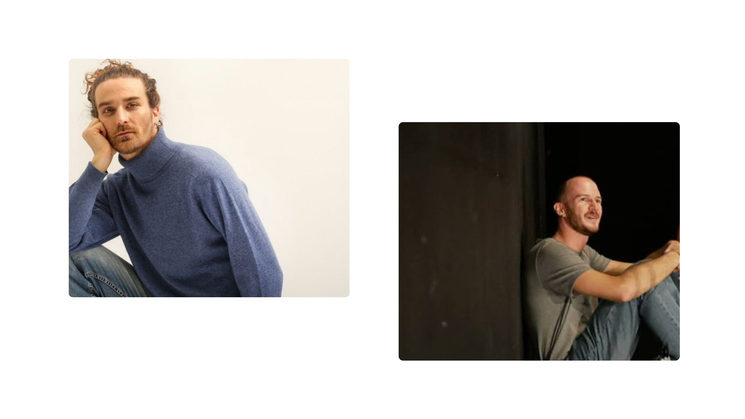 Gregor Eistert | Salzburg (Austria), 1990 | He studied Multimedia Arts and Contemporary Dance in Salzburg and received a Master's degree in Theater Studies from the Institut del Teatre de Barcelona. He has worked in the companies English Drama Group and Poka Yoke Theatre and was part of the eighth edition of Els Malnascuts performing in the play Here, a co-production with Sala Beckett (Barcelona) and the Volksbühne (Berlin).

DIRECTION | Berjer B. Capati | Manila (Philippines), 1982 | Audiovisual director, editor, scriptwriter, illustrator and playwright based in Barcelona for four years. He has a degree in Humanities with postgraduate studies in Communication Arts.

ACTING COACH | Gemma Charines | Barcelona (Spain), 1967 | Actress and a pedagogue. In 2017, she debuted as a film actress in the feature film Llueven vacas, in which she was a candidate for the Goya Award for Best New Actress. In December 2019, she received the ‘Best Actress Award’ with Poka Yoke, by Silvana Pérez, during the 24th Barcelona Theater Festival. Her most recent work is in Comando Señoras, a show of collective creation directed by Alícia Reyero.

OPERATOR | Kim Hernández | Barcelona (Spain), 2000 | Technician in audiovisual production of Filipino origin. She was the second assistant director for O no sera, a short film by Sally Fenaux. Today, she is part of the expert committee and is co-writer for the Betevé program Oh my goig and editor at the production company Camille Zonca.

SOUND | Olán Soulé | Sant Pere de Ribes (Spain), 1993 | Has a degree in Sound Engineering from the SAE Institute and a master's in Videogame Creation from Pompeu Fabra University. He has worked as a sound technician at Sala Razzmatazz and at the Media Arts and VSI-Sonygraf dubbing studios. He is currently a music producer at Sol de Sants Studios and in Iberian Media, and works independently as a boom operator and audio post-production technician in short films and feature films.

MUSIC | Julio Aller | León (Spain), 1957 | Pianist and composer. He premiered his symphonic work with the Bratislava Symphony Orchestra, and so far, he has composed two pieces for the Iberian Orchestra that will premiere in September 2021 at the León Spanish Music Festival.

ART DIRECTION | Murilo Henrique Pedrosa | Gurupí (Brazil), 1996 | Actor and cultural promoter. He writes, directs and produces. He abandoned his law studies to dedicate himself to filmmaking and the performing arts. He is trained in Advertising and Public Relations and is currently studying a master's degree in directing in Barcelona.

We have prepared a poetic section inspired by our planet for you in which you will see the compensations that you will receive in return for the support that you give to us. Your contribution counts layer by layer!

How will we distribute your contributions?

The A Violent Act of Love team is counting on your contributions to finance the production of this visual and metaphorical short film that we have cared so much for. The message we want to convey is important to us and each euro brings us closer to materializing these ideas (which are not so preconceived) that we have of love.

We will invest the money raised to rent the audiovisual materials needed and to process every necessary logistical tasks to carry on with the project.

We are in full pre-production phase. July has been the month for technical preparations, we have met on numerous occasions to locate sets and the breakdown of tasks so that all departments are ready to start shooting.

During the first week of August, we will study, review and rehearse with the cast and polish all the remaining artistic details.

The filming will be divided into three days: we will start on August 7th and 8th and after the holidays in September, we will finish what we’ve started. We really want to begin our shooting and we hope to make it to our financial goal before these mentioned dates!

From then on, we will dedicate our time to post-production: editing, sound editing, color correction and music. The private viewing of the project for the cast and crew and our sponsors is scheduled for mid-autumn.

#01 / Muchas gracias/Thank you very much

NOTES FROM THE DIRECTOR

First of all, I am sorry for the delay in contacting with you, our patrons. It has been a very tough, intense and quite busy few… read more

The innermost geological layer of the planet, base reward:

The inner layer of the terrestrial planets, a ductile reward:

The outermost layer of any planetary structure, a concentric reward:

The solid surface layer of the planet, a rigid reward:

The layer formed by the set of beings that inhabit the planet, a vital reward:

The planet in its entirety and splendor, a divine reward:

#01 / Muchas gracias/Thank you very much