-Official acknowledgment of your support on Social Networks.

Almalé is the personal project created and directed by the violagambista Pilar Almalé, who, after many years of musical and artistic experimentation, began this project in 2020 togehter with three musicians, as brilliant as they are different in origin and style. 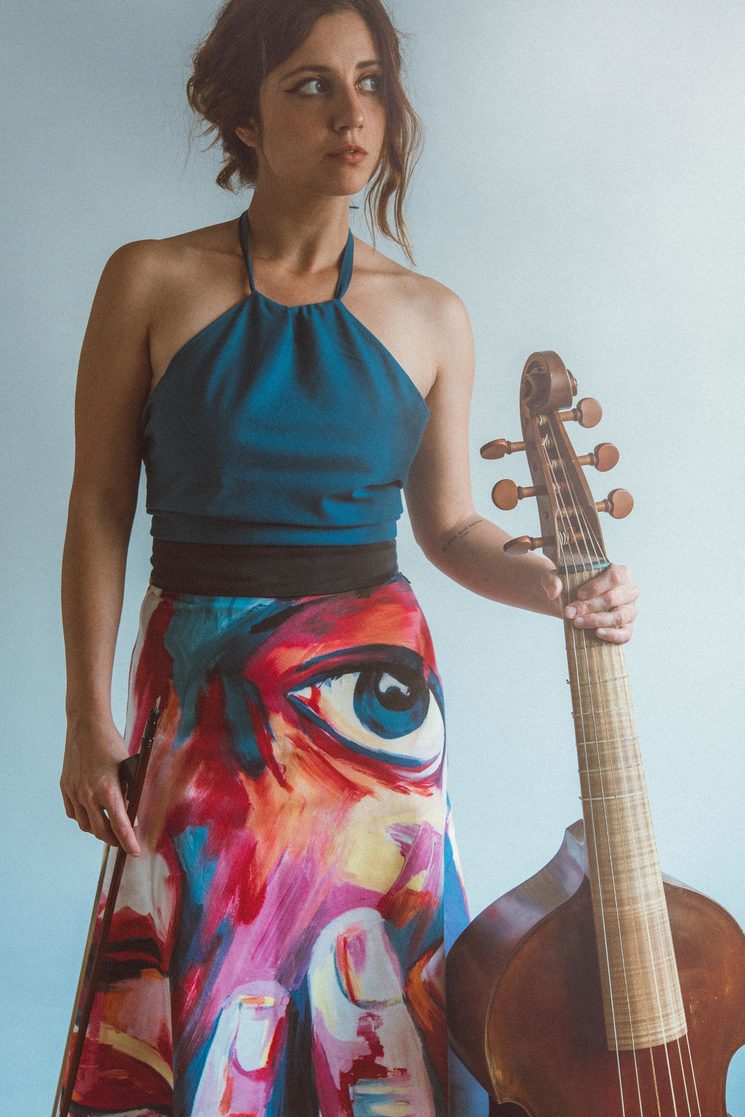 Almalé uses as its starting point the viola da gamba. In her repertoire Pilar reviews works of ancient music (mainly Baroque and Sephardic music), infusing them with minimalism, jazz and Latin influences.

The result of this mix? A unique blend full of colours, beauty and contrast.

The CD will be launch with Independent Segell Microscopi Label from Barcelona. 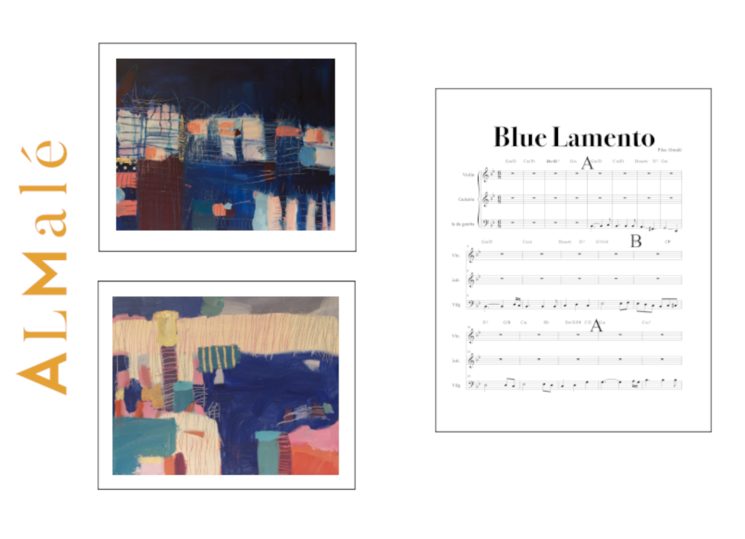 Rewards include starting from the physical album up to have a wine with us and assist to a private Almalé concert.

Also limited edition postcards from original paintings made by Pilar Almalé, original watercolors or some music scores of our compositions and arrangements.

Take a look and colaborate with us! 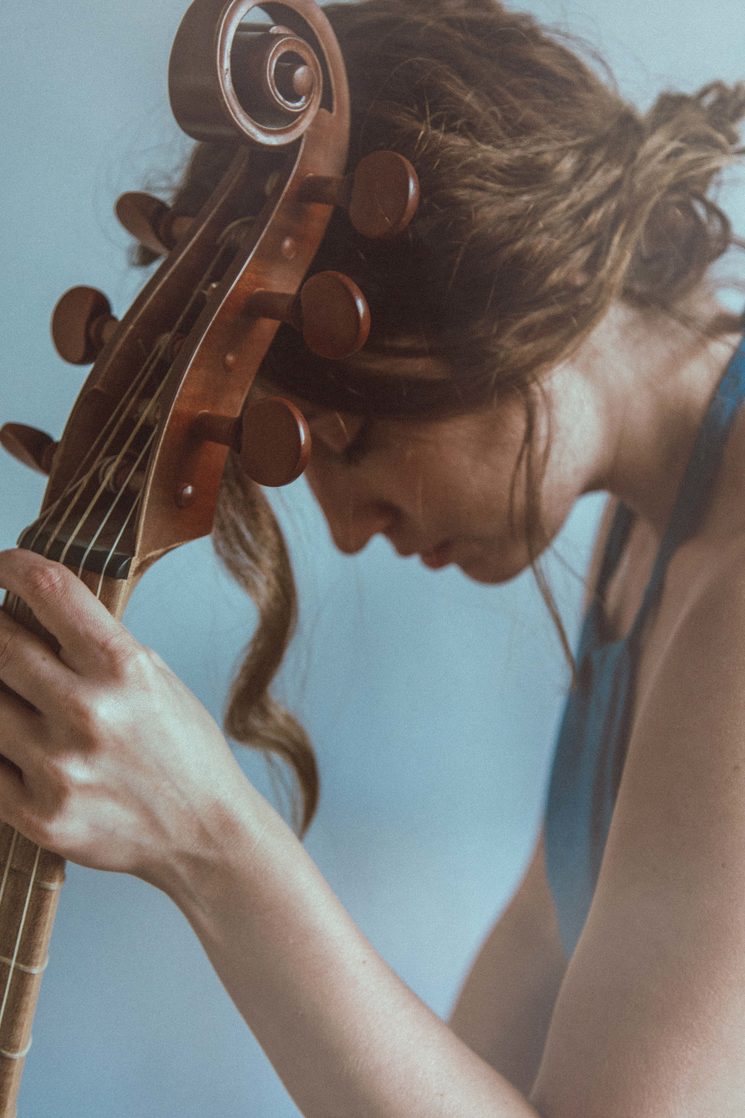 Is a multi-faceted Spanish artist. A professional viol player, Pilar loves music in all its expressions and styles. Through her main instrument, she has specialised in early music, although she has always been open to other traditions, such world music, jazz and even pop. She enjoys the challenge of playing other instruments: violone (bass Baroque instrument), the sraj (indian traditional instrument), or the medieval viol.

Her training encompasses the “classical” conservatory education (Professional Conservatories of Zaragoza and Sevilla; Superior Conservatory of Vigo), a degree in Fine Arts by Seville University, as well as the study of theatre, improvisation and sraj at the State Music School of Varanasi (India).

Pilar has appeared at many important events, both national and international, and has been part of some of the most prominent Early Music festivals in Spain. In 2017, she worked for the national tour of the bagpipes player Carlos Nuñez, sharing the stage with musicians, such as Jordi Savall, or Dulce Pontes.

Capitalising on her theatre experience, she has participated in other ground‐breaking shows like “Espontangas”--a spontaneous theatre group, conducted by the Argentinian actress Patricia Davis.

She has travelled to many places around the world, always open to new colours and experiences, immersing herself in different cultures and music traditions, in order to enrich herself and grow artistically. In 2013, she received a Fellowship from the International Cooperation Department of Seville University, and was able to remain for more than a month in a Goa orphanage, India, teaching music and playing at concerts for the Goa University.

In 2014, she received the same Fellowship, and this time she travelled to San José de Chiquitos, Bolivia. There, she taught violoncello and conducted the children’s orchestra at the State Music School. Moreover, she took the opportunity to travel around and visit many countries of South America, learning painting techniques with the Bolivian artist Pablo Ruiz.

In 2015 she travelled back to India, where, for an entire month, she took daily classes of singing and sraj playing at the Varanasi State Music School. In the same year, she also began working with Abdelaziz Samsaoui, director of “Samsaoui Producciones”, who is a Moroccan musician specialised in Arabic early music. Pilar started playing the medieval viol while taking part in Samsaoui’s projects.

In 2016, she recorded her first album, called “Caja de Música”, with her music project “Caranzalem”. Two years later, that album won a runner-up prize from CREAR18 PRICES, in collaboration with the Aragonés de la Juventud institute.

In recent years, Pilar has completed a Bachelor programme at the Vigo Superior Conservatory of Music, where she studied with Sara Ruiz, specialising in advanced viol techniques and Early Music disciplines.

Currently, she is running three personal projects: Almalé, a project in which early music is merged with jazz and folk styles, with the violinist Thomas Kretzschmar and the guitarist Ernesto Cossío; Caranzalem, with the recorder player Elena Escartín, which showcases world music sung and played on early instruments. Finally, “Ceci n’est pas Baroque”, a viola da gamba experimental project with Patricia Rodríguez.

In 2020 she started recording music at her home studio, working with the American composer and harpsichordist William Gamble.

In 2021 she was named soloist viola da gamba player in the Mediterranean Chamber Orchestra, conducted by Carlos Santos.

She regularly performs at concerts, writes her own music, records music at her home studio, and keeps experimenting with her talents, always looking for new sounds and forms of expression. 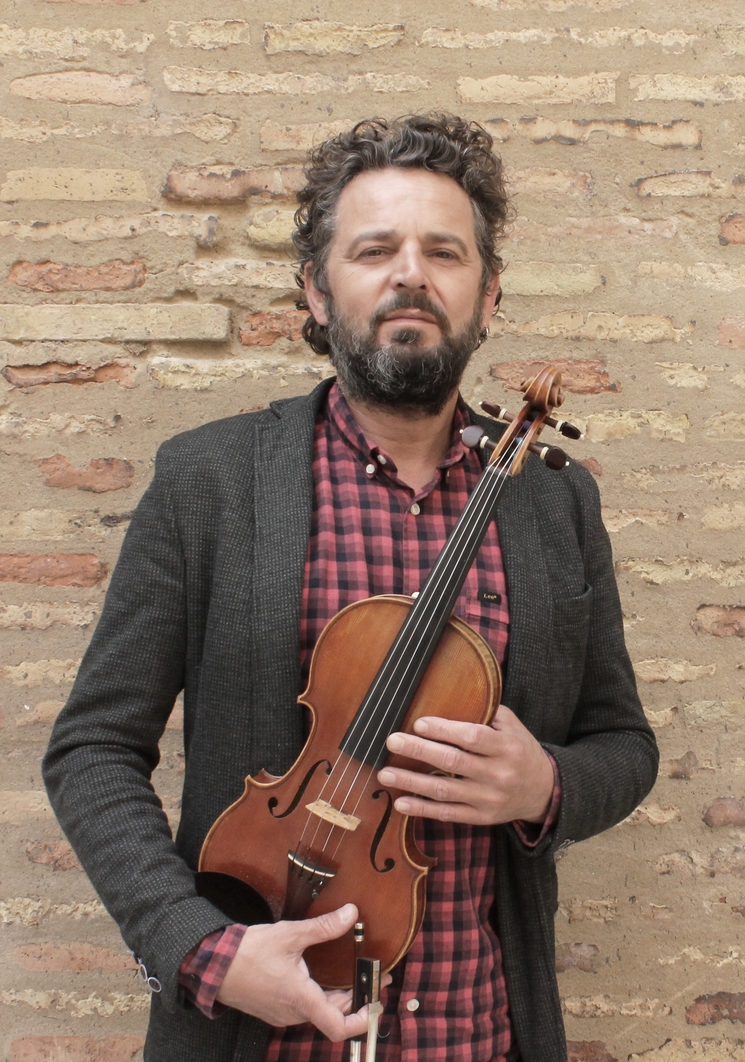 He is a jazz violinist specialized on improvisation and Grappelli's languaje. He studied classical violin and then jazz vocabulary and improvisation.

He has been offering concerts for more than 15 years all over the world.

He recorded two albums of his own projects, one of them with his main project: Thomas Krerzschmar Quartet. 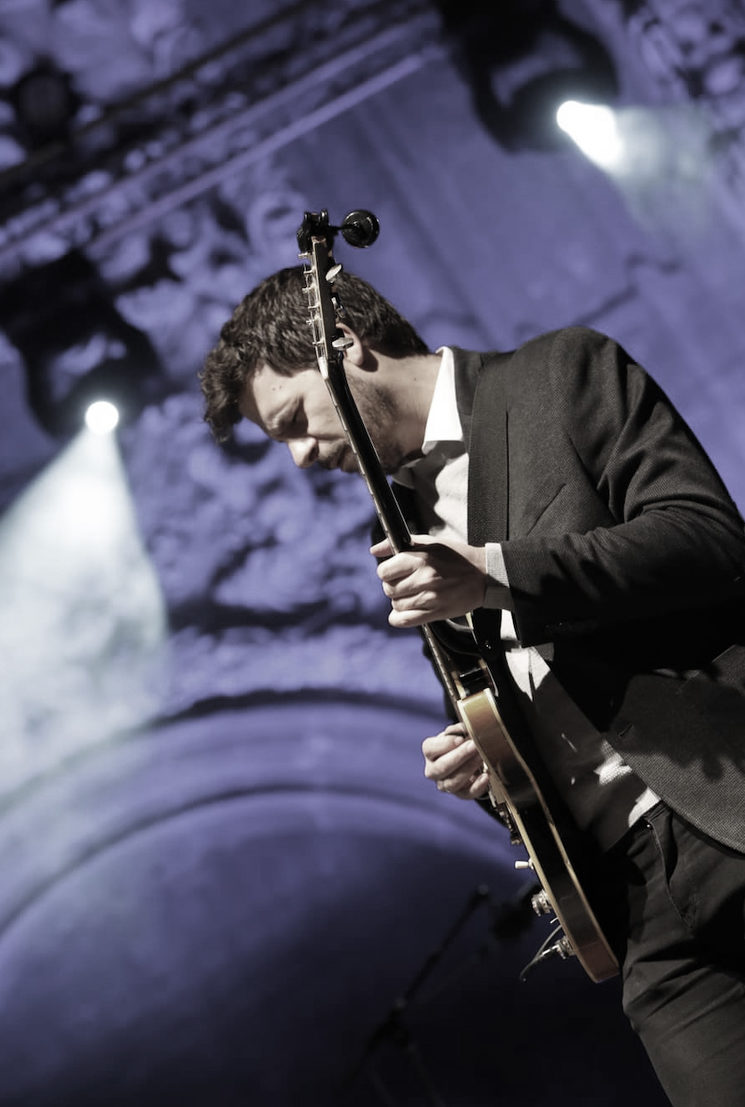 Álex Comín is a guitarist and pedagogue, very known in the jazz aragonese scene. He studied guitar in Navarra's Superior Conservatory. The environment where he developed his music are concerts and weekly jam sessions that he organized for more than ten years in a colective called Jazz Zaragoza.

He directs his own Contemporary Jazz project: The Cominmens, with who he recorded two albums: “Escenas” (2016) and “Unnamed Road” (2019),both published with Youkali Music label. 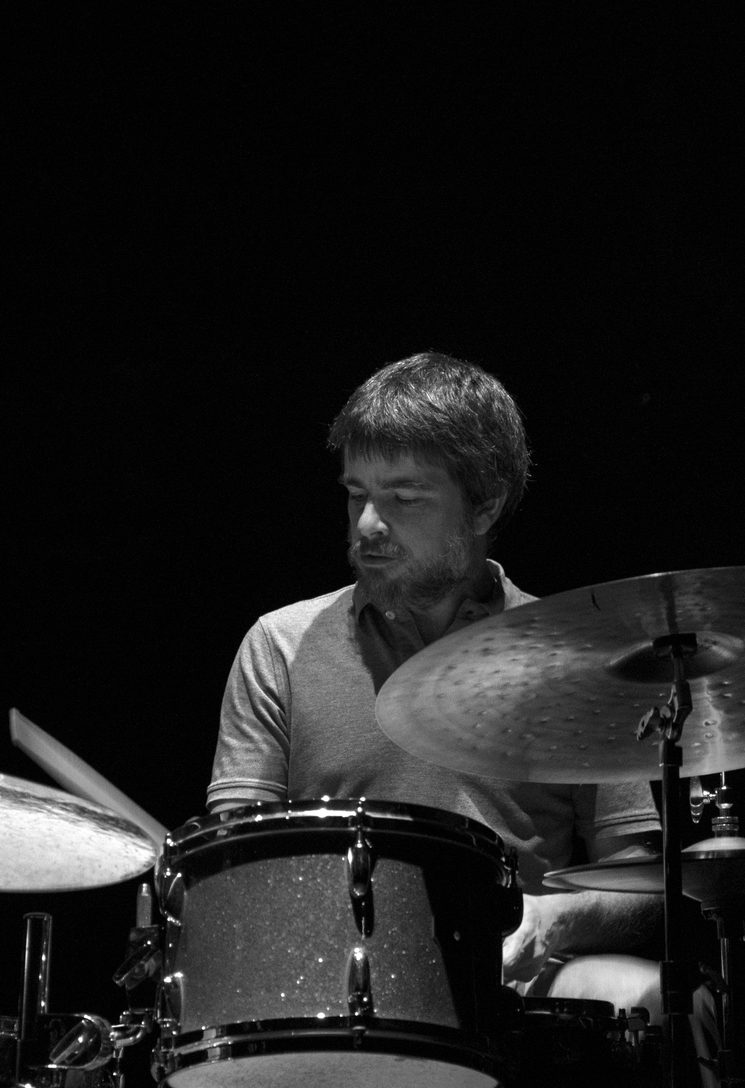 Is a percussionist and drummer.

He started his musical studies in the Conservatory of Zaragoza. Parallel to this, he actively participates in the Zaragoza music scene with pop and rock groups such as “El Polaco”, a group that won the 1998 SONDA award, “Súper Yo”, “N.D.N”, “Adiós Jumbo” and “Tercera Ola”.

He is part of the quintet “El Eje” with whom participates in two editions in Jazz Festival of San Sebastián.

To what will we allocate your contributions (approximate figures)

December 2021: Manufacture and release of the disc

Thank you so much! 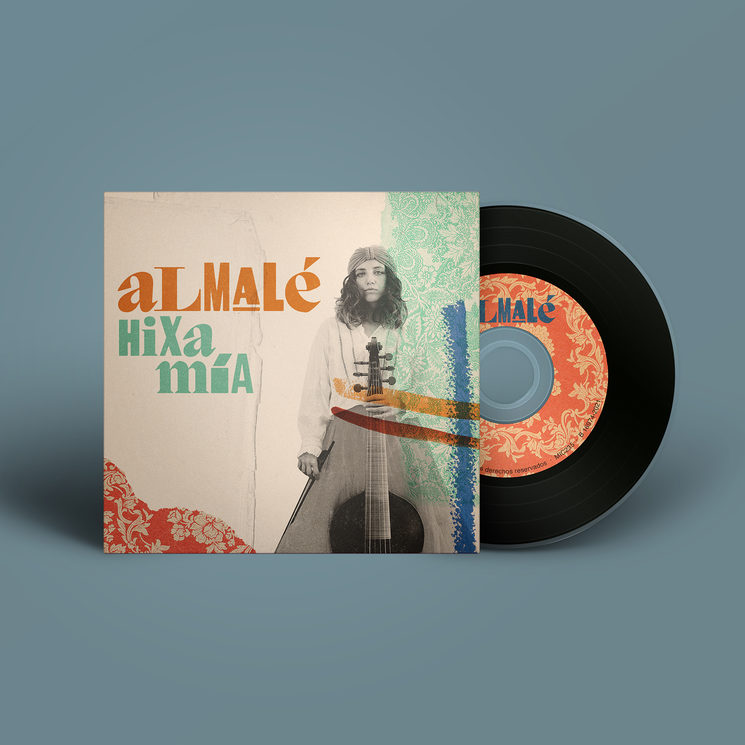 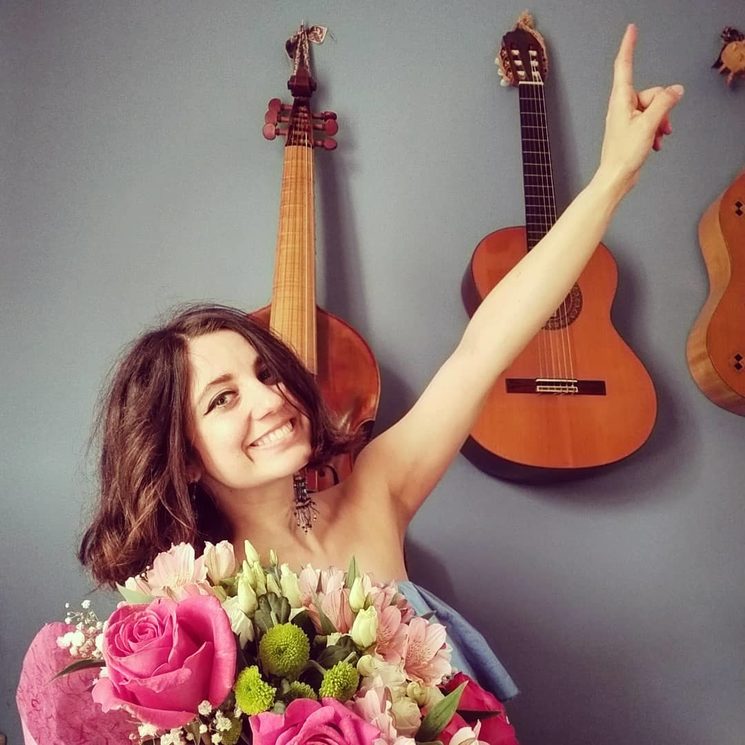 -Official acknowledgment of your support on Social Networks.