As the UK’s transport crisis grows, lorry driver and writer, Lisa, dreams of escaping from reality. 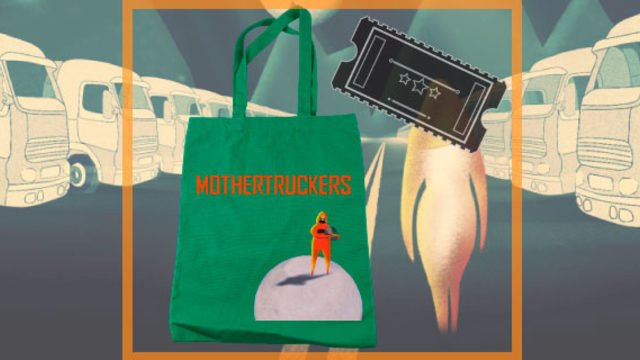 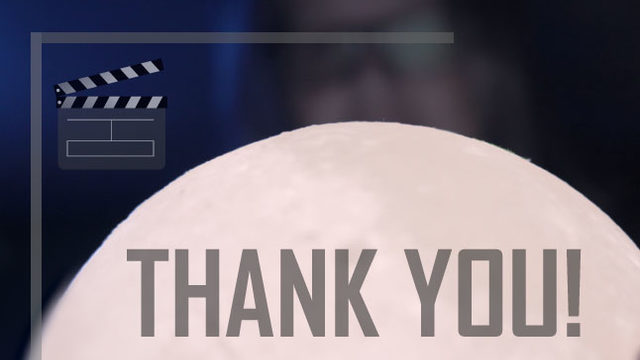 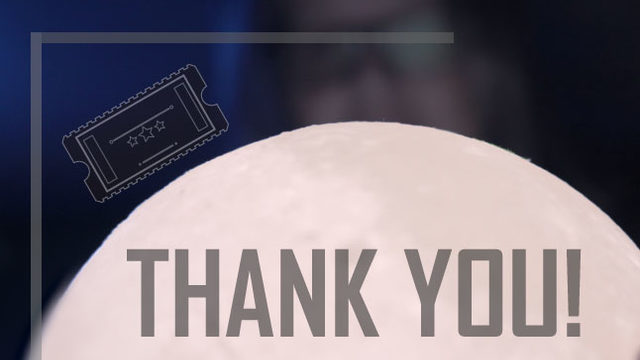 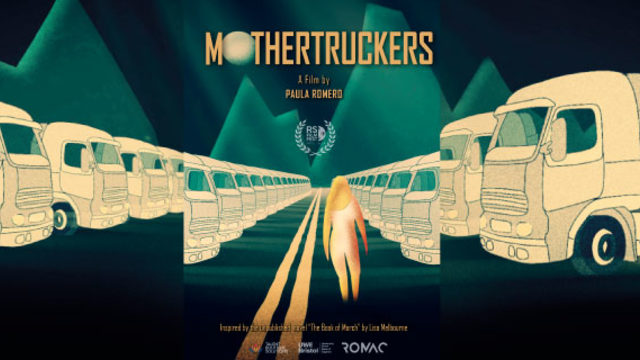 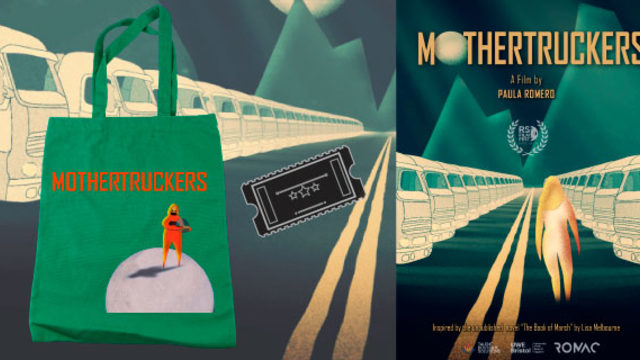 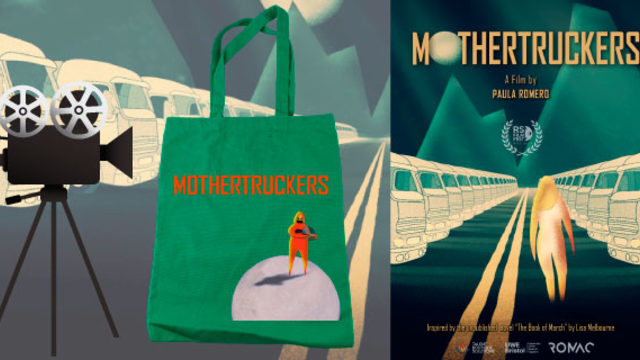 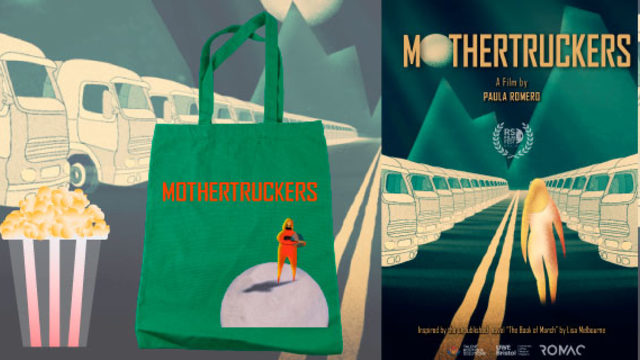 (travel and other expenses on the top) 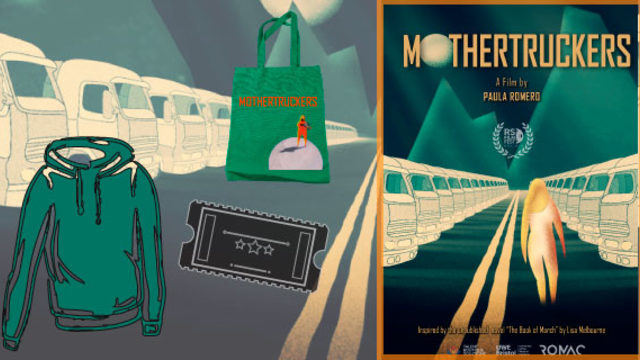 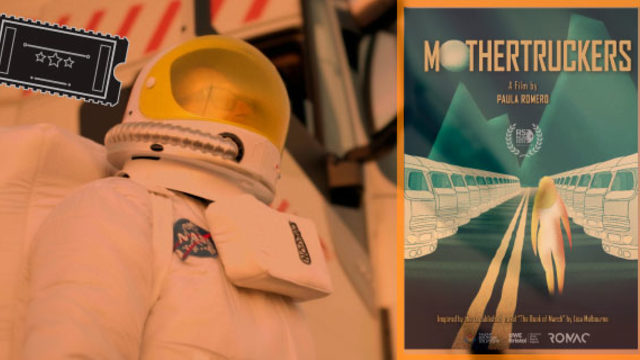 "Mothertruckers" is an insight into the untold story of female truck drivers. Taking place after Brexit and during the UK transport and fuel crisis, it addresses the conflict of being a female lorry driver in a male-dominated profession and explores the romantic idea of finding freedom on the road compared with the hard work and unconventional lifestyle of being a lorry driver.

This crowdfunding is a way to improve Mothertrucker's promotion and distribution. We wish to begin a journey through national and international festivals so that Mothertruckers will be shown in the different cinemas, theatres or festival showcases, helping to change the traditional gaze on this profession.

There are over 300,000 truck drivers in the UK but only about 2,500 of them are women - according to reports between 2020 and 2021-. Mothertruckers, which takes its name from a group of female lorry drivers 'Mothertruckers - Lady Truckers Club', founded in 2012 by Wendy Priestley, tells the story of Lisa, one of those anonymous and essential voices who live on the road.

As the UK’s transport crisis grows, lorry driver and writer, Lisa, dreams of escaping reality. Travelling on roads, her truck helps give her access to an out-of-this-world imagination.

In MotherTruckers, Lisa transports the audience into her creative world, using the truck cabin as a vehicle to combine documentary realism with fiction. Through animation and voice-over, Lisa narrates her momentum to escape from a productive system on the brink of economic collapse, evoking post-apocalyptic worlds that she imagines and writes about.

During the pandemic, a few press media published the difficulties that lorry drivers were found to cross the border between England and Europe. Many of them spent weeks sleeping in their cabs until they were finally able to travel. So, I began to imagine what the life of a woman would be like whose reality takes place on the road, in those Non-places, especially in a moment of immobility and collective stop.

During the development of this documentary, I spoke with many female truck drivers who agreed on one thing: the sense of freedom to have a life on the road. But, is it freedom or an attempt to break away from agreements on gender?

As a migrant woman who also moves, halfway between England and Spain (Bristol-Seville), I wanted to explore this idea. But also bring fiction to increasingly liquid modernity through the magic of visual narrative.

In addition, this work also explores the boundaries of the human in a productive world, playing with different elements that intervene in reality, while proposing a change on a stereotyped and traditional view of the profession.

We are a passionate team passionate about a documentary film that we believe in the collaborative processes, adding skills and sharing knowledge. We love to tell stories, focus on untold stories, show new references on the screen and rethink our diverse realities.

Telling a story about the truck world didn't sound very stimulating, however, and thanks to this wonderful team, we have lovingly created a film that is just starting to walk, and that we hope, - thanks also to your support-, will be the beginning of a long journey.

Paula Romero. Journalist and filmmaker based in Bristol (England). Has more than five years of experience in the creation of visual content and documentaries for personal projects and clients in the UK, Spain and Latin America. She is the director of the El Ángel de Itinsana (Colombia, 2012), Nunca fuimos Superwoman (España, 2016), Confinement Stories (Inglaterra, 2020) and Mothertruckers (2022).

Lisa Melbourne. Truck driver with almost 20 years experience, sole author of "The Truckers Handbook", "Drive!" and currently the writer of an epic speculative fiction novel series and a semi-autobiographical work of (mostly) non-fiction.

Jacobo GRC. He started as a Camera Operator and drone pilot but eventually made his way into production, where he currently works as Producer and Director for Off the Fence. His credits include BBC 1, BBC 2, Fox, National Geographic as well as a variety of international clients and NGOs. Currently, in the distribution process of his first documentary feature film Julia (2022).

Carlos F. Blanco. Has more than 7 years of experience with extensive credits (online, offline and grading) in documentaries, short films, music videos and corporates and commercial work. Recent notable work includes the documentary feature Julia (Jacobo García, 2022) and Mothertruckers (Paula Romero, 2022), and short films for WaterBear Network, a ten-part series natural history about Africa. As an editor, he loves the puzzle of taking all the footage piecing together a good story.

Chencho Jimenez. Director of a few fiction shorts such as The Last Day (Special Jury Prize at the Festival de Jerez 2002), La Espera (Finalist at NotodoFilmfest) and other animated shorts (Outside the game, Cuatreros,...). Due to his passion for music, has also made music videos for different groups experimenting with different techniques. He added to the Mothertrucker project as an animation maker as well as in the BOS with the Benson Señora, a band that he also is a member of.

Juan Cerrudo. DOP, camera operator and colour grading. He started in photography in 2010, working in advertising and as a photo assistant for numerous magazines such as Esquire and Hola Magazine! In 2014 he began to snoop around with video and that's when he collaborated with Hypnos Films making all kinds of short films and video art that are screened at national and international festivals. In recent years, he has specialized more in the post-production branch as a colourist.

Gerardo Pastor. Working in the sound industry from 2013. He worked for Lucentum Digital, while he also was also studying sound post-production for cinema and TV. Has experience as a sound recordist for short films, training and corporate videos, as well as working as an audio editor on training videos, video games and audiobooks. In 2015, he moved to the UK and started in independent productions, specialising in location sound and sound post-production for short films, documentaries and online content. He supports productions from the pre-production step towards the delivery of the project.

We believe that the journey of the film is almost as important as all the time and care put into making it. That's why we'd like to get support for that final part, get momentum and spread Mothertruckers to national and international festivals. With the budget obtained, we will pay the fees submission for festivals, as well as the expenses related to the distributor that is in charge of the promotion and management of the film.

We will be able to cover expenses related to:

Anything that we get on top of this will be fully spent in creating new stories about female lorry drivers and giving a platform to all women in the haulage industry.

Subscribe to our newsletter by sending us an email mothertruckers2022@gmail.com

(travel and other expenses on the top) 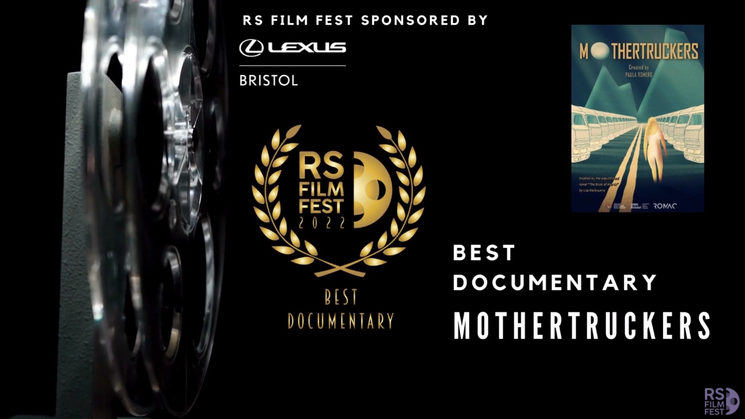