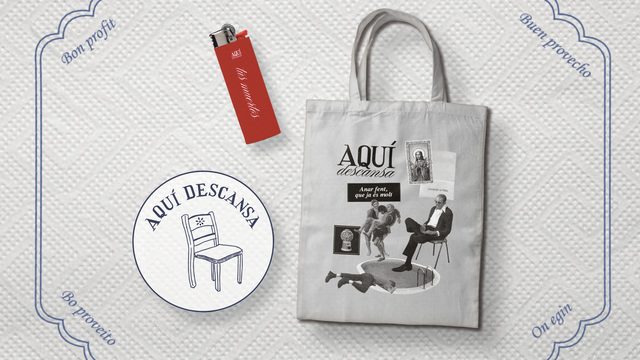 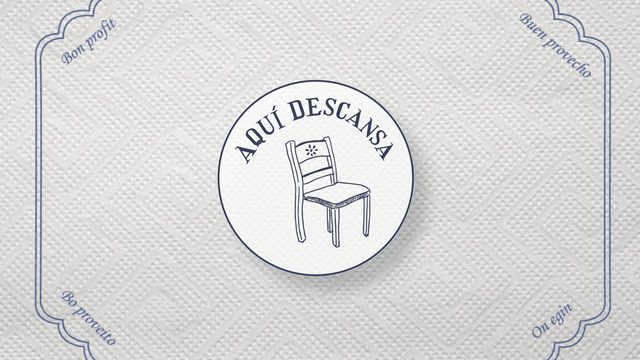 Pull an all nighter 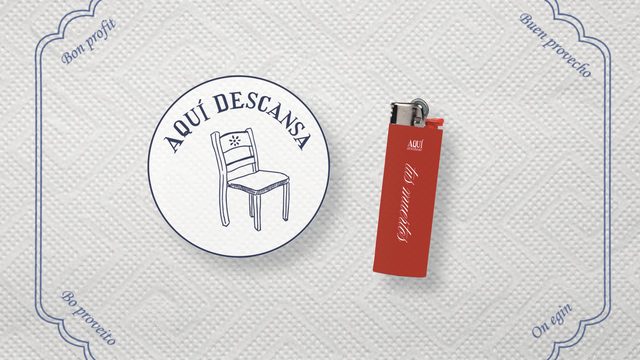 A coffee and carry on 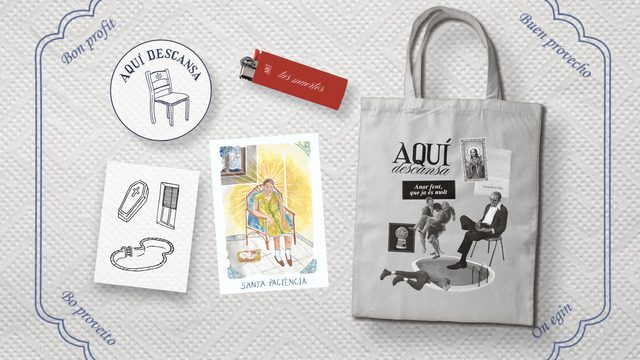 Close your eyes for ten minutes on the train 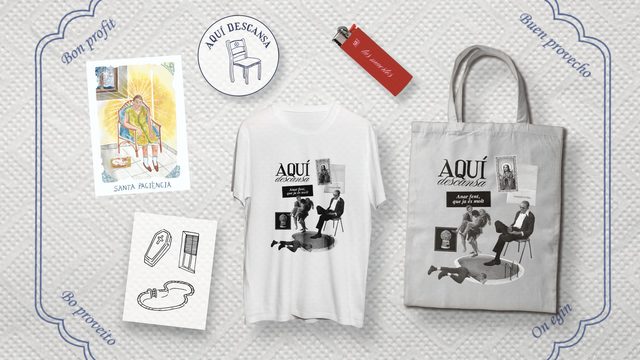 A powernap with the news on in the background 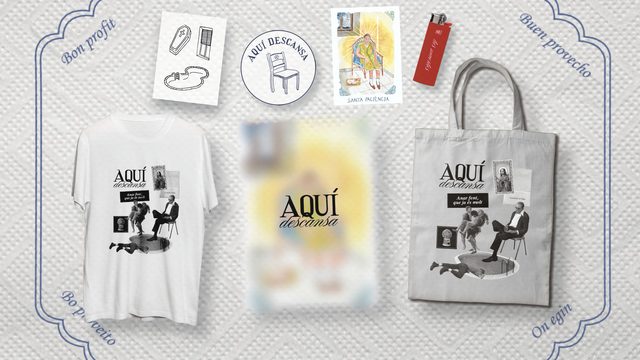 A nap without an alarm clock 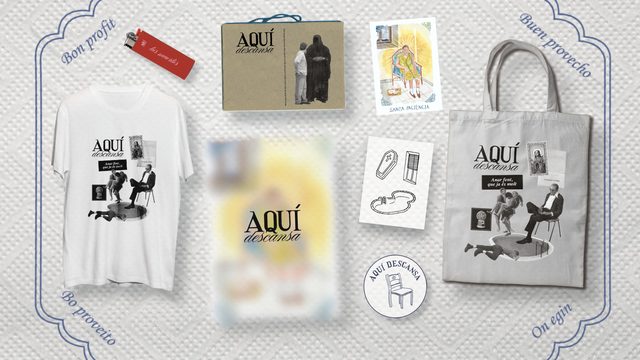 Having an eight-hour sleep routine 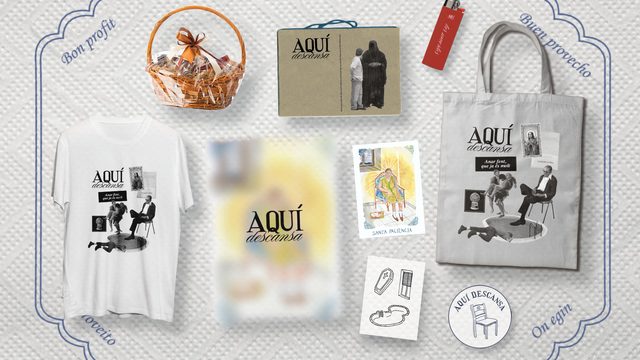 Sleeping it off and waking up in the afternoon 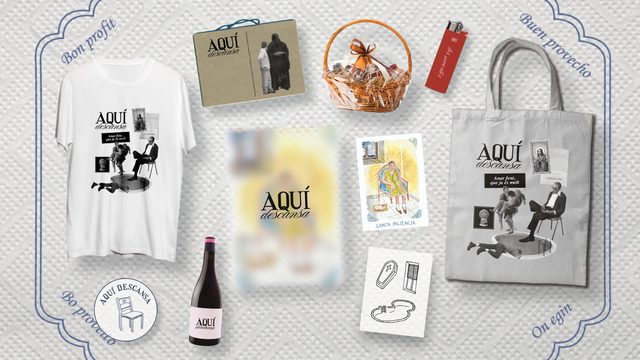 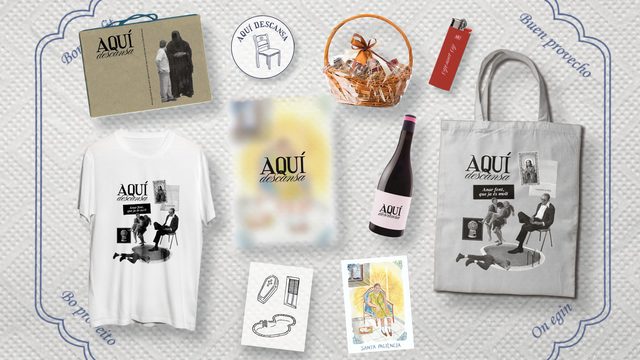 As the Fiesta Mayor comes to an end, the young and the elderly fill the dance floor. After partying all night long, the group of young people arrive at the village bar in the morning, where they exchange their last drinks for coffee. While they are having breakfast, a delivery man arrives at Custodio's house and delivers a coffin, an order that the man was no longer expecting. His wife has been dead and buried for three months now.

The day lengthens and the town goes on as usual, but the young ones will not go home to sleep.

Aquí Descansa is a short film that was born as a final degree project at the Universitat Pompeu Fabra, more than a year ago.

As just entering the working world, the five of us feel part of the generational fatigue regarding the time and economic system that we have had to live. It is hard for our generation to remember a world that is not in crisis, and the expectations for the future are not improving. How absurd is it that we are twenty-two years old and we can't do any more? With this project we come to vindicate fatigue and non-productivity with a never-ending hangover, because if our day-to-day life is already absurd, why shouldn't the logic of our short film be?

Life, and specifically the pandemic, made us decide to take it easy and extend the race for a fifth year, in which we are devoting all our time and money to make this project possible. For now, we have enough time, but not enough money, so we are asking for your help. 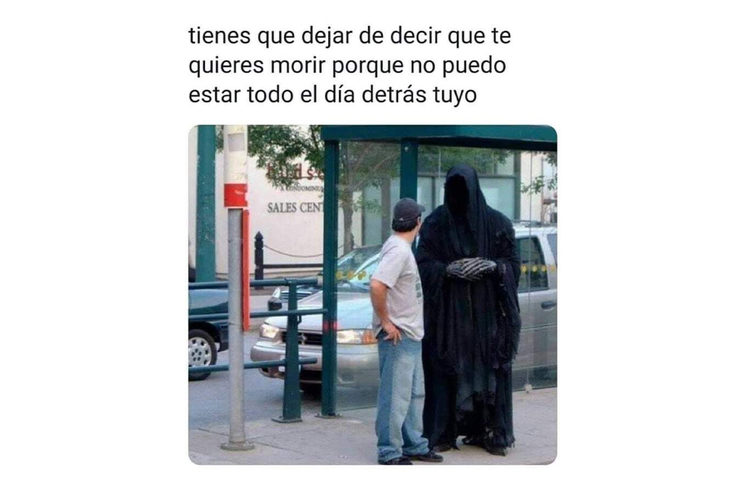 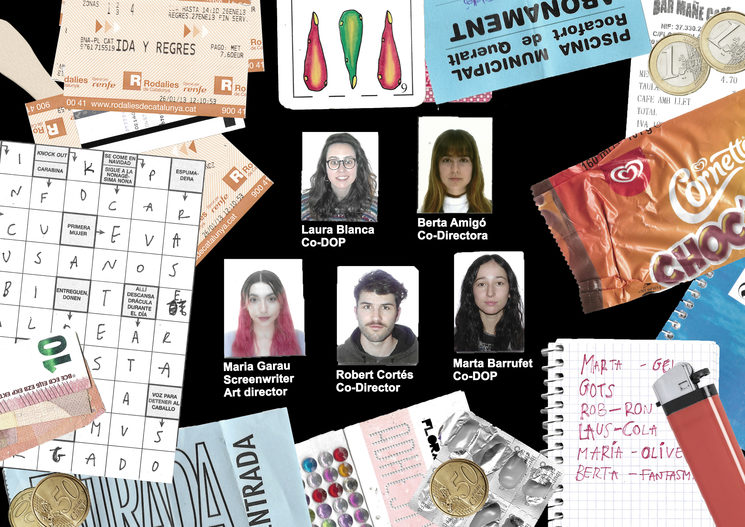 After collaborating on other people's projects, we were eager to develop and move forward with a collective idea of our own from scratch. Now, with the help of a fantastic team, it's our turn to create our own project, and that's why we are here :) 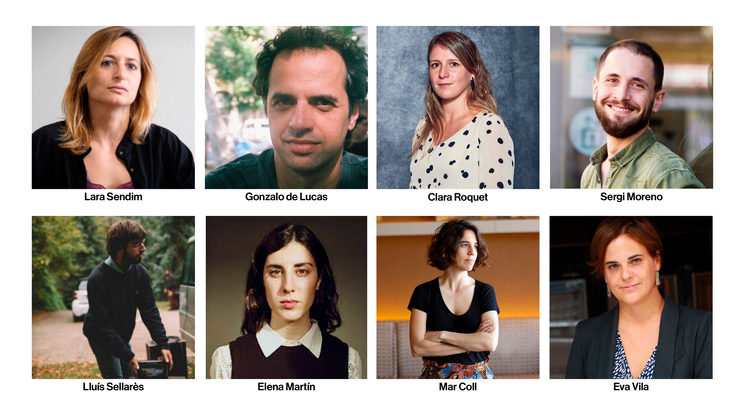 Lara Sendim - Screenwriter and playwright. Co-writer with Oriol Paulo of the films Durante la tormenta (2018), Contratiempo (2016) and El Cuerpo (2012), and story editor of the series El inocente (2021) produced by Netflix. She has worked as script coordinator for daily series on TV3 such as El Cor de la ciutat (2009) o Com si fos ahir (2017).

Gonzalo de Lucas - Director of the Audiovisual Editing postgraduate course and lecturer at the UPF, Programmer at Xcentric, Co-editor of the magazine Comparado/ive Cine and writer of the books Vida secreta de las sombras and Lo blanco de los orígenes, among others. He has tutored and produced films such as Las Amigas de Ágata (2015), Julia Ist (2017) and Yo la Busco (2018).

Clara Roquet - Winner of the Goya Award for Best New Director and Best Screenplay at the Gaudí Awards with her feature film Libertad. Writer and director of the short films El Adiós (2015) and Les bones nenes (2017). She has worked on the screenwriting team for films such as Petra (2018) by Jaime Rosales and 10,000km (2014) and Els dies que vindran (2019) by Carles Maques Marcet.

Eva Vila - Director of documentaries such as B-side: Music in Barcelona (2008), El espacio de uno mismo (2009), Bajarí (2011) or Penélope (2018) and delegated producer of films by Isaki Lacuesta, Mercedes Álvarez and Ricardo Íscar among others.

Lluis Sellares - Writer and director of the short film L'home llop (2017), he has participated in the directing team of projects such as Cardo (2021) or Benidorm 2017 (2017) and in the casting team for directors such as Mar Coll and Carla Simón.

Elena Martin - Writer, actress and director of the film Julia Ist (2017). She has collaborated in the direction of series such as Veneno (2020) or Vida perfecta (2019) and has participated as a performer in projects such as Las Amigas de Ágata (2015), Con el viento (2018) or Suc de Síndria (2019). In addition to being a founder of the creative laboratory Els Malnascuts, she is a member of the theatre collective VVAA.

If you contribute your grain of sand to our project, you will be able to enjoy between 16 types of rewards ranging from 10 to 1,000 euros.

Do you like to dress up with the merch of your favorite projects? Among our physical rewards you will find a totebag, a t-shirt, stickers, a stamp, a fanzine, an A3 poster, a lighter and cool stickers!

The fantastic designs of them all have been conceived and created by:

Among the digital rewards you will find the viewing link to view the finished work, aknowledgments in the credits (where your name will appear as a patron) a playlist created with songs that inspire our project and unpublished filming material.

Finally, we also offer experiential rewards, where we gift you with a batch of local and local cuisine, a batch of wines with a designation of origin and a dinner for two at a restaurant in the Conca region.

Here you can check out our rewards in detail: 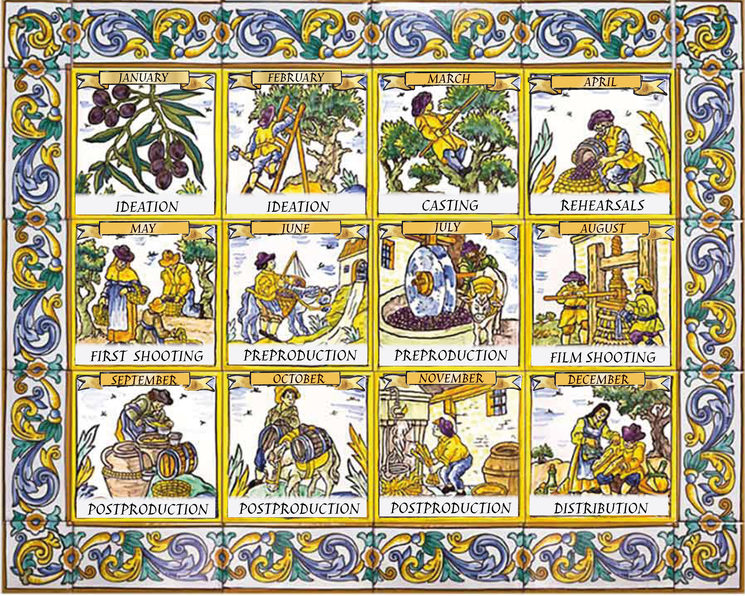 Since our story is set in summer and we need to recreate a village festival, we have decided to plan the final shooting of the short film during the month of August, coinciding with the dates of the village festival where we will be shooting.

For the submitting of our final project, we are planning a first shooting in May, which will be a test for the actors and actresses and for the team dynamics.

The rewards for the backers and the final cut of the short film will arrive approximately during the month of December of this year. 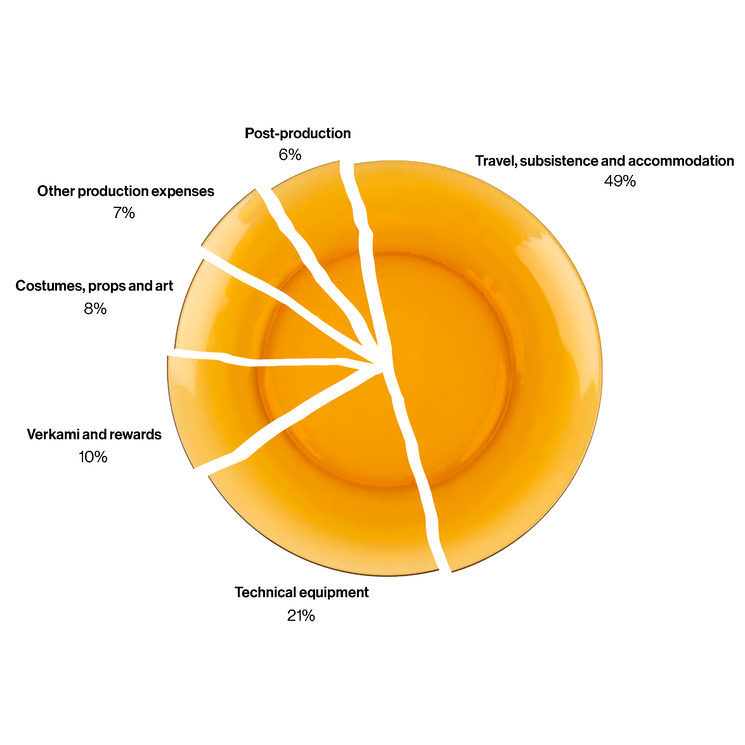 If you want to contact us, you can find us at laesperafilms@gmail.com, and you can also see in our Instagram profile @aqui.descansa little pieces of the project.

Thank you so much for making it this far! See you soon, God willing. 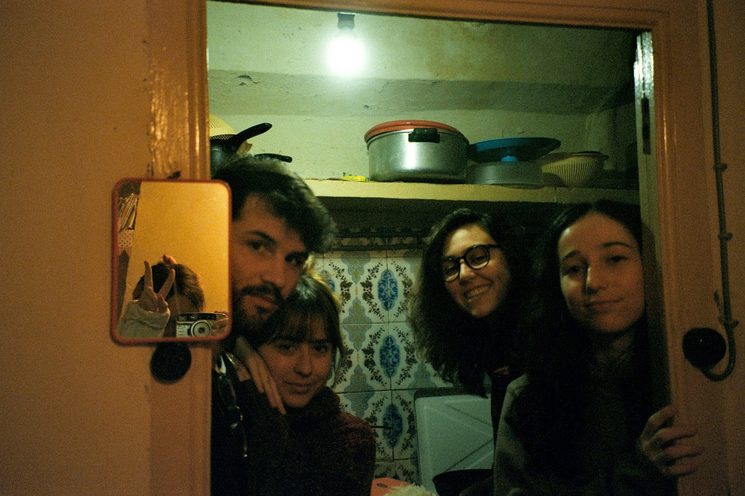 Pull an all nighter

A coffee and carry on

Close your eyes for ten minutes on the train

A powernap with the news on in the background

A nap without an alarm clock

Having an eight-hour sleep routine

Sleeping it off and waking up in the afternoon