"Chronicle of an Abandonment" is about a finding of personal objects in the antique markets. 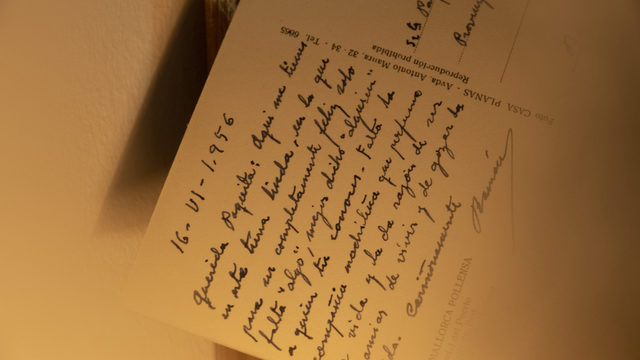 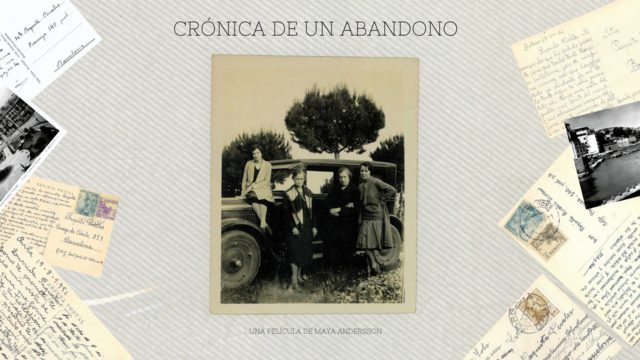 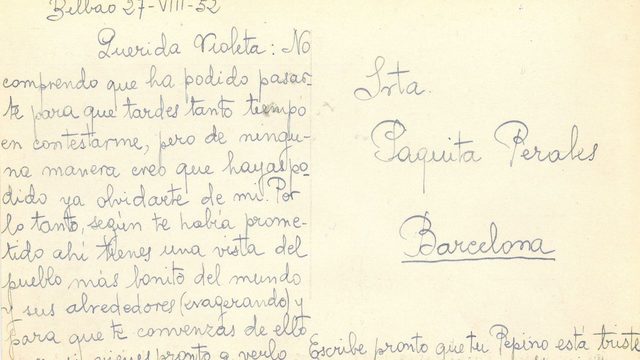 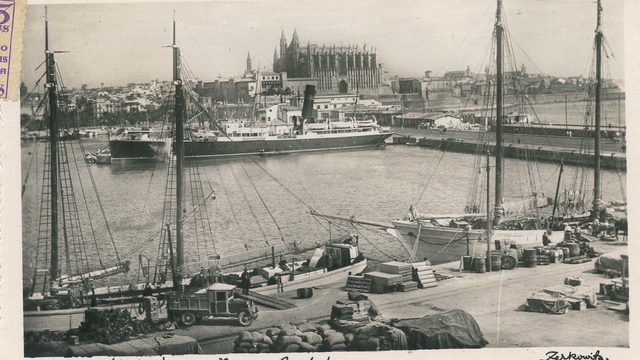 Q&A with the author

Throughout this year, I started collecting various objects and personal files from a market in Barcelona called Los Encants. The idea that something so intimate (personal memories of families, photo albums, travel films, childhood memories...) is found in a flea market seems to me a disturbing and interesting fact.

When I found the postcards of Paquita (a nursing student in Barcelona in the 1950s) I envisioned an opportunity to tell her story. The fact of being able to use them as a device to talk about her fascinates me; the intrigue, the mysterious, the unknown and the coincidences. To be able to give life to the dead. Reconstruct with the abandonment of personal files and how chance intervenes in our lives.

On the other hand, the question of being a woman and how society defines us is a reflection and concern that haunts me. Why does society have expectations of us? What would it have been like to be a woman, at the time of the Franco regime that Paquita lived through?

Through the different portraits of Paquita's reconstructed houses, in this film we are going to enter an epistolary journey about chance and the identity of being a woman.

Many things about Paquita are unknown, but at the same time, we will be able to see her in the film. Being able to portray her also entails portraying a woman in that time and space.

From the postcards she received, we know that she has lived in Madrid, Barcelona and Palma de Mallorca, but it should be noted that the senders of the postcards come from various parts of Spain.

Locating us between the years 1948 and 1950, Paquita was a student at the Nursing Faculty of Barcelona and lived in three different locations according to the postcards, which would be; Calle Paraguay, Calle Provenza and Calle Consejo del Ciento where she went, as her letters highlight, “her paradise of hers”.

After the year 1958, we no longer receive any more information from her. Through the postcards we identify her as single and without children, obsessed with the typical postcards of Spain, a student, pretty, from a large family with several brothers and sisters.

From the information that lies here, she seduces the power of the recreation of this character and how, she has come to end up in the hands of the second character.

As the director of this short documentary, I also decided to leave her as her character, since I found Paquita's letters in the mercat dels Encants. Since then, I couldn't disassociate the smile that this encounter with her caused me. My function is to be able to represent the cycle that our personal objects have and how they end up in other hands. Create a small community of being a woman and being able to intertwine Paquita's journey and mine.

In order to recreate the houses where she lived, we are going to shoot in locations around Sitges, being able to immerse ourselves in the world of Paquita. With the help of Art Direction, the house will be set in the 50's, being able to represent who Paquita was.

Also, we are going to shoot in other locations around Barcelona, ​​such as; The immaculate residence where Paquita lived, the very flea market where she found the postcards, etc. Due to the various locations and the logistics of this short film, we have decided to create the Verkami page for this project to go ahead!

As a student of the Documentary Master of the ECIB in Barcelona, ​​this short film is part of the final project carried out by Maya Andersson and the support of the members of the class (Mireia Olaya, Elisa Hernandez, Karla Andrade, Anibal Gonzalez and more), with a Photography Direction team (Gonzalo Giménez Delgado and more) Sound and Postproduction.

Also, staff outside the school itself will be included, where they will support us with art direction -Maria Lipchak- and music composition -Alejandro Finger-.

Your contributions will be directed to the logistics sector, catering and art direction. Due to the mobilization of the team, we need this support in order to have safe logistics for the team.

Q&A with the author