“Proposals for Santarcangelo” is the art book Peter Liversidge, an important english visual artist, conceived for Santarcangelo and its festival: it gathers together 68 proposals, ranging from pragmatic ideas to visionary and poetic conceptions.

Santarcangelo di Romagna, Italy
This project ended May 25, 2013 without achieving its objective
0
seconds
37
Pledges
1.840€
From 9.000€
The link to the project has been copied to your clipboard

Contribute to the project
View project in Italiano

The Proposals series is a collection of art books produced for commission by Peter Liversidge: listening to a place, its histories and its inhabitants, the artist elaborates in a proposal form tens of sentences, ranging from suggesting tangible ideas to launching visionary and poetic images.

The artist’s overlook at a context opens up a participatory and therefore politic imagination, inviting everybody – artists, citizens, institutions – to look at a place with a new perspective, that of another possible universe.

Proposals for Santarcangelo collects the 68 proposals that Liversidge wrote for the international theatre festival Santarcangelo 12 • 13 • 14 International Theatre Festival, interpretating the request to connect in his work the Festival and the city hosting it, Santarcangelo (Rimini, Italy).

Previous Proposals editions have been realised for cultural institutions such as Richard Ingleby Gallery and the Edinburgh Festival (Edinburgh), the Contemporary Art Museum and the Kiasma theatre (Helsinki), and for commercial subjects like Town Hall Hotels & Apartments (London).

The Proposals are a collection of books pushing the reader to go beyond the page: they generate thoughts, spark immagination, invite to produce possibilities and ideas for our common living. 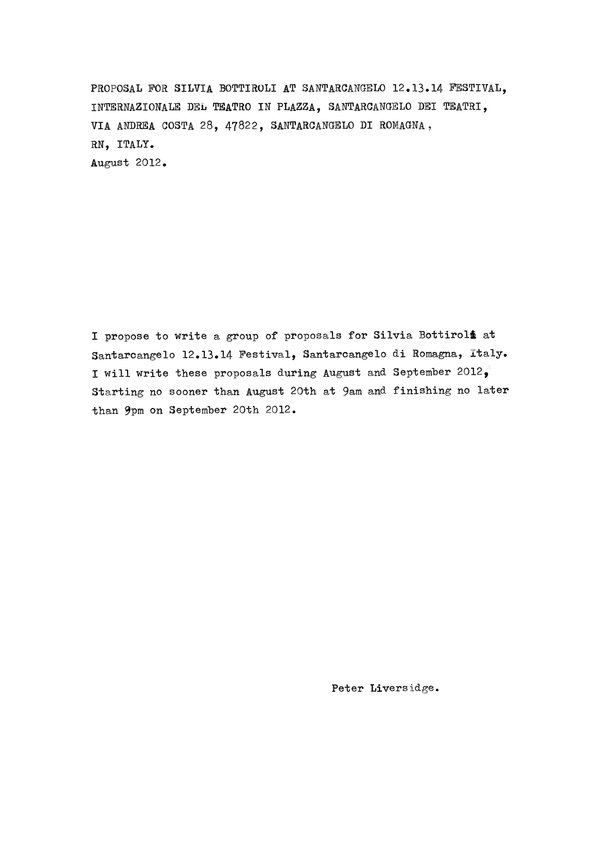 Peter Liversidge (Lincoln, 1973) is a visual artist working with different languages, ranging from artbook to photography to video, in a tight connection with the expositive space. His work has been presented from the Marina Abramovich Foundation for the preservation of Performance Art (New York), Chapter (Cardiff), Art Basel, Richard Salmon Gallery and Tate Gallery Archive (London), Ingleby Gallery (Edinburgh). The latter represents the artist in Europe since many years. 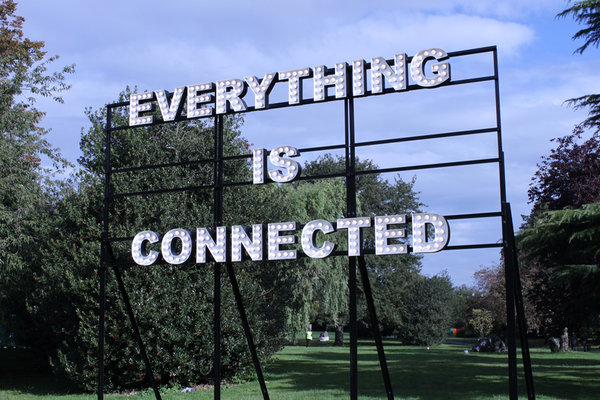 WHY WE NEED YOUR CONTRIBUTION?

The project, active from 2011, in 2012 has seen Peter Liversidge as an artist-in-residence in Santarcangelo. In this on-field research phase the artist had the chance to collect materials, study the territory and encounter its inhabitants.

We are now realising the book Proposals for Santarcangelo, which following Liversidge’s editorial directions will display the following characteristics:

Together with the “proposals”, written and layed out by Liversidge on an old Olivetti typewriter, the book will display two italian appendix: one with the translations of the texts, and the other with the list of all the subjects and individuals which have contributed to their production.

Your contribution will cover printing and translation costs, together with the realisation and deliver of the prizes. 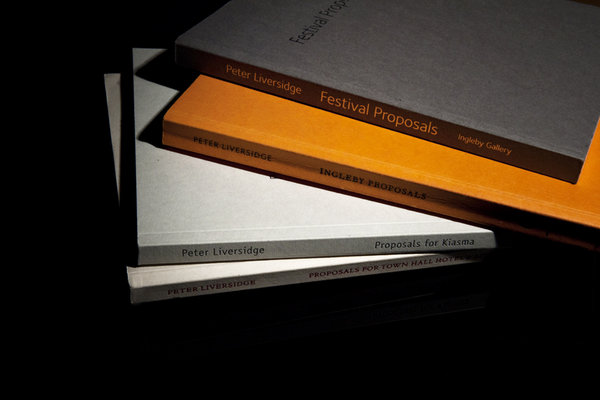 WHEN WILL THE PROJECT BE REALISED?

The book Proposals for Santarcangelo will be printed in May 2013 and will be released and distributed from the 12th to the 21th of July 2013, during Santarcangelo •13 International Theatre Festival. In those dates, other artists present at the festival will be invited to enact in a public and performative way some of the proposals.

WHY A THEATRE FESTIVAL PRODUCES AN ARTIST'S BOOK?

We decided to committ and produce Peter Liversidge’s book because it allows us to donate to the city of Santarcangelo an artists perspective on its everyday places, providing new ways of experiencing the urban space and live together. Because being an action – the artist’s residing, observing, researching, imagining and writing – referring to other actions – those of the citizens and of the festival audience that from here now will read, imagine and enact, if they will, some proposals – it is a very “performative” project. Because it is a project that creates new insights. And finally because we image to deliver the Proposals to other artists as an invitation to carry on the game, multiplying it, with different forms.

WHERE WILL THE BOOK BE DISTRIBUTED?

The book will be distributed in the libraries and in some selected dealer during Santarcangelo •13. Moreover, it will be possible to buy it online on the website www.santarcangelofestival.com. 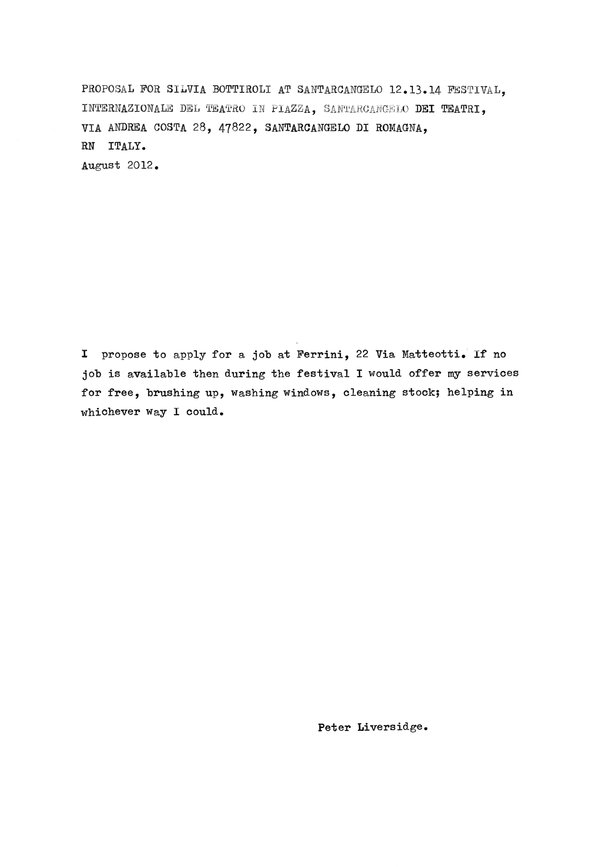