Reggus, 20th anniversary of the reggae festival and other herbs

Reggus is a festival of reggae and other Jamaican rhythm music that has been held in Reus for the past 19 years. It is a reference point in the world of reggae festivals in southern Europe. The festival is 100% self-managed and can be done so thanks to the support of all the agents involved.

Contribute to the project
View project in Català, Castellano, Français and Italiano

in Reus for the past 19 years. It is a reference point in the world of reggae festivals in our country and some known catalan artists have participated (*Dr. Calypso*, Skatalà, Pirats Sound Systema, Ki Sap, The Pepper Pots...), Spanish ones (*Begoña Bang Matu*, Bad Soundsystem, Potato, Morodo ...) and from the International scene (*Skatalites*, Derrick Morgan, Max Romero…). It is the second year that the collective Di Farm Productions organizes this event, picking up the slack from the Reggus Cultural Association. In accordance with the philosophy of the festival, the festival is 100% self-managed and can be done so thanks to the support of all the agents involved. The objectives of the festival are: to promote music from the area, promote local artists and music with Jamaican roots, as well as boosting the alternative leisure are in the countryside. 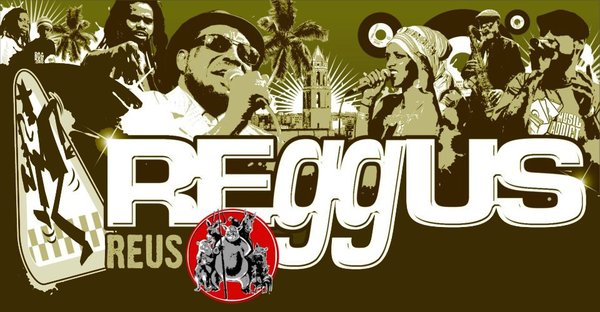 WHO FUNDS THE MONEY

the 20th anniversary of Reggus. We will inform you of the artists and bands that are

confirming their presence at Reggus 2013.

The night of the Reggus 2013 will be on Saturday June 8th. At the same time there will be small acts (presentation, closure, and so on.) the days before and after.