The more I know the less I understand

We’ll rigorously narrate a hitchhiking trip of nearly two months in Israel and Palestine, where we lived and worked with different families. We’ll report an odyssey full of intimate bonds and personal decisions with the intention of showing that there are more than two truths in the conflict and ...

We’ll rigorously narrate a hitchhiking trip of nearly two months in Israel and Palestine, where we lived and worked with different families. We’ll report an odyssey full of intimate bonds and personal decisions with the intention of showing that there are more than two truths in the conflict and that, through little stories, one that can draw different conclusions from those offered by the mainstream media.

But we would be naive if we did not understand that above popular or state interests is geopolitics, which is the science that helps us understand why conflicts take place in one country instead of another and what can be expected in the near future. Furthermore, the analysis gets complicated by an economically global and consequently increasingly complex world.

In this context, where economic power has overtaken political power due to consumption never seen, states have run out of the little credibility they had left and citizens see themselves in the hands of global powers alien to their particular interests.

The case of Israel and Palestine stages properly many of the tensions that are leading the world to a dead end. Interspersed in it are many unresolved frames that somehow affect us all. The plundering of the natural resources in the Middle East, the police states of a Western government that fears losing control, non-violent disobedience as a global tool, the nationalist use of religion , reliance on multinational companies, etc.

Thus we have considered the situation in a way that can help us understand our role as a global civilization. On the one hand, global geopolitics, which is what will give us the keys to understanding who is playing the great chess game and for what purpose. On the other hand, the exclusively individual interests, which due to their low power against groups of domination must understand what unites them and will allow them to be the masters of their destiny.

Do the checkers understand what their power is and how to use it in order to not participate in the plan for world domination imposed on them? Can self-sufficiency give us some useful answer?

The land has served as a starting point to shine a light otherwise on such an exploited conflict and with this philosophy we have made a documentary in an area of the world that has been for nearly a century at war. 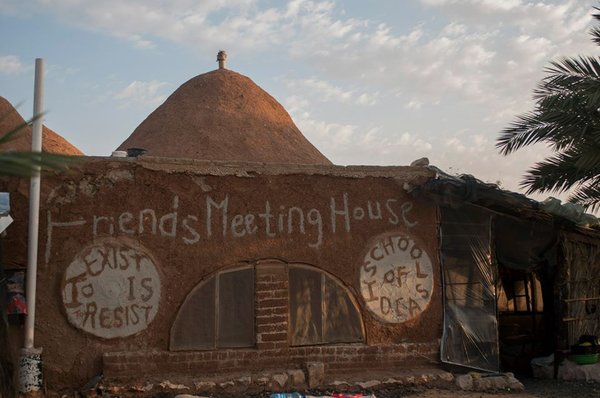 Shelter for volunteers in the Jordan Valley. 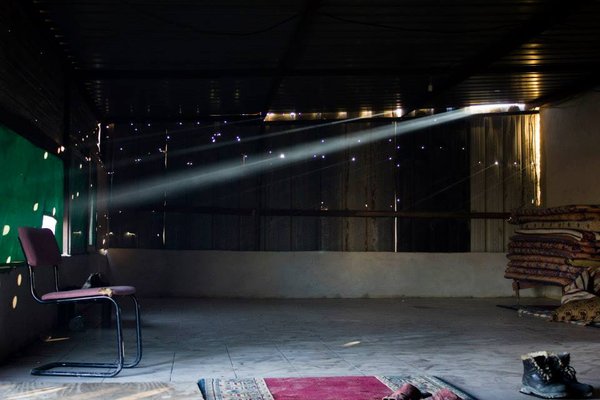 Meeting room (shick) of a Bedouin tribe in Tel Arad. 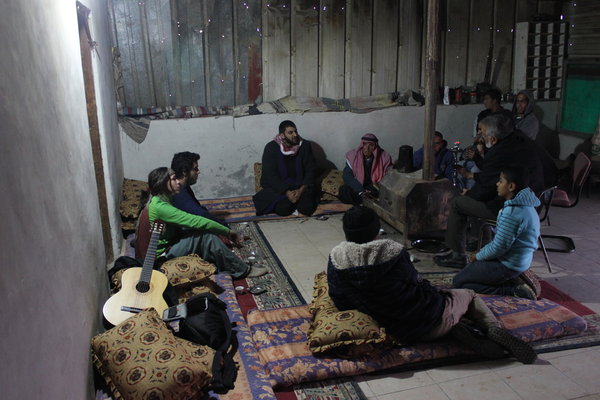 Gathered in the *shick *. 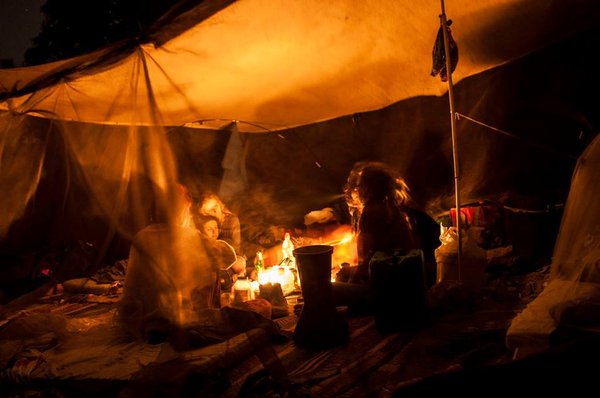 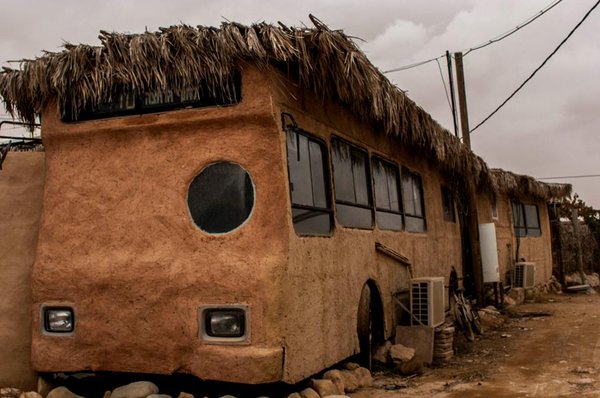 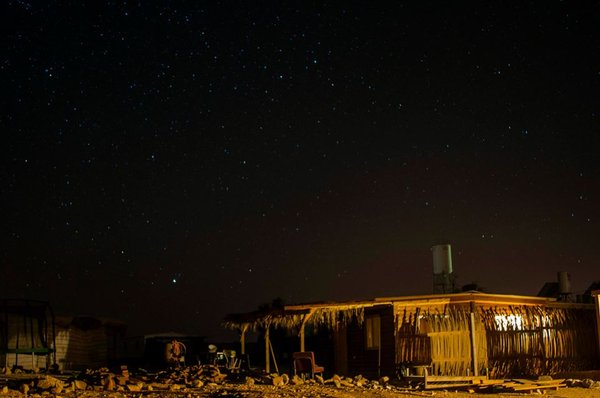 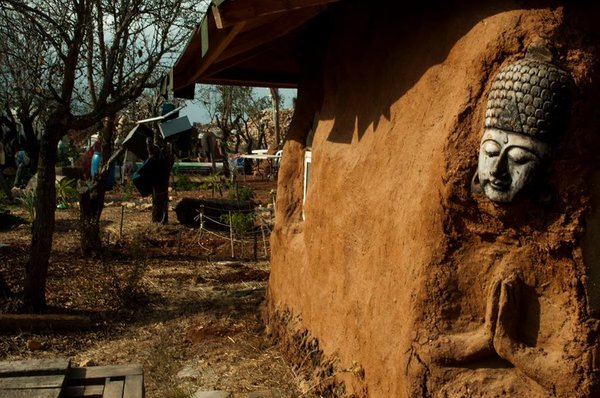 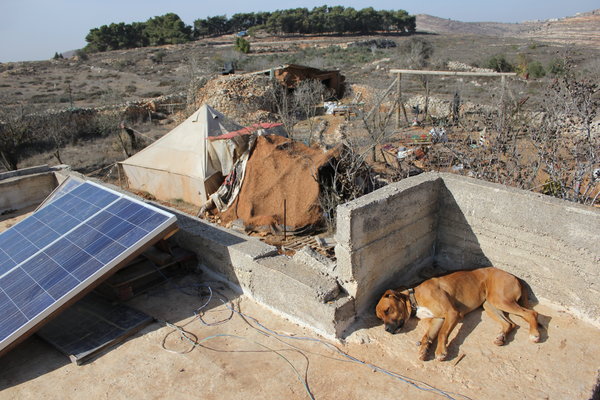 WE NEED YOUR SUPPORT TO END THIS DOCUMENTARY

We have recorded all the necessary materials and we count on a small team of people who want to help pull this off, but we need your support to do the post production of images and sound(the core), and also for shirts, a print magazine, a print photo report, the poster of the film and more stuff that appear in the 'rewards' zone. We also wish to give a chance to see the documentary in several languages and at least we would like subtitling in English, Spanish and Arabic. 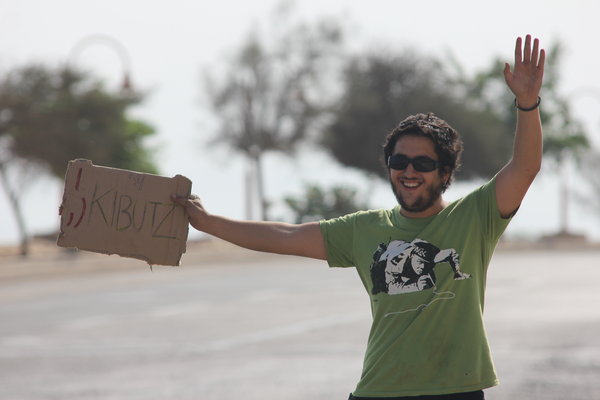 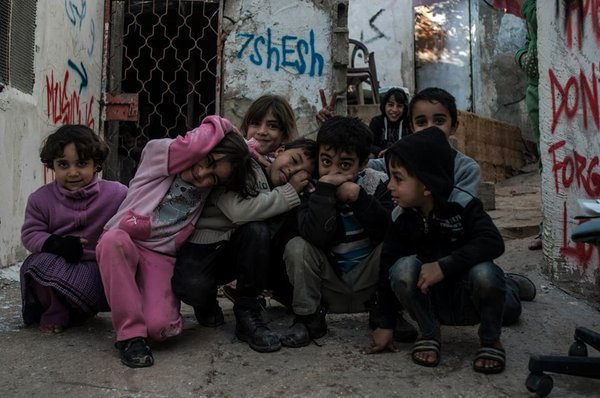 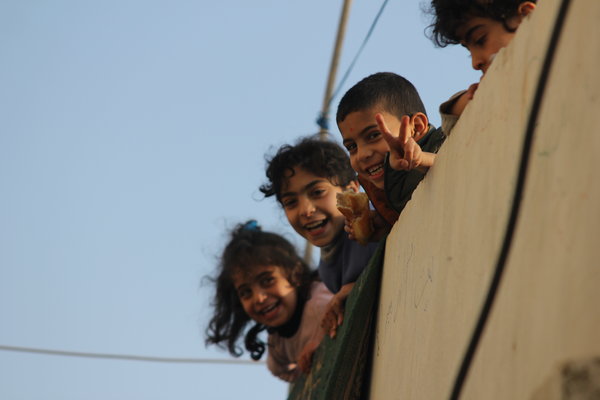 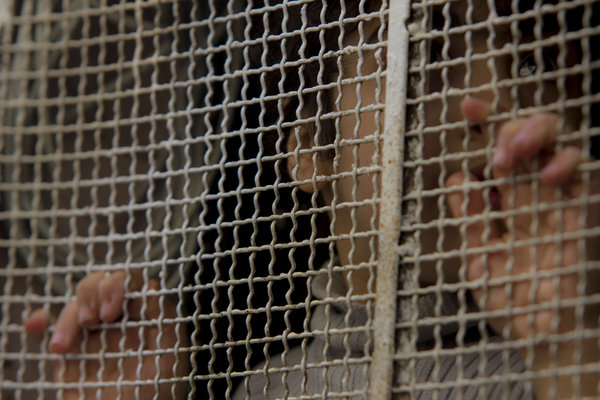 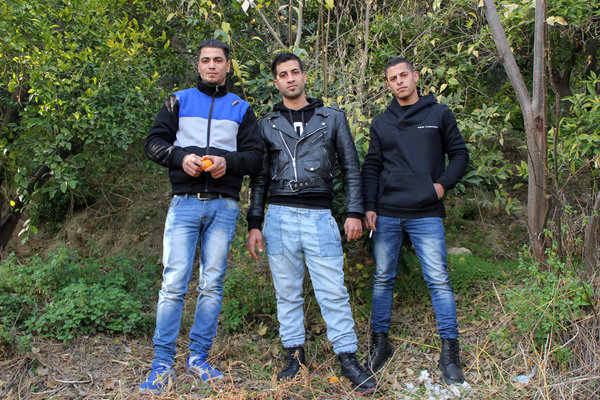 SKETCH OF THE FUTURE SHIRT (female model, more colors, other designs ... and we are open to suggestions) 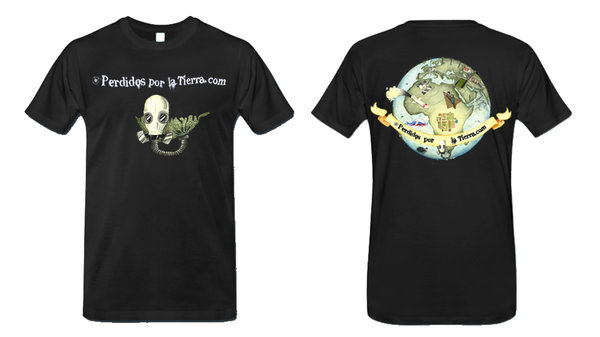 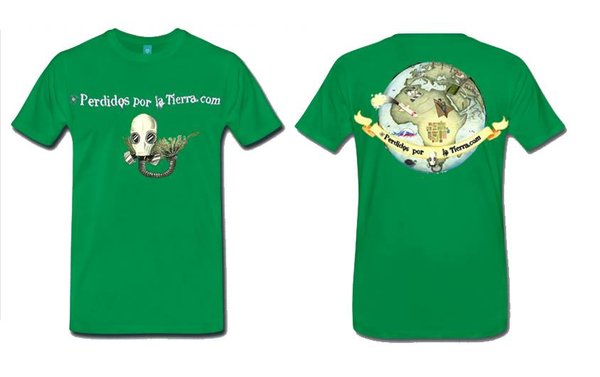 Between November 2013 and January 2014 we made the trip and we shot the film.

From March to May we have organized the material, developed the script and contacted the team that will work with us.

From May to July we will be watching the outcome of this crowdfounding and depending on the success we will consider how to implement our idea.

If all goes well, starting in July we will spend a few months, not more than three, to edit the documentary with the help of our team to launch in Autumn what for us is a dream: The more I know , the less I understand.

WHO MAKE UP FOR LOST ON EARTH?

Journalists and creators of the project: Isi Serrano and Vicente Sánchez 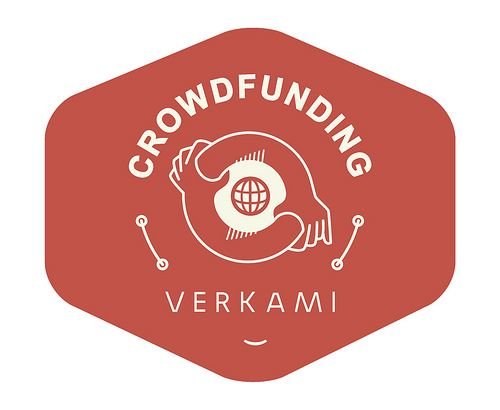