Let us all tell Europe together that the Catalans want to vote. We are taking 10 Catalan Human Towers to 7 European capitals to claim the right to vote. The human towers will be raised simultaneously on 8th June at 12h with banners showing a democratic message loud and clear: #CatalansWantToVote.

Contribute to the project
View project in Català, Français, Deutsch, Português and Castellano

On 8th June, at 12 midday (Catalan time, GMT+1), 10 groups are going to build human towers simultaneously at important locations in 7 European capitals, sharing the same message, telling people loud and clear that the Catalans want to decide their future on 9th November, 2014: Catalans want to vote!

The “Catalans want to vote. Human towers for democracy” project wants each and every one of us to speak out from the bottom of our hearts for democracy. We want our voice to be heard in Europe and the rest of the world through the Human Towers and what they represent telling the whole wide world that the Catalan people want to democratically decide their future as a nation.

Not only are the Human Towers one of the cultural events with the most repercussion internationally, declared Intangible Cultural Heritage of Humanity by UNESCO, they also symbolize what Catalan men and women are yearning for at this historic moment in time: we group together, make the most of diversity and thanks to the combined effort of everyone involved, we manage to touch the sky.

The European cities where the Humans Towers will be raised, together with the groups that will make this happen are, in alphabetical order:

Any other groups who would like to join the project can do so by building human towers in their towns using the message: "Catalans want to vote / Volem votar". 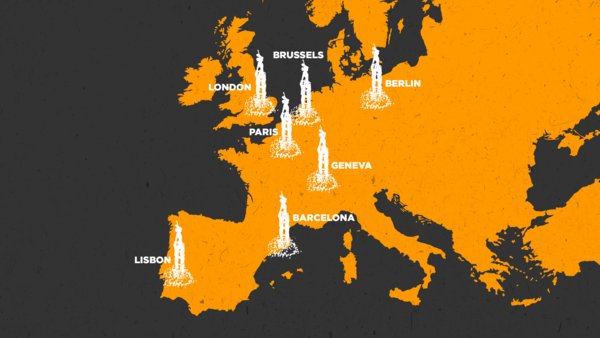 This cultural and social event speaks for itself: everybody is invited, from the youngest to the oldest, with their different coloured shirts from the base of the human tower to the very top. An example of cooperation, a reference for self-improvement and social connection. A human image of who we are and what the Catalan people want.

This event is the combined effort of many people and social organizations from the Catalan society.

It was started by Òmnium Cultural, a non-profit organization that works to promote the Catalan language and culture and defend Catalan national rights, with the collaboration of the Coordinator of the Catalan Group of Human Towers.

Together, we are going to make history, again.

You can find us at:

We invite you to use the tag #CatalansWantToVote to spread this initiative across social networks.

Share our publications and make our voice be heard further afield.

WE NEED YOUR HELP TO TELL EUROPE THAT THE CATALAN PEOPLE WANT TO VOTE DEMOCRATICALLY TO DECIDE THEIR FUTURE. YOU CAN MAKE IT HAPPEN. CAN YOU HELP US? 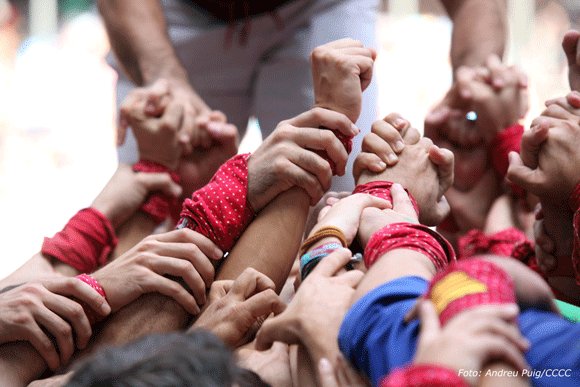 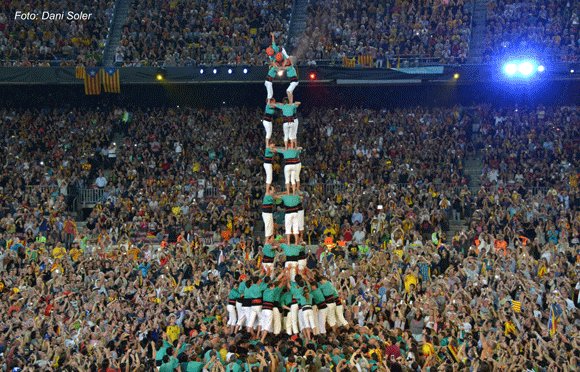 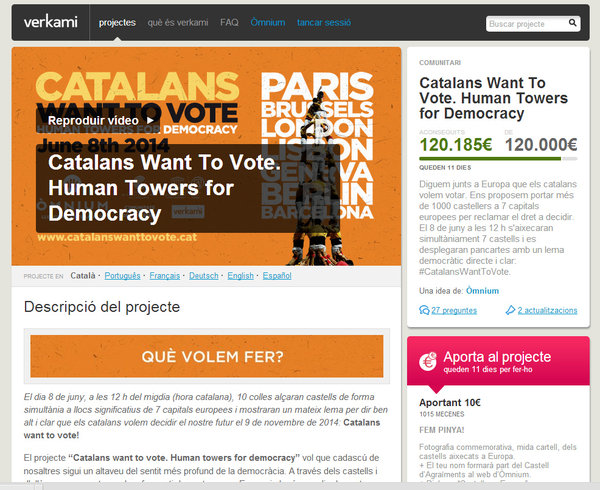 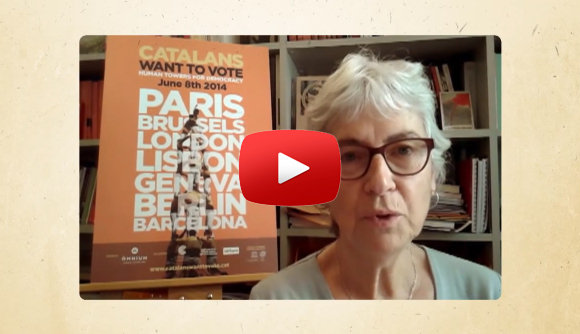