The Catalan Pyrenees, the post-civil war era and death are the main characters of our project. Also a ten-year-old kid: Miquel. The forest is his shelter, where dream and fantasy still survive.

Mater Salvatoris is a short film chosen by ESCAC (Superior School of Cinema and Audiovisuals of Catalonia) as a final degree project.

The Catalan Pyrenees, the post-civil war era and death are the main characters of our project. Also a ten-year-old kid: Miquel. The forest is his shelter, where dream and fantasy still survive. When Miquel accidentally kills a rabbit while playing and finds out about his mother’s death, he will blame himself, finding a connection between both incidents.

Mater Salvatoris will be built from a poetic narrative, staying away from the exaltation of feelings but getting closer to the spectator in a different way, with a pace similar to the oriental one, whose nature will be also reflected in the soundtrack. This combination of elements tries to reach a universal form without losing the essential bond to the culture and the history of our country.

Black and white as a chromatic reflection of guilt and grief, a strong wind that isolates the village and silence as the response to adversity. Mater Salvatoris will take place in the High Pyrenees and among its colossal mountains, which also remain silent about the Civil War tragedy.

This is the dark background where Miquel lives.

Is there any hope for salvation?

Mater Salvatoris was born from a need to make visible that kind of cinema that understands itself as an artistic projection. This need originated from personal motivations as well as from the belief that movies are capable of transforming the spectator to a very deep level.

The influences and references are numerous, whether from cinema (*Ivan’s childhood* by A. Tarkovski and The Turin House by B. Tarr) and literary (*Death in spring* and So much war, M.Rodoreda) and also musical (the sounds of the shakuhachi, a traditional Japanese flute).

In an ephemeral society, the members of the Mater Salvatoris team believe in something more permanent and look for a cinematographic form, in the Catalan post-war period, that allows us to get closer to human experience and, at the same time, to a transpersonal experience.

The most interesting thing about Mater is that its greatness is born from simplicity. The mourning, from negation to the acceptance of death, is explained through the visual metaphor of rabbits. There, in that place where Japanese are great and summarize aging with an “old man alone cutting an apple”, that’s where Mater Salvatoris is also great. Angello Faccini, Cinematographer.

It will be a long wait, a shock, thoughts about life and death. We will make evident the representation of this moral reflection as well as the kid’s awakening and innocence. We will definitely show the rhythm of his heart’s beat, trying to get the spectator’s own heart to beat as well. -Júlia Bagaria, Editing

Our objective is creating intense, poetic and allegorical images that convey pain and hostility. The spaces are conceived from the dark loneliness of the main character and the strangeness. We are also dealing with the responsibility of respecting historicity as well as suggesting a subtle metaphorical review. -Anna Llubera, Art Director

Mater will have a sound spectrum based on silence and wind as a mean of expression. We will prove that the absence of a conventional dialogue can also transmit concepts: the loneliness and desperation of the main character. Oriol Bonals, Sound Director

Mater will predictably start shooting on 31 October until 10 November. Preproduction takes place between present time and those dates. The premiere is not expected until the end of 2015.

The team of Mater Salvatoris wanted to find a village that suited completely the ambitions of this short film. And we found Farrera to suit them up to our expectations.

Farrera is located in the region of Pallars Sobirà, 40 kilometers far away from Andorra. In the last few decades this village has become a Mecca for artists and researchers. The main reason for it is the Center of Art and Nature (www.farreracan.cat) that has hosted may people looking for the right place to develop their creative projects. This welcoming attitude to creation gave us the motivation to look for the complicity of Farrera’s inhabitants.

The municipality of Farrera, that also includes the little villages of Burg and Alendo, are the nerve centre and cornerstone of our short film.

Donations will be destined to usual expenses in a film shooting located in the mountain. In particular, funding will allow us to cover these items:

The difference between the amounts of money we get from this Verkami will be destined to management fees and debtors.

The exclusive original dossier of Mater Salvatoris will be raffled among all contributors, regardless of their donation!

Look for us in the social networks! 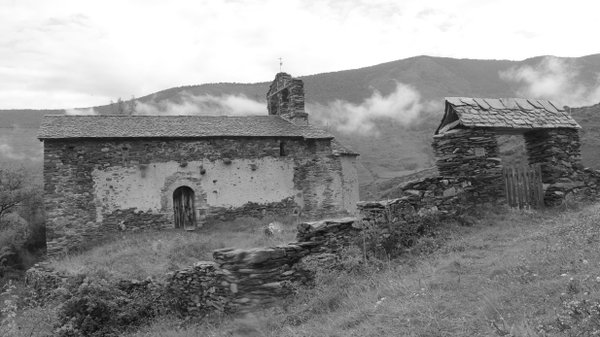 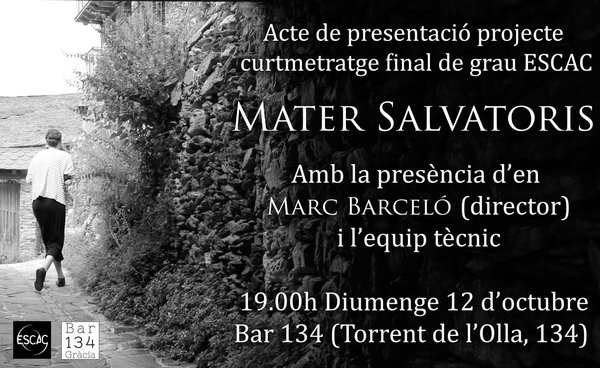 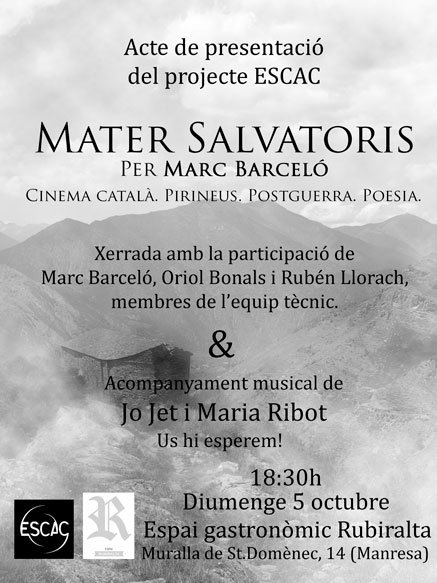