Living, Dying and Being Born in Gaza

It is a photography book accompanied by poems by different authors from the Mediterranean along with our own chronicles. We want to show the hidden face of Palestine. We want to witness daily life as also resistance. We want to make a tribute to the beauty of the people from Gaza.

Living, Dying and Being Born in Gaza is a book looming of a tragedy and a miracle. It is a book with a hundred pictures about people, life, beauty and pain in the Gaza Strip, accompanied by Mediterranean authors and own texts explaining them.

This project began in 2009, when I stayed just for three days in Gaza and I was expelled because of the Egyptian pressure. In 2010 I sailed with the Freedom Flotilla and spent three days in Israel prisons. This 2014 I managed to shirk all difficulties and live three months along with the people from Gaza just before the Israeli attack.

The mass media have repeated endlessly scenes of death and destruction. But they have hidden us the most extraordinary things about everyday life there.

This is a book that, among the tragedy, collects the beautiful things I have witnessed. The miracles that Gaza creates: the ability to live, love, resist and generate beauty to survive the horror. These pictures and words are stories of patience and perseverance, of courage and daily gratitude to life.

What will we do together?

Along with Verkami we make way to break out the silence. We want to walk altogether, to know and learn of the Palestinian people. Since I came back, and with the help of Sembra Books, I began to shape this idea: to show the beauty and the wisdom hidden in Gaza. The result is the project of a book which gathers more than a hundred pictures shot in one hundred days.

Beside the pictures you will find the old words of the Mediterranean. Poets, writers and thinkers of our cultures: Catalan-Valencian, Andalusians, Palestinians, French, Turkish, Romans and Greeks. We walk with Ausiàs March, Estellés, Al Russafí, Llach, Espriu, Aub, Ibn Arabí, Lorca, Darwish, Kanafani and Cavafis. Voices of the traditions that forged us as civilizations.

You’ll also find pieces of tales and less known informations that I found out in Gaza, like the stories of Saint George and his people, the communal property of the land, the conquerors that disappeared one after the other, or the 17 journalists who died in this land in one month time. And maybe the most important stories: Abu Hassan’s, the mechanic of Gaza, the woman that lost an recovered her daughter, the cat that died, the school girls of the Al-Andalus market. Or the family that walks smiling among snipers and war planes. That is, a mosaic of stories about love and war. About resilience. About the will to live.

I am David Segarra (València 1976), independent journalist and documentary film maker. In 2000 I co-founded the independent newspaper L’Avanç. Six years later I departed towards Venezuela where I’ve been living for many years and where I directed and produced over forty documentaries and video clips along with Guarataro Films and Causa. In 2010 I was crew member of the Freedom Flotilla. About this experience I shot the documentary Fire on Marmara.

What will we do with your contributions?

We will publish a book with a well thought, cared edition.

The contributions will be addressed to a very special first edition of 1.500 copies of 21cm x 21cm carved hardback, with book jacket and 240 pages of special paper for pictures.

We don’t want the book to stay at home. Do you know that most of the people who are shot never see themselves in the pictures that fill museums and appear in the front covers?

we want this book to reach Palestine. We want that they have this book at their homes. We want it to tie both shores of our Mediterranean.

That’s why, besides a POSTER of 50cmx70cm and a set of 5 POSTCARDS with pictures from the book and a T-shirt with a verse of Mahmud Darwix on it, we propose a reward in the shape of a BOOK OF SOLIDARITY that we’ll make it to reach the people from Gaza and Palestine. 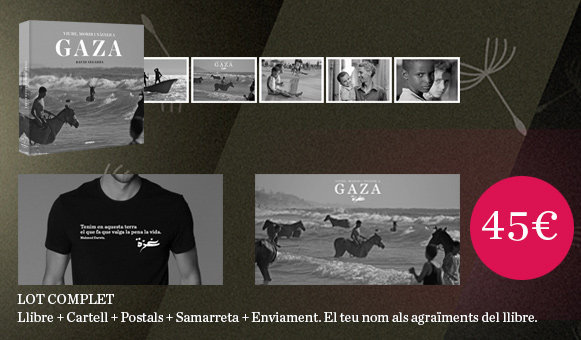 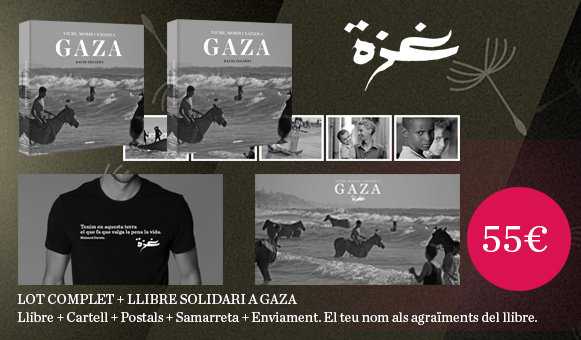 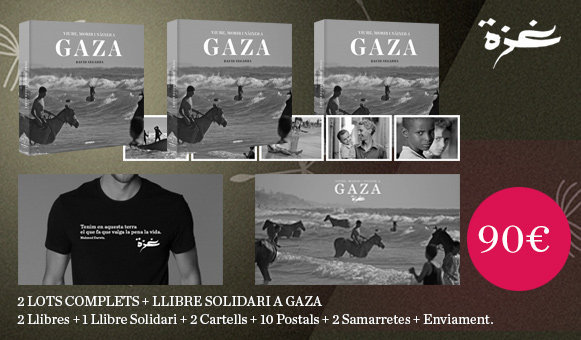 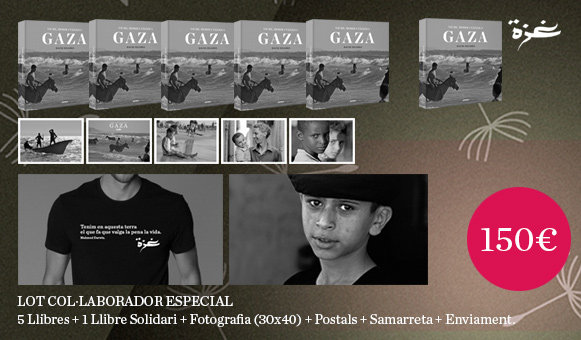 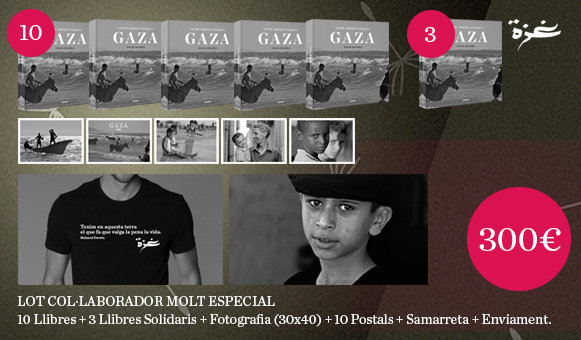 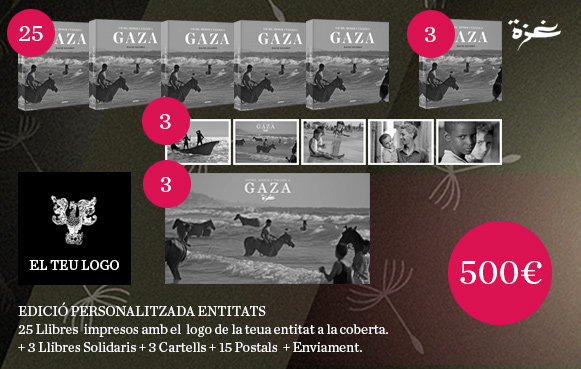 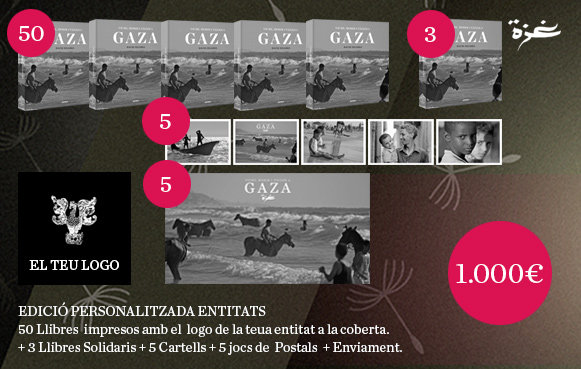 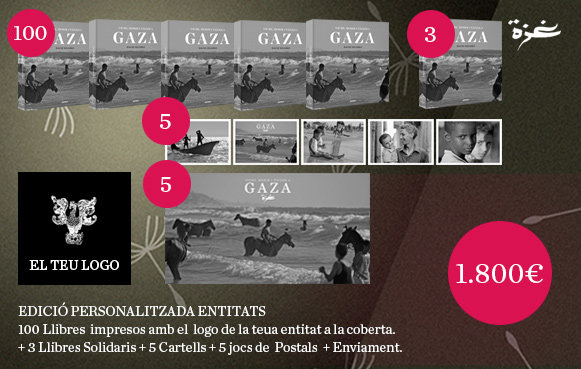 The book is well advanced and we foresee to send it to you in the end of november. 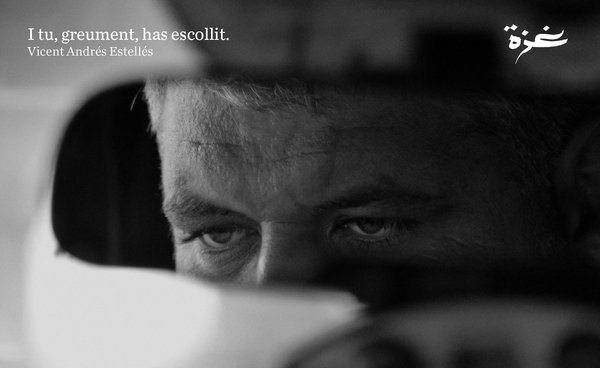