Documentary about the making of Jazzmaica by The Gramophone Allstars Big Band.

Appreciation on the documentary credits

The Gramophone Allstars are releasing their fourth album, ‘Jazzmaica’: an encounter between Jamaican beats and Afro-American music from the sixties. Now expanded to big-band format, the group explores and revisits the path taken by Jamaican musicians decades ago when they discovered soul, funk and R&B hits on American radio stations. The fifteen musician big band brings the explosive energy of songs originally composed as dance music to a higher level. ‘Jazzmaica’ is definitely the most ambitious challenge undertaken to date by The Gramophone Allstars since their appearance back in 2008.

A three-man team has been filming the whole process to make a documentary that pictures how hard, intense, highly planned and emotional has the making of the album been for the band. 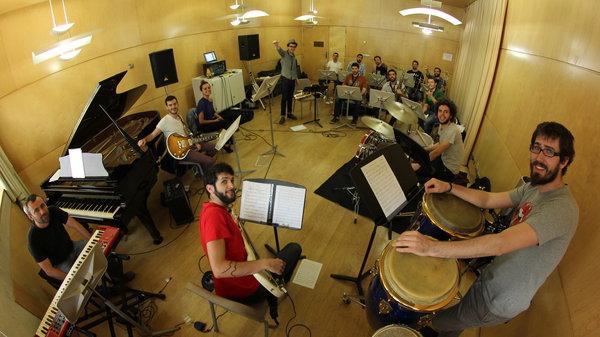 How are we going to use your support?

We need your economical support to assume the costs caused by the shooting, renting material, post-production and other expenses related to the documentay making.

If you help us in making it possible the documentary will be finished around December 2014.

Rewards should be collected in Barcelona. Shipping costs are not included in the rewards and will be assumed by the patron.

Listen to our music:

Appreciation on the documentary credits